The Armfield Club is a recently-formed social club situated just outside the home of Blackpool FC and now supporters are looking to create a mural in honour of Armfield who passed away in 2018, aged 82.

Andy Higgins from Blackpool Supporters’ Trust said: “It has been a real community endeavour from the start – created by the fans for the fans and a good riposte to the years of boycotting.

“We’ve gutted and refurbished the whole place, three floors with help of dozens of local Blackpool fans and companies who have given their time and labour for free or at cost.”

Armfield, who was part of England’s World Cup winning squad of 1966, made over 500 appearances for Blackpool from 1954 to 1971 and was also capped by England 43 times. 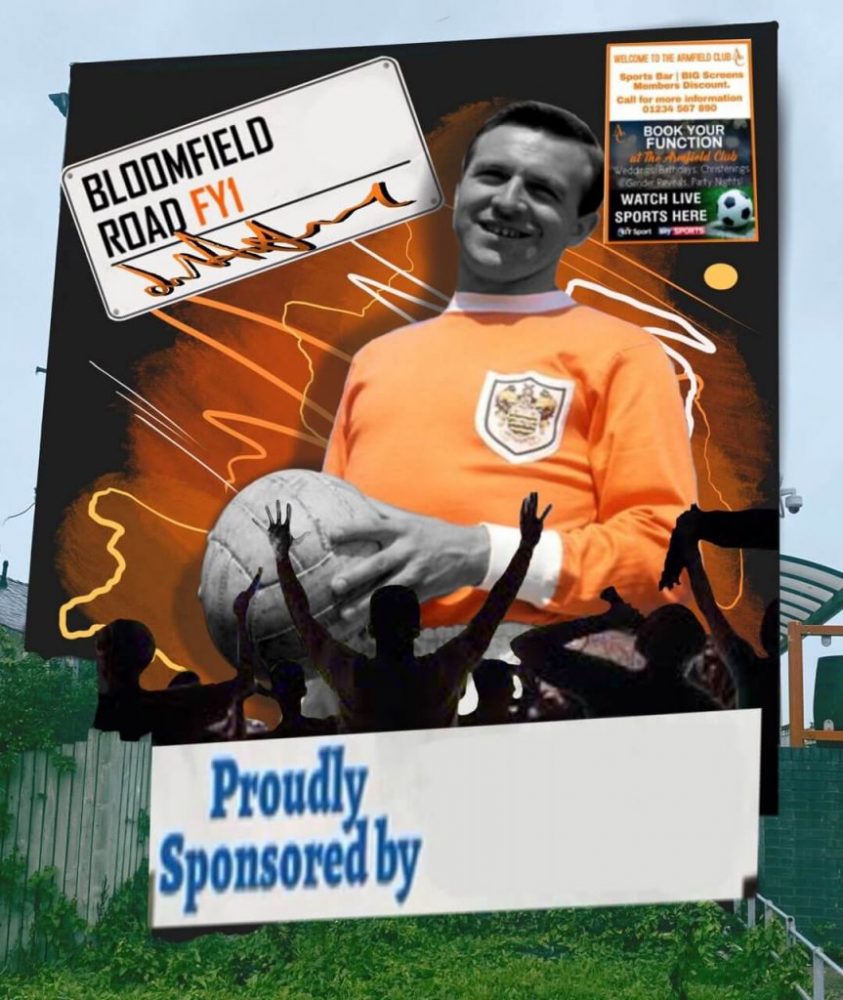 A number of mock-ups of the mural have been produced and the club is working with Blackpool Council, the landlord and a local artist to produce the artwork.

“He was one of us” – campaign to honour Ipswich Town legend

This week MPs acknowledged the work that football fans and supporter groups had done in their communities during the COVID-19 public health crisis.

Plans for this month’s League Cup final have been criticised by supporters of the competing finalists over a lack of “logic or common sense”.