The Brian Lomax Cup takes place every pre-season and celebrates the role of supporter-owned football clubs. The first winner was in 2002 when AFC Wimbledon beat Enfield Town 3-2. The cup is named after Brian Lomax – considered to be the founding father of the supporters’ trust movement. He sadly passed away in 2015. Richard Irving attended this year’s match, his report is below…

Enfield Town ran out 3-1 winners against FC United of Manchester in the latest edition of the Brian Lomax Cup at a hot and humid Queen Elizabeth II Stadium on Friday night.

The Trophy, awarded in memory of Brian Lomax the inaugural chairman of Supporters Direct, is played for each year by two community-owned clubs and, on this occasion, a crowd of 403 including a healthy number from Manchester enjoyed a contest between two sides now playing at step seven of the game.

The game itself could well have been over within eight minutes as the hosts raced into a two goal lead courtesy of some defensive mishaps which allowed first Josh Davison and then the prolific Billy Bricknell to put Enfield in control. A fine effort from Michael Donohue brought FC United back into the game but that man Bricknell scored again before half time to restore the two goal lead. 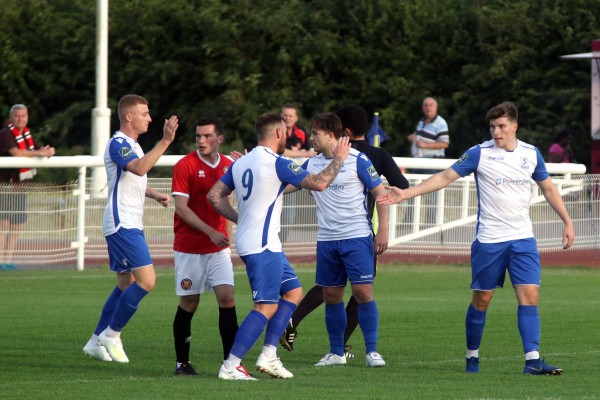 FC United improved hugely in the second half and were unlucky not to reduce the deficit further but with no additional scoring the game concluded with Enfield Town running out worthy 3-1 winners.

Town captain Ryan Blackman was presented with the trophy by FSA staff member Richard Irving (who earned a temporary promotion thanks to the Stadium announcer’s misreading of his notes) and both sets of players posed together for photos as the suitably refreshed members of the Manchester team’s support serenaded them off the pitch. 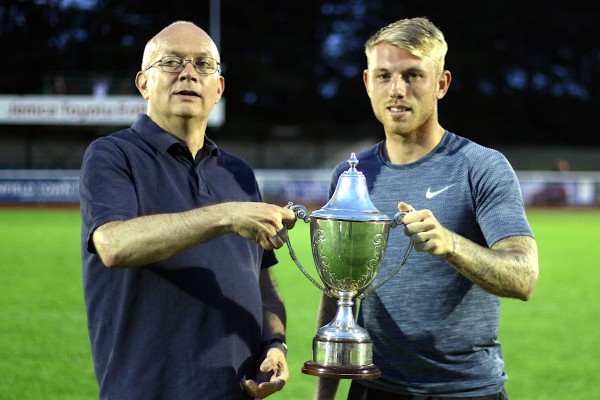 With an overnight trip to the south coast in advance of the following day’s fixture against another community owned club, Lewes, to look forward to, those same fans stayed behind and continued to enjoy themselves late into what had turned out to be a very entertaining evening.

Thanks to Phil Davison for the images used in this blog.

Last week the Queen’s Birthday Honours were announced and included among them was a British Empire Medal for former-chair of Supporters Direct, one of the predecessor organisations of the FSA, and Brentford fan Brian Burgess.

‘Ours’: Film highlights strengths of fan-ownership

A new documentary film highlighting the strengths of fan-ownership will be premiered on BT Sport next week.