Our friends at the Centre for Access to Football in Europe (CAFE) work with fans, clubs and governing bodies towards one clear aim – a more accessible and inclusive matchday for disabled supporters across Europe. CAFE have been named as the official charity of the 2013 UEFA Super Cup charity auction.

Below they explain how you can raise funds for CAFE… 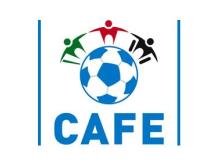 UEFA has this week launched a charity ticket sale auction for the match between the UEFA Champions League winners, FC Bayern München, and the UEFA Europa League winners, Chelsea FC, at the Eden Stadium in Prague on Friday 30th August at 20.45CET.

UEFA will donate all raised funds to CAFE, working towards achieving a more accessible and inclusive matchday experience for disabled supporters across Europe.

David Bernstein, CAFE Chairman, says: “We are delighted to have been nominated by UEFA as the recipients of the UEFA Super Cup 2013 charity ticket auction. On behalf of everyone at CAFE, I wish to warmly thank UEFA for its unwavering commitment to our critical works.

“The charitable funds raised will be used to further progress our projects towards creating an inclusive matchday experience for all European disabled fans.”

The FSF blog is the space to challenge perceived wisdom, entertain readers and inform our members. The views expressed on this blog are those of the author – they don’t necessarily represent FSF policy and (pay attention journalists) shouldn’t be attributed to the FSF. Have your say below and play nice…

Earlier today it was reported that Premier League clubs Liverpool and Manchester United are in talks with Europe’s biggest football clubs about on their secret plans to join a new FIFA-backed tournament that would create a de facto European Super League.

More details emerged this week of a breakaway European Super League consisting of 15 permanent teams – and the plans have drawn criticism from across the game.

Led by Football Supporters Europe (FSE), of which the FSA is a member, fan groups across the continent today united to condemn plans by a selection of Europe’s biggest clubs to form a breakaway European Super League.