As it’s International Women’s Day we thought it a good time to speak to some of the women on our National Council – Ally Simcock, Kristine Green, and Sarah Stelling – in a special extended feature. We wanted hear about how they got into football, football activism, and whether they’d ever been treated differently at the match…

Question: At what age did you all start getting into the game? 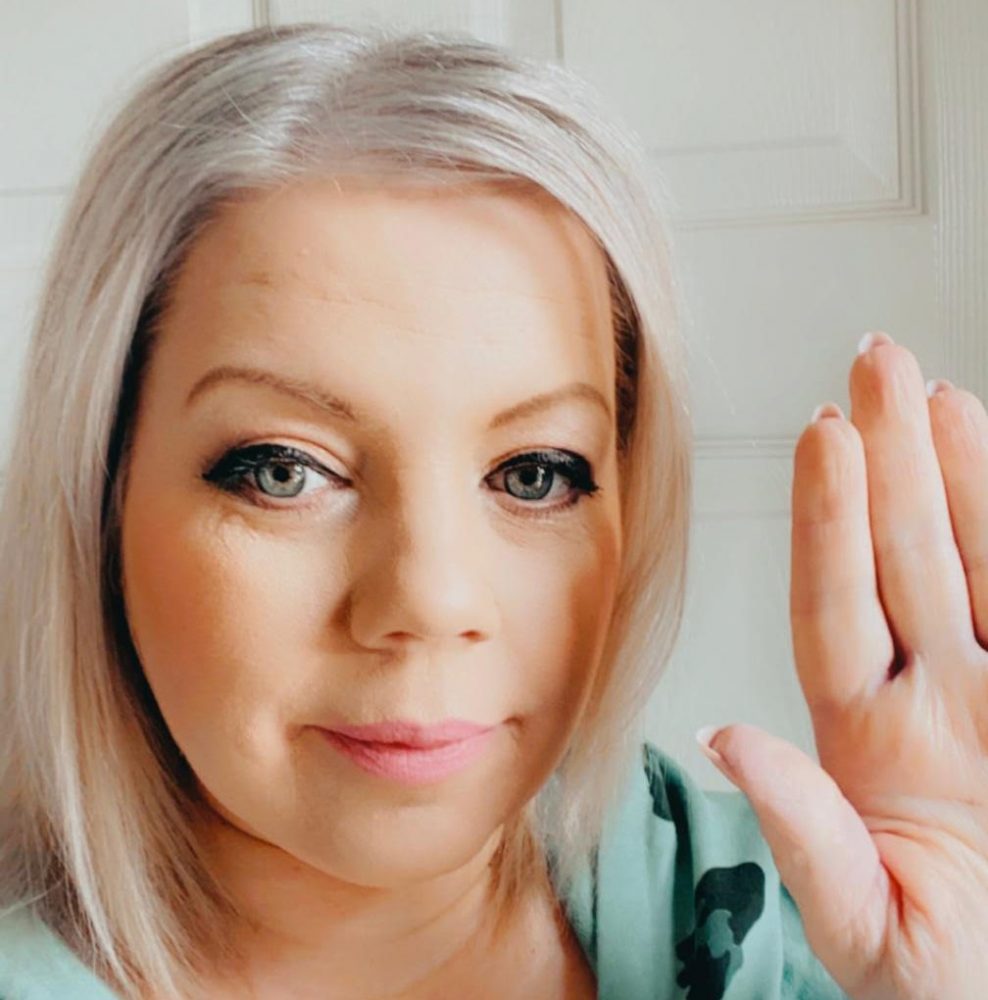 Ally Simcock (former chair of Port Vale Supporters’ Club and club Supporter Liaison Officer) – My primary school was actually next door to Stoke City but I never understood their attraction and it was always going to be Port Vale for me! I was just fascinated by the noise and excitement. So from a really early age I was interested in Port Vale although I never really understood the rivalry until I was ten or 11. At the time it was a boys game and girls didn’t really go to the match – but all the boys at my school used to support Everton or Liverpool and even that used to make me frown – why didn’t they follow Port Vale? It wasn’t until I went to high school I saw more girls who were interested in football and there’s a huge difference nowadays, my 16-year-old was in a team for instance.

Sarah Stelling (York City Supporters’ Trust) – my dad worked for a Premier League club (Leeds United) when they were playing Barcelona and teams like that in Europe in the early 2000s. He also worked for York City so I’ve been a regular at Bootham Crescent since I was about seven years old. As soon as I walked in I knew it was for me. It’s just like a little family and even now, people from years ago will see me and say, “Oh my god, I can’t believe how big you are now!”

Kristine Green (Mariners’ Trust) – no-one in my family was really into football. Not my mum or dad anyway. My uncle was a big Grimsby Town fan and I don’t know how it came about but at seven or eight he asked if I fancied going. Back then everyone at school was Arsenal or Liverpool but I was always Grimsby, even if they did think we were rubbish. By 11 or 12 I’d really caught the bug and we were relegated in 1996-97 but I never missed a game and had a paper round to pay for my tickets. There’s been more female faces at games over the past 10 years which is good, although whether it’s been at away days in the pub, or at meetings with the Mariners’ Trust or FSA, I’ve always been treated fairly as “one of the fans”.

Sarah – I definitely have experienced it where someone thinks I know nothing, and then their mates end up laughing at them, ‘cos I know a bit more than they expect. On the other hand I think with the World Cup and the women’s game in general it’s highlighted that women are into football nowadays. My daughter plays football and I’m a coach too – I’m seeing more female coaches, more females within the crowd and working within a football orientated job at grassroots and above. Whatever sex you are is fine, you can be part of it.

Kristine – I often think that a lot of the “fluffy” ideas done to attract women don’t necessarily come from women but are maybe men thinking this is what women want. “Let’s get in women and kids” – maybe I don’t always want to come with the kids!

(FSA note: Back in 2015 one of our forerunner organisations, the Football Supporters’ Federation, published “Women at the match” which researched women’s match-going attitudes. Respondents made clear that clubs should definitely combat sexism although only 2% said a “male environment” would put them off going to games – as opposed to 59% who identified high ticket prices as a potential barrier – see p9.)

Sarah – Clubs shouldn’t forget economic diversity either. I’ve got four kids, and with two parents, that’s six tickets plus food, drink, merchandise and so on. Family initiatives are needed too. I’ve looked at different schemes for the trust and there have been times when it would have been cheaper for me to take the family to a Championship game. 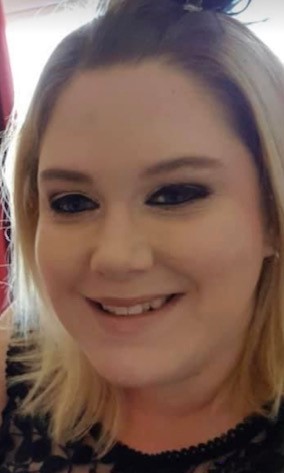 Ally – Kristine and I are also Supporter Liaison Officers and the types of things people complain about aren’t always the things the football industry thinks we care about. To be honest I can’t remember the last time someone complained about the toilets. At Port Vale we makes loads of effort and there is a focus on customer satisfaction but I have to be honest and say I really miss many old grounds too. The toilets at Gay Meadow away might have been awful, but the atmosphere was amazing.

Question: And are there examples of being treated differently which stand out?

Kristine – I’ve never been treated differently but if there are heightened tensions I feel safe in a way ‘cos I’m a women. Our last game that fans were allowed in, away at Scunthorpe, there were a lot of female police officers in the stand who can better calm the situation in many ways.

Sarah – At the third board meeting I attended with the club and supporters’ trust our chairman shook every male rep’s hand but then tried to kiss my cheek. I said to him what are you doing? There’s my hand, shake it! Ever since that day he’s shook my hand and treats me as an equal rather than someone different. I don’t experience that on the terraces or away games so why should I in the boardroom?

Ally – a football chairman patted me on the head once! Patronising or what.

Kristine – I’ve been in meetings and called “love” rather than calling me by my name like everyone else.

Question: You’ve all been match-going fans from quite a young age – at what point did you decide to get involved with your local supporters’ organisation?

Sarah – I made the jump in 2012 when we were promoted and won the FA Trophy. The supporters’ trust was reinvented then and they were looking for board members – asking for people with a passion for the club and flair to make things happen with the trust. I thought I can do that, why not give it a go? The first board meeting was really frightening as it was a room full of men but they were all welcoming and listened to what I had to say, which was a different, younger approach.

Ally – when I first got involved it was as chair so it was a huge leap. The supporters’ club board all decided to step down to make way for new blood, a new era, and I was voted in unanimously. The local paper made a thing of me being the first female supporters’ club “chairman”! Fans expect a lot from you but I’m also a councillor and cabinet member for council so I live my life in the public eye a bit. I put myself out there and generally get respect. Lots of the fans like to give me a hug, and you’re remembering who had a hip op and asking after them. It almost feels part of the “job”! I get tickets for away games but I don’t really get to watch football like I used to on matchdays as I’m busy in other ways.

Kristine – I work hard so people respect that and you hold your hands up if things go wrong. 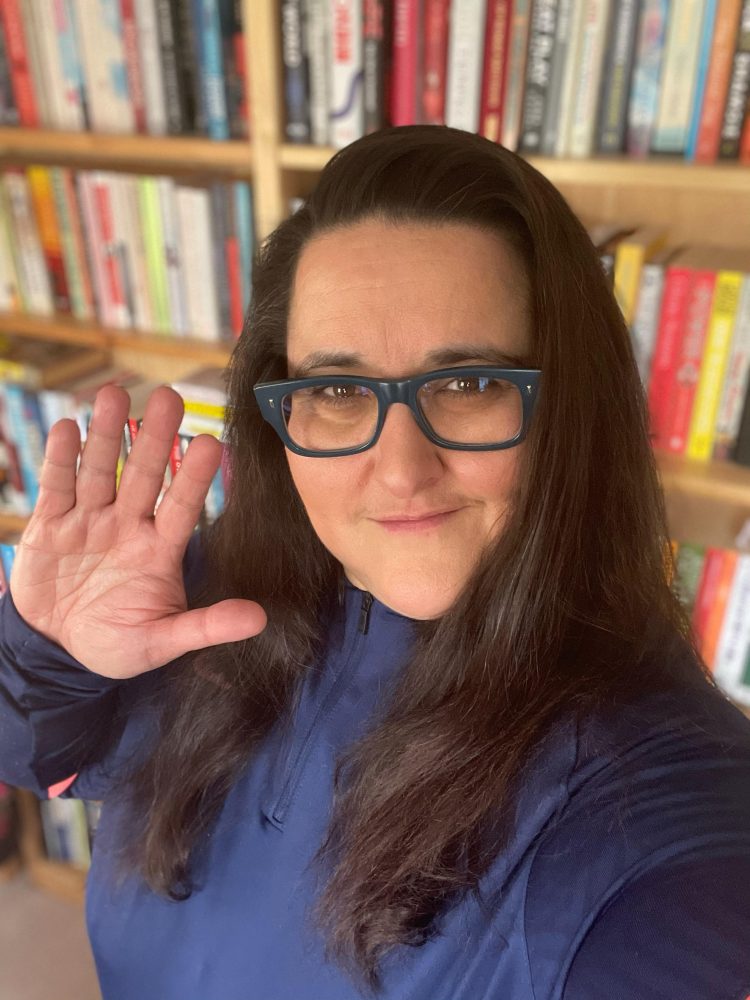 Ally, Kristine and Sarah all talked about their love for the game and how much joy it had given them. They want to encourage any women out there thinking about it to make the leap and put themselves forward to their local supporters’ group. Chris Paouros, from Tottenham Hotspur’s Proud Lilywhites group and FSA council member, couldn’t make our Zoom call but said: “I didn’t choose my love of football and of Spurs, it chose me, which is why I fight every day to ensure that anyone that football chooses has the same opportunities to take part, whether that’s playing, supporting, or officiating.”

For those already involved at a local level, why not think about getting involved at a national level with the FSA? As an organisation we’re right behind that call – if you’d like to find your local supporters’ organisation you can see the full list of FSA-associated and affiliated ones here. If you’d like more information on contacts, or want to hear about how the FSA works at a national level, email [email protected] and reference this article. We’d be happy to help.

Get involved with the Fans for Diversity campaign

A number of spaces are coming up on the Fans for Diversity campaign’s Guidance Group, and we are welcoming applications from fans who think they have something to offer to the campaign in 2020.

It’s International Women’s Day and we thought it would be a good idea to speak to some of the women involved with FSA affiliates and projects to hear a little more about their football experiences. The cast? Maria Ryder (Lady Imps), Kate Lewers (Women of Watford) and Hannah Kumari whose Fans for Diversity-backed show ENG-ER-LAND is currently touring the country.

Get involved in our EFL Network

The next meeting of the EFL Network will take place on 19th September in London, and one of the items on the agenda will be the group’s representatation on the FSA National Council.

Liverpool supporters’ group Spirit of Shankly are backing a new campaign to “rebalance the scales” and ensure truth and justice during future investigations into major incidents.