Fans have been appreciating stand-out players all season – now our partners at High5It have given us their best XIs from the Premier League and Championship.

PREMIER LEAGUE: Harry Kane has had a remarkable season – his goal against Newcastle at the weekend his 30th in all competitions. Alexis Sanchez, Phillppe Coutinho and Eden Hazard have also shone. Adding creative flair to their sides, causing problems for defenders week in, week out. Nemanja Matic and Branislav Ivanovic have been consistently strong in Chelsea’s defensive spine – now on course to win the Premier League title. 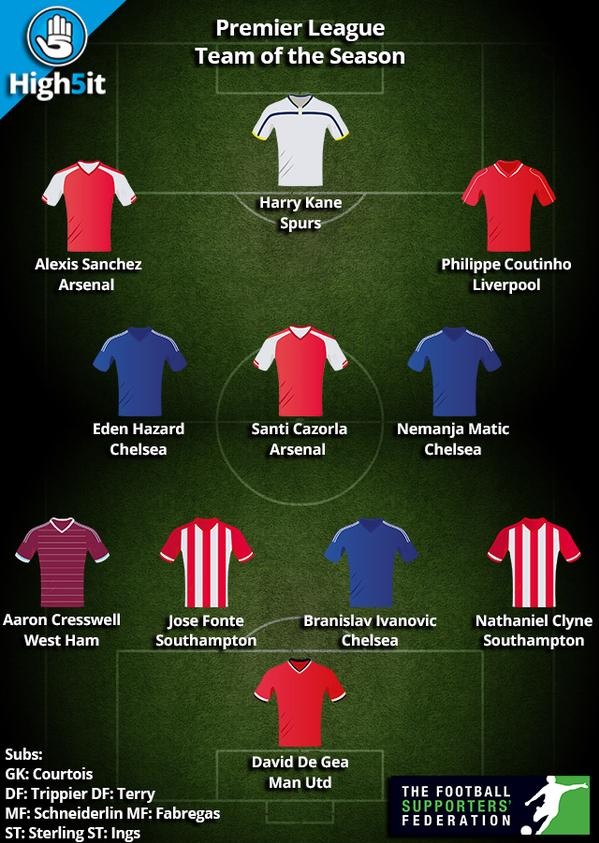 CHAMPIONSHIP: In-form Daryl Murphy’s 24 league goals have helped Ipswich Town into the play-off places. Bournemouth are still chasing automatic promotion, Matt Ritchie’s contribution in midfield has not gone unnoticed, the most High5’d player in the division. Middlesbrough have only conceded 12 goals at home, Daniel Ayala and goalkeeper Dimi Konstantopoulos part of the league‘s best defence. 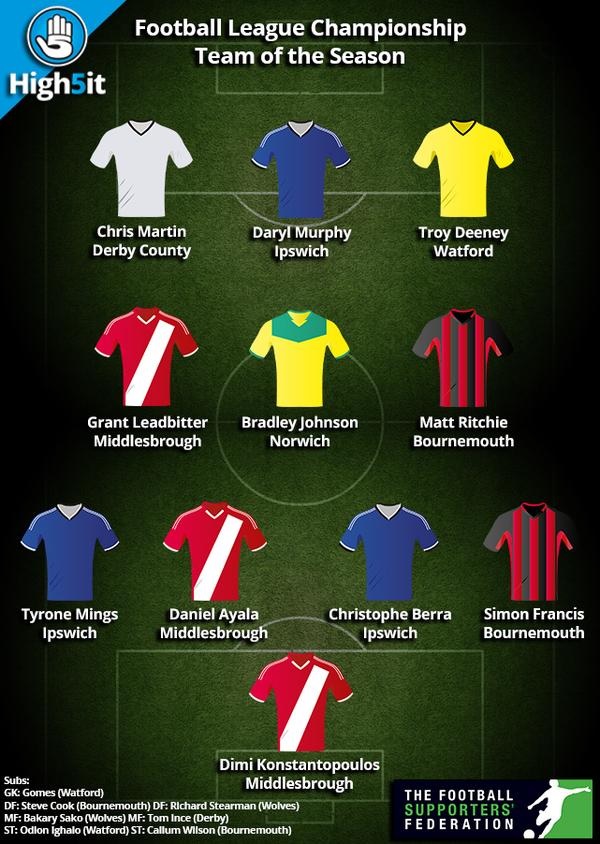 The Premier League has announced a new funding scheme for National League system clubs and those in the women’s game. Grants totalling £16m are available between now and the end of the season.

Premier League clubs have agreed a provisional restart date for the 2019-20 season and the FA have also announced that the FA Cup will be returning at the end of June.

The chair of the influential All-Party Parliamentary Group for Football Supporters has written to the Premier League and called upon it reconsider its position on restricting broadcast access to UK audiences during the current pandemic.