The Brian Lomax Cup and Supporters Direct Shield take place each pre-season, with the two trophies providing an opportunity to celebrate community ownership by bringing together supporter-owned clubs from different parts of the country to compete for some pre-season silverware.

FSA National Council member Richard Tomkins was on hand to report on the Brian Lomax Cup fixture between Merthyr Town FC and City of Liverpool FC on Saturday 23rd July:

Nestling at the gateway to the Brecon Beacons, football has been played at Penydarren Park, Merthyr, since 1908. The legendary John Charles, a previous manager, is but one name who has graced this football ground over the years.

Like a considerable number of clubs before and since, misfortune saw the demise of Tydfil in 2010. But in football time and time again the supporters stand tall. Martyrs’ supporters refused to let their football club die and resurrected it as Merthyr Town FC, a community club, playing at their ‘home’ once again.

There could not be a more fitting tribute to the memory of Brian Lomax (a Supporters’ Direct stalwart) than this year’s contest between Merthyr Town and City of Liverpool, who produced an excellent end-to-end match in front of a good attendance. 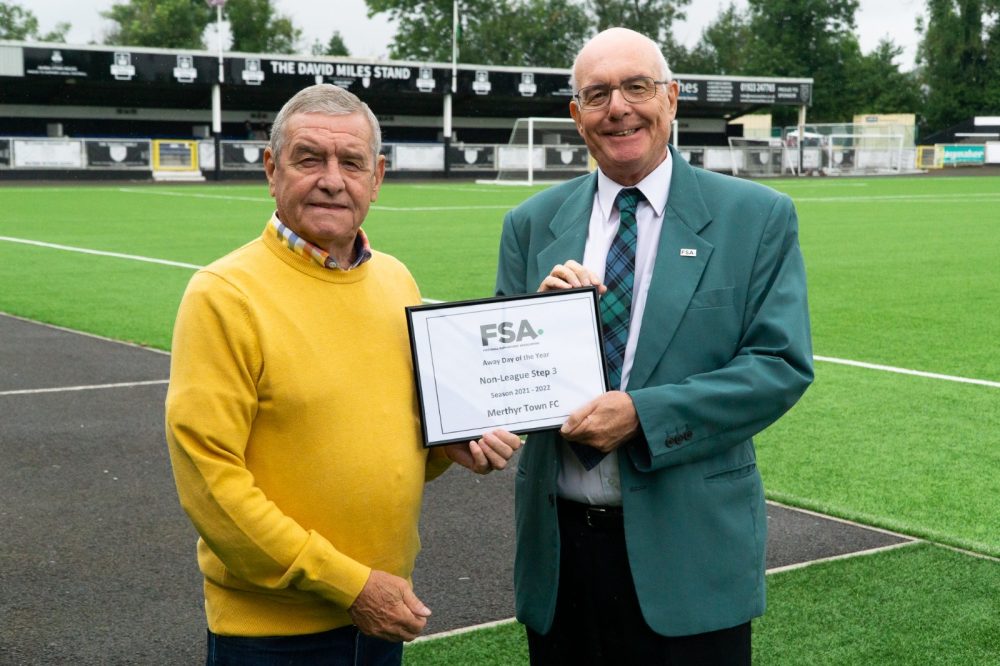 Camden Duncan opened for Merthyr ‘early doors’ with a driving run into the box and good finish. Both keepers were kept busy before City equalised with James Steele sweeping in from a right-wing cross. It was that man Duncan again who restored the Martyrs’ lead before Gethyn Hill struck a superb shot and goal of the game for 3-1.

The Purps would not be contained, and James Steele made sure of a delicate chip by tapping in to make it a breathless 3-2 at the interval.

Defences got on top in the second half. City hit Jaimie Cogman’s bar before Gethin Hill headed a fourth for Merthyr. Ryan Hamer made a string of saves to deny Martyrs any further score, as it ended 4-2 at full time.

This was the best match I’ve seen on an artificial surface for many years. Both clubs will go into the new league season with optimism. Their teams are certainly able to find the net, which is exactly what every club is hoping for this time of year!

The last time these two sides met, Banbury ran out winners by five goals to two at the Spencer Stadium in August 2021; the travelling Manchester faithful will probably want to forget their trip back on the ‘Covid Coach’, with almost everyone returning home testing positive with COVID-19.

This year’s contest for the Supporters Direct Shield produced no goals, but was remarkable for the fact that almost all the action took place at one end of the pitch, the St Mary’s Road End.

Banbury immediately took charge, playing with all the confidence of a team that had just been crowned champions of the Southern League. All the pressure was on the FC United goal but the home defence coped well with four corners in the opening seven minutes.

Reds’ keeper Lavercombe really kept FC in the match on his own, saving well from Babos and Stevens, while his opposite number Harding at the other end of the field hardly touched the ball during the first 45.

FC United, having made two substitutions late in the first half, came out looking like a completely different side after the interval.

On the hour Murray took the ball from midfield and Harding was forced to make a fine save from just outside the box. The home crowd was now beginning to find its voice.

After being camped in their own half for most of the second period, Banbury launched an impressive move on 80 minutes that was surely goal bound, but for an exceptional tackle from full back Hall in the six yard box.

FC almost nicked it with three shots on goal in injury time, but three perfectly taken penalties finally won the match for Banbury in the penalty shootout. 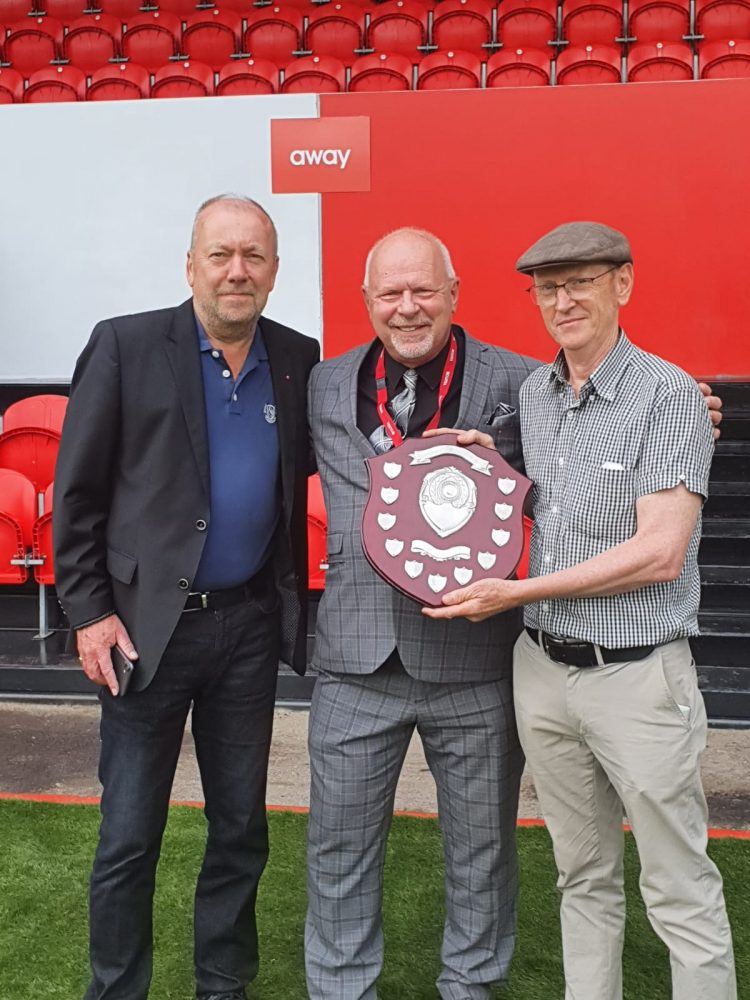 The Brian Lomax Cup takes place every pre-season and celebrates the role of supporter-owned football clubs. The trophy is named after the founding father of the supporters’ trust movement, who sadly passed away in 2015.

Advice for community-owned clubs on COVID-19

It has been a difficult few weeks for everyone in football, with uncertainty over the cancellation of fixtures being replaced with a difficult business climate now that football has ceased.

Promotion of community-ownership is embedded within the FSA’s Mission Statement and something that we hold very dear, so we’re pleased to launch our updated Community Owned Clubs directory.