A ground-breaking survey of non-league clubs carried out by the FSA and disability campaign group Level Playing Field has shown disability access is improving, but there is still some way to go.

The survey found designated wheelchair user spaces were available at 95% of National League grounds and almost all had accessible toilet facilities. Overall, 82% of clubs do provide some kind of parking facilities for disabled fans. 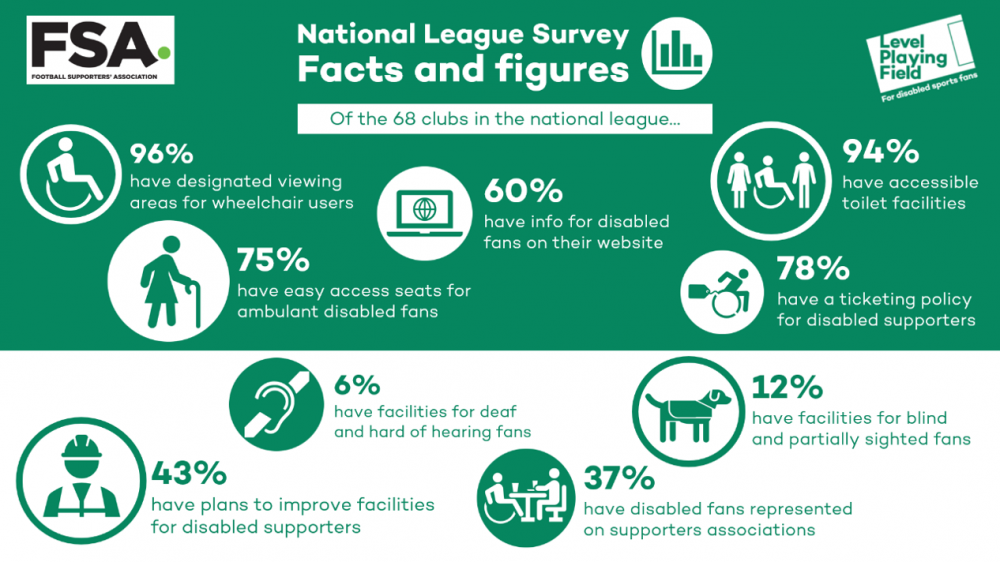 The FSA’s Maria Ryder said: “The overall picture looks very encouraging and positive. Despite the financial challenges non-league clubs face there is clearly a lot of effort being made to address accessibility.

“We’d like to thank the National League and all 68 clubs for completing the self-assessment in the spirit in which it’s intended – to help and encourage clubs to develop.”

Three quarters of clubs said disabled fans can sit alongside their own supporters (home and away) while 78% of clubs have some form of policy or agreement around ticketing; mostly that a personal assistant or companion will have free entry.

Beyond the positives, the survey highlighted some areas of concern for disabled supporters – such as websites where only just over half the clubs provide some details about their accessible facilities or services.

One of the weakest areas for the league was the provision for deaf, hard of hearing, blind and partially sighted people. For instance, only a handful of clubs offer audio descriptive commentary.

Ruth Hopkins from Level Playing Field said: “Disability is the largest minority group in any population. Disabled people want to participate in society, but poor access can limit their potential to fully engage.

“Not only is it the right thing to do, but by developing what they offer clubs can reach new audiences and generate additional revenue in the longer term.”

The survey forms part of the FSA and Level Playing Field’s work on the Disability Inclusion Charter – a project that aims to make non-league football more accessible.

Initially launched in the Northern Premier League, the charter offers support and guidance to non-league clubs who are looking to appeal to a wider range of supporters and improve disabled access at their grounds. 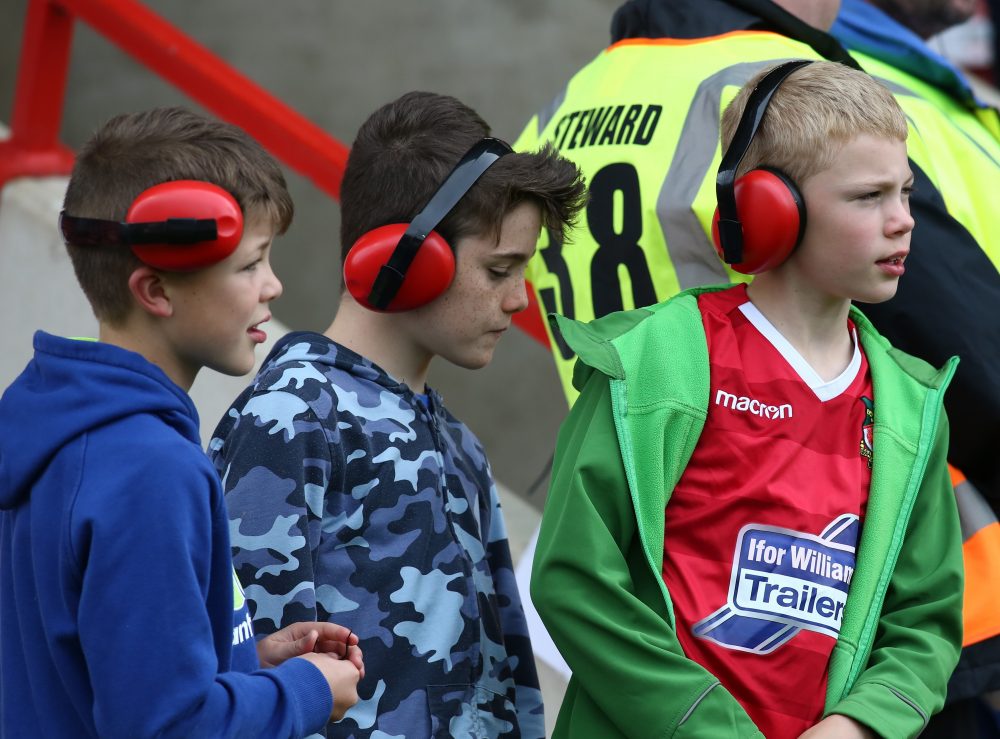 Recently, Wrexham AFC have become the first National League club to sign up to the Disability Inclusion Charter following in the footsteps of Belper Town who were the first to adopt the charter in the Northern Premier League.

Maria said: “Wrexham have been a leading light in the way it has embraced the issue and pioneered the matchday experience for disabled fans.”

Access work at the Racecourse Ground has been led by disability liaison officer Kerry Evans – who, Maria says, has enjoyed a lot of support from the fan-owned club.

“Kerry’s work helped inspire the development of the project,” Maria said. “Showing clubs a pathway to making matchdays not only feasible for disabled fans but also an attractive day out.”

Around a third of disabled supporters say they have been put off going to the match according to a new national survey of disabled fans.

Matchdays and mental health: “Consistency in an ever-changing world”

Today as part of our Mental Health Awareness week activity one of the volunteers who was instrumental in the creation of the #TerraceTalk campaign, Paul Severn of Nottingham Forest Supporters Trust, tells us why football is an important vehicle for talking about mental health problems…

Almost the greatest #ICYMI ever. Almost.

FC Alania Vladikavkaz provide this week’s #ICYMI with an ingenious / ludicrous (delete as appropriate) free kick routine that almost, almost pays off. Not sure they can get away with this one again.