While the coronavirus lockdown has stopped professional sport in its tracks, football has joined the likes of F1 and cycling in using e-sports to fill the void.

This got the FSA’s Anwar Uddin thinking, what could we do to help entertain and keep spirits up amongst our affiliates during the lockdown?

As Fans for Diversity campaign manager Anwar’s in direct contact with a lot of fan groups so he had a chat with Sam Timms from Villa & Proud who came up with the idea to organise a FIFA 20 e-tournament.

Anwar instantly thought it was something which the FSA’s supporters’ groups would be interested in, and the #FansForDiversity #AlliesTogether tournament organised by the FSA and Villa and Proud was born.

The response was overwhelming and, within 24 hours, Sam and Anwar had pieced together a format, signed up 32 teams, set up a WhatsApp group for everyone to communicate, and created graphics to promote the event.

“There were all these groups from different backgrounds, all interacting with each other”, says Sam.

“We hadn’t done anything like this before but we thought that was the best way to bring a sense of realism was to do a live draw, ball numbers and everything, and build a sense of anticipation for the tournament over a few days, rather than doing it all in one day.

“What made it really unique was the fact that the supporter group you were attached to was the club you love whether you’re a Leeds fan or Leyton Orient or Newport or whoever. The club is resting on your shoulders.

“We also kept the realism and didn’t use the ‘85’ rule – this means that if you have a crap full back in real life, you had a crap full back in the game too! Not all gamers agreed with this but you can’t change the team you support and it just felt more authentic to me.”

Such was the appetite for competition that some groups even had to organise pre-tournament tournaments to decide who would be their player come the real deal.

Cameron Basrai won the in-house competition to represent Punjabi Wolves after easily winning two “trial” games and made it to the last 16 of the full competition. “Punjabi Wolves put a post on their Instagram page, and being a keen FIFA player, I decided to enter,” says Cameron.

“I was really nervous going into the competition and told my friends and family to tune in on Twitch. Beating Millwall 7-0 was great but an unfortunate 1-0 loss versus Villa was disappointing. Nevertheless, I tried the best I could which is all I could ask for from myself.”

Even non-gamer fans such as Steve Portman, founder of Birmingham City’s Accessi Blues were caught up in the tournament, joining in with the online buzz, and aiming to line up a top player for any future tournament. The sense of competition was growing.

Such was the interest that we even got a bit of celeb-participation with comedian (and Gooner) Matt Lucas chipping in to offer his support, as did Natalie Haigh from Aston Villa WFC.

Over the course of the weekend the competition rolled on with 32 teams eventually being whittled down to two finalists – Leeds United Supporters’ Trust and Aston Villa’s Heart of the Holte.

It was another Lucas who came to the fore this time with 12-year-old Leeds United fan Lucas Hufton set to face Villa fan Adam Moore while representing their fan groups in the final.

As with live football, finals can be a tense affair, and the best teams can cancel each other out. That reality was mirrored in our FIFA 20 final as Adam hit the woodwork three times without finding the net. Fine margins.

“The final was a very tight fought affair, which was only ever going to end in a scrappy goal due to great defending from both sides”, says Adam.

Lucas was on the ropes in the first half but having weathered the storm, and thanked his crossbar, he kept calm and made a few changes at half time to get back in the match.

“I kept the game really simple and didn’t try to be too clever. It was 0-0 at full time and then it went to a golden goal. Jean Kevin Augustin struck from outside the box a few minutes in and scored – I literally fell off my bed when it went in,” says Lucas.

So Leeds United Supporters’ Trust took the title and all the glory that entails but getting to the final itself was an achievement and our runner-up was gracious in defeat.

“It was a great match which could have gone either way. Unfortunately I just missed out but that didn’t make me enjoy the experience any less,” says Adam.

Across the competition 28 of the 34 games were broadcast live on Twitch – the FSA is normally opposed to so many televised games but we can make an exception for e-sports! In total players clocked up 9hrs 4mins of game time, not including extra time, with each game lasting 16 minutes.

But for campaign manager Anwar the big success wasn’t just the tournament itself, but the noise, discussions, networks, and new friendships built around it, from supporters who come from a huge range of backgrounds.

That’s what Fans for Diversity is all about and continues to celebrate.

You might suspect that 12-year-old Lucas Hufton was a ringer – a gaming whizzkid brought in by Leeds United Supporters’ Trust in a quest to grab the club’s first silverware in more than a quarter of a century… but you’d be wrong. 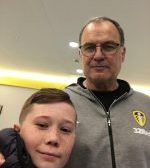 Lucas (left with Leeds United manager Marcelo Bielsa) is actually a season ticket holder whose mum Clair sits on Leeds United Supporters’ Trust’s board. We caught up with him post-match to find out more.

How long have you been playing FIFA and did you think you were in with a chance of winning the tournament?

“I’ve only been playing FIFA for around five years, and never ever did I think I could win this. I thought I’d go out in the first round as I was up against some really good players – but I love playing and I thought it was a chance to play some new people and be tested.

“I honestly didn’t think I was going to win the final because I’d seen the other player’s scores and how good his record was on FIFA – everyone said I wasn’t going to win.

“I’m literally still buzzing now and I’ve had lots of nice messages – I felt like a player just clinching promotion at the end! Even the board members at the Leeds United Supporters’ Trust, which I’m a junior member of, sent me some FIFA points for winning.

“Being a 12 year old fan I’ve never seen Leeds win anything, last year was the closest I’ve been to seeing us win anything, it was heart-breaking last year – so it felt like I’d got my own back a little bit.”

Any tips for players who aren’t as good as you?!

“You just have to keep practising and watch Youtube videos for tips and learn skills from other good players. Play against different people and different levels to test yourself.”

You were up against a lot of different fan groups from different backgrounds. Did you learn anything about them?

“Everybody was really kind to me, it doesn’t bother me what background people come from, we are all football and FIFA fans [editor’s note: the game not the organisation!]. There was some banter in the Whatsapp group which was all taken in good faith – but I didn’t hear much from the fan representing Man Utd though and I’m still waiting for my ‘congratulations’ message!

“Everybody was bored of being at home and this was all great fun, the build up to each game and watching the live draws – it was really exciting and like playing for real.

“It’s something I’d love to do again, I’m not sure I’d win it again as a bit of luck got me through a couple of the games. I played Jess from Liverpool and that was my hardest game – so it taught me not to judge people.”

Lastly – who’s your favourite player at Leeds? And any players from rival teams you admire?

Kalvin Phillips is going to play for England one day and I really hope he stays at Leeds, especially if we can get promotion. Also Mateusz Klich because he can score some good goals and I like his style of play. I would love Kevin De Bruyne and Sadio Mane in my team.

The FSA’s thanks go out to Sam Timms as the tournament could not have taken place without his hard work. Finally, well done to all the fan groups who participated and made the tournament a success. 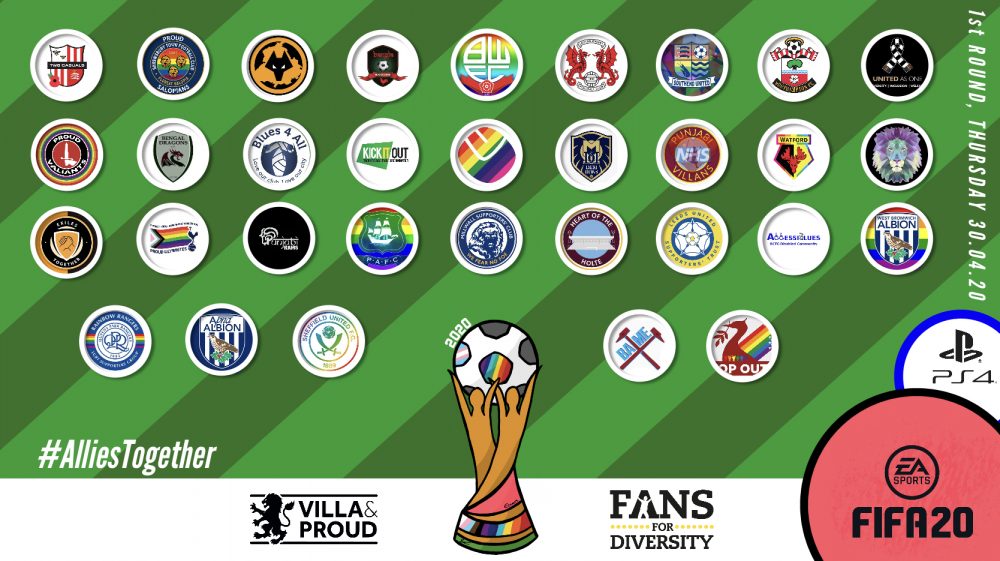 Crewe Alexandra supporters are celebrating after raising £250,000 in three months – enough to secure a stake in the club.

#ICYMI: What a hit

Poor old Elliot Justham, who will now be remembered for more than having a song sung about him and Tesco sandwiches, after conceding a remarkable goal at Notts County this week. The Dags keeper’s poor clearance landed at the feet of Michael Doyle who smashed it in from halfway with no hesitation.

As a partner of BeGambleAware, the FSA is pleased to support the next stage of the Bet Regret campaign that launches this weekend as the Tap Out message hits screens once again.