Our Free Lionesses Fans’ Embassy team is currently out in France supporting England fans through the Women’s World Cup. Here embassy team member Thomas Smith tells us more about the work they do…

Of course, you’re reassured to know it’s there and if required it would sure come in pretty handy, but you would rather not have to use it.

So perhaps a Fans’ Embassy might change your impressions, of that dreaded ‘e’ word and not bring you out in cold sweats and nightmares of missing passports and emergency travel documents.

So what is a Fans’ Embassy?

A Fans’ Embassy is a free service provided by the Football Supporters’ Association for fans following the England national team.

Up until now this has solely focused on the Men’s senior side with the Free Lions, but this summer the FSA have launched Free Lionesses to help fans following the Women’s senior team in France.

The service means England fans have a designated location to visit for help and advice surrounding matches at the 2019 Women’s World Cup. Travelling around France the Free Lionesses team are able to offer a friendly check in point within the cities where England play, as well as emergency contact details just in case.

Last but not least is the supporters guide. This magazine is packed full of information to help your time in France go as smoothly and successfully as possible and can also be read online for the millennial readership.

And, did I mention it’s FREE?

The service is entirely free and in France the Free Lionesses have been extra generous. Our embassy has been adorned with sweets and panini stickers, I’ve never felt so popular… 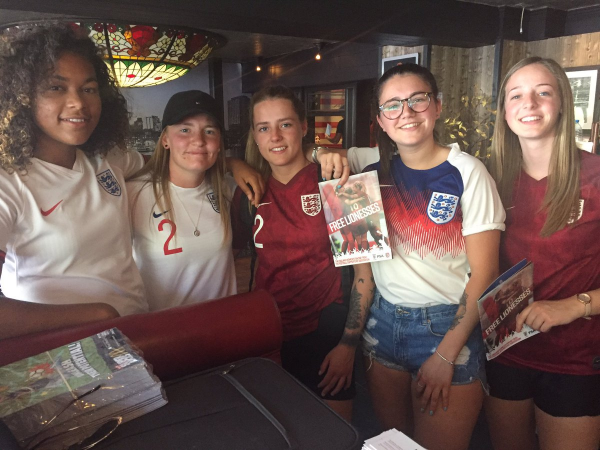 What has the response been?

The response has been overwhelmingly positive. Having volunteered on the fans’ embassy ahead of the final group game against Japan, I was taken back by the positive feedback voluntarily offered by supporters, many of whom were at their first major tournament and genuinely appreciated the service being offered.

It may have helped being located on the seafront in Nice, but it was apparent that plenty of fans had made an effort to visit the embassy on matchday due to the positive experience they had received ahead of the Scotland game. This encapsulated the success of the service and long may it continue. Hopefully all the way to Lyon! 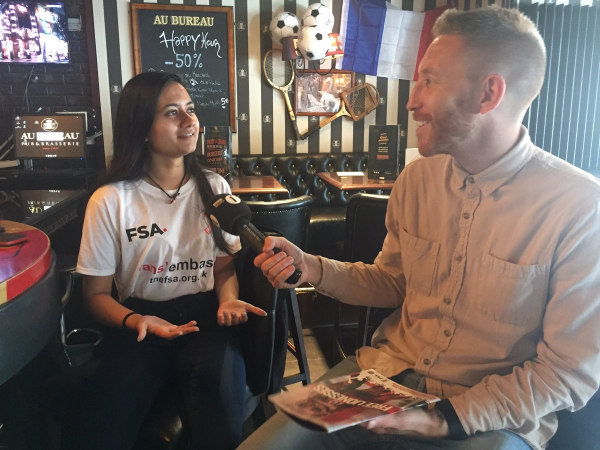 But why is it so important?

Tournament football is likely to create some of your greatest memories as a fan and being here to take it in just magnifies that experience. But on occasion things can go wrong and you may just need a helping hand or some friendly well-informed advice. This goes for everyone.

The embassy comes into its own in this regard, recognising everyone is in the same boat and that most people just want to have fun, make memories and stay safe. So if you need any help, it’s important to know it’s on hand right when you need it.

We have teamed up with leading disability charity Level Playing Field (LPF) to help non-league clubs improve access and facilities for disabled fans. We’re delighted that the idea is being supported by both the National League, which has required all clubs to complete the disability access survey, and the Northern Premier League.

Next month the Free Lionesses fanzine will be running our first fans’ embassy out in France when the Lionesses take on the world at the 2019 FIFA women’s World Cup.