Just before Easter, 250 people from across football gathered at Brisbane Road for a meeting of the recently-formed South Asians in Football Network.

The South Asians in Football Network was formed to help supporters, coaches, players and people from the football industry with that heritage to get connected and provide cross-industry support.

Leyton Orient were the kind hosts of the pre-Easter meeting of the network with support also coming from our Fans for Diversity fund. Many high-profile figures such as Orient captain Otis Khan and other FA coaches were in attendance to offer advice to other South Asians in football.

“Relationships are so important in how you progress in the football world,” Anwar said. “It’s important that we pass on our experiences, our point of view, to others coming through – particularly those from under-represented communities.”

Leyton Orient were one of the first clubs to benefit from working with the Fans for Diversity campaign when they opened their Fans’ Hub at Brisbane Road back in 2016.

The Hub proved to be a stepping stone for local people from the South Asian community to get into following the O’s. Anwar said the South Asians in Football Network event was another great example of that ongoing work.

AFC Autism is a fledgling supporter group who share experiences and education about fans with autism – work which earned them a spot on the shortlist for the Fans for Diversity award at the FSA Awards back in November 2021.

The group’s founders, James Beardwell and Kirk Pritchard, joined Anwar recently to have a look at the sensory rooms available at Arsenal’s Emirates Stadium for autistic supporters.

“There’s a growing need for these types of facilities at the match so it’s vital for us to promote good practice,” Anwar said.

“Arsenal kindly showed us around their provision, the things they have in place and the preparations they make to ensure autistic fans and their families have a positive matchday experience.” 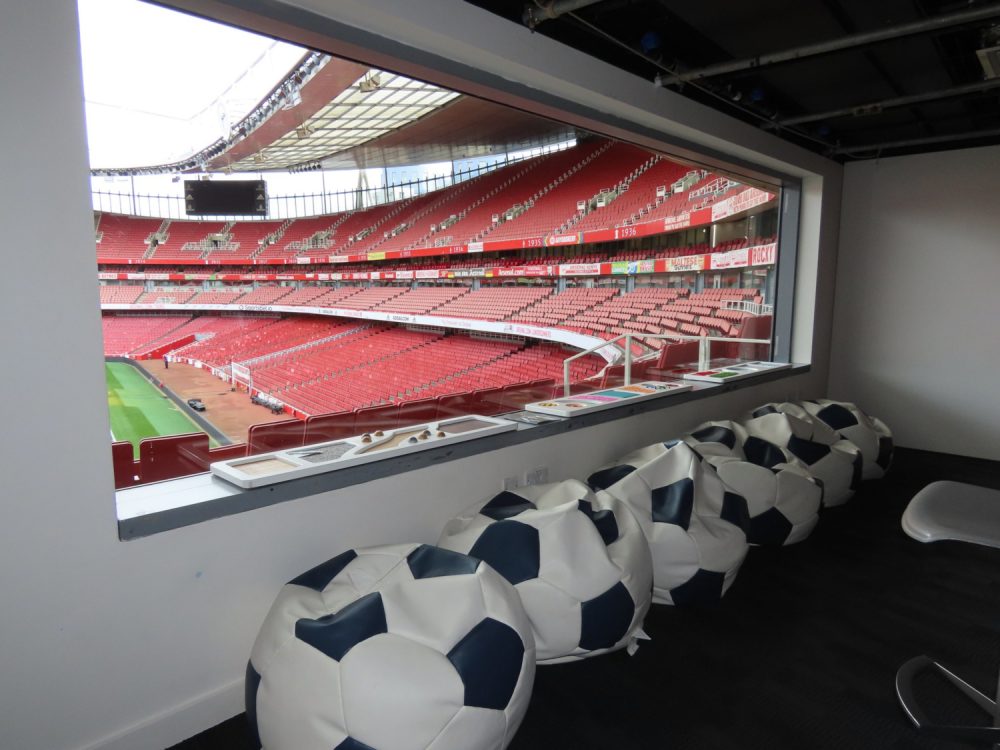 Sensory rooms have been popping up at football clubs up and down the country since the mid-2010s. Sunderland and Watford were pioneers in the field, developing sensory rooms in 2015 and 2016.

“The sensory rooms we’ve already seen are really good,” Anwar said. “At Arsenal they have space for two or three families. It’s a great facility made available on rotation.

“It probably isn’t enough for the demand which is growing all the time. There’s a definite need for more and bigger autistic facilities. The problem is they’re competing for premium space at a football club’s ground and smaller clubs often don’t have the budget for it.”

With the help of Fans for Diversity, Swindon Town have shown what can be done at smaller clubs dealing with less physical space at their grounds. The League Two side have been providing sensory packs for autisic fans visiting the County Ground – packs which include ear defenders, sensory toys, and resources introducing families to the matchday experience.

At the Den the Millwall FC Equality Steering Group is looking at ways the club can do more around equality, diversity and inclusion (EDI) – and out of that has come the club’s Fans United project.

“The community around Millwall is very diverse, but the stands don’t reflect that,” Anwar says. “It’s a long-term challenge and the steering group is working to improve the reputation of the club.”

Running for eight weeks, the Fans United sessions attract around 30 residents from black, south Asian and LBGT+ communities to take part in informal football sessions. Anwar says the project has been a success so far having “really engaged the community.”

Since then, the club has begun to offer match tickets to those taking part in the Fans United sessions and introduce residents to live football. 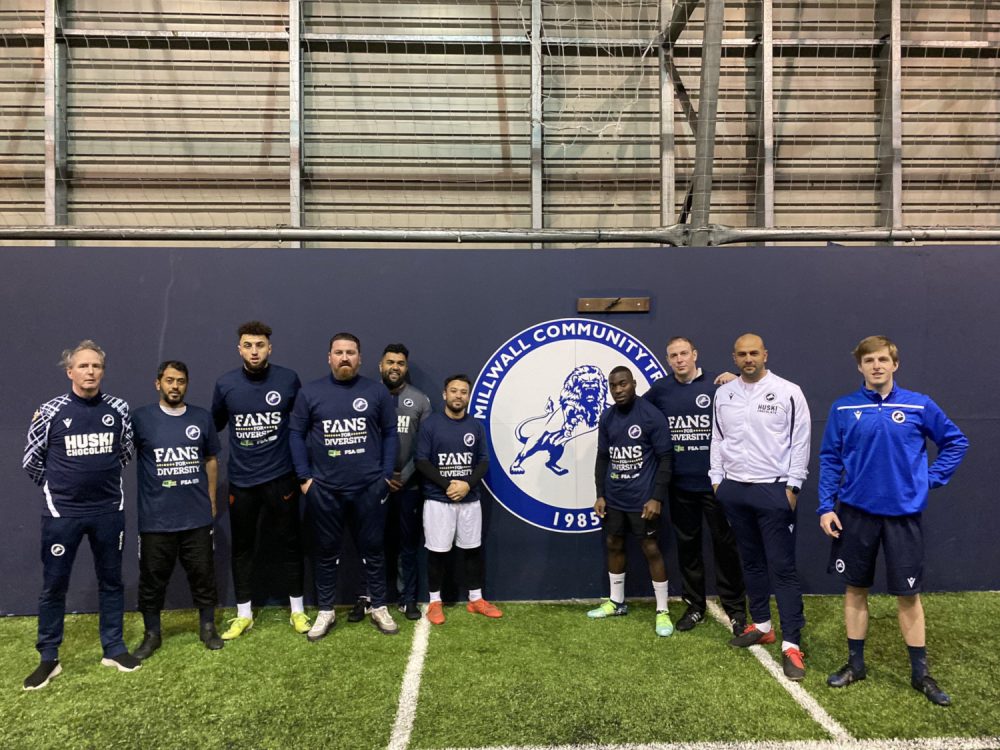 “We took people to their first game at the Den for the Barnsley match and it was a great game – for the majority this was their first time experiencing live football,” Anwar told us.

“The group was a real mix – men, women, old and young. There was reluctance initially but overall it went really well. It’s something the club will be doing more of in the coming months. The appetite from both sides is there.”

And ICYMI – the Fans for Diversity Non-League booklet…

At the end of March we published the Fans for Diversity in Non-League booklet, a guide which will support clubs and their fans who are looking to diversify and increase their attendances, and connect with local communities.

If you haven’t checked it out already, you can download it here, or request printed copies to be sent to your club/fan group by emailing [email protected]

Supporter representatives from top-flight clubs recently met with Premier League executives to discuss a range of issues which impact match-going fans – including the European Super League and the return to grounds.

Fans across Europe to take stance against Super League

Supporters from across the Europe will be voting to back the FSA’s position against the formation of a European Super League this weekend.