Supporters from the men’s and women’s game who have been locked out of their team’s cup finals have taken to virtual ticket sales to raise money for good causes.

The #SunderlandTogether initiative involved selling ‘virtual tickets’ to fans with the chance to win club merchandise and was created by lifelong Sunderland fan Peter Richardson. His idea was then picked up by the Red and White Army, the Sunderland Senior Supporters Association and Sunderland AFC Branch Liaison Council (BLC). 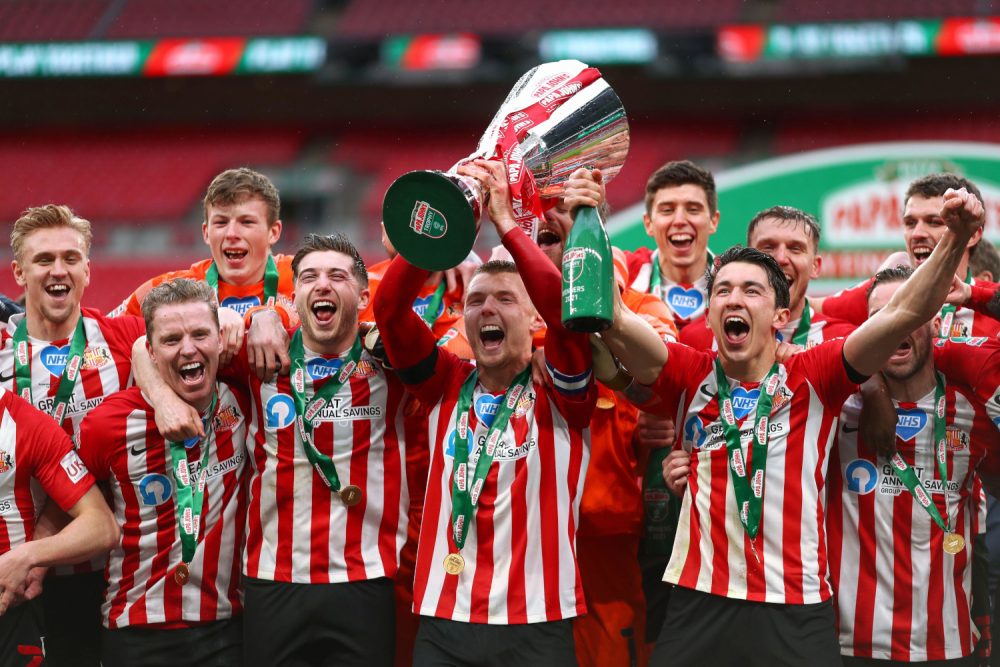 Money raised will be split between the Foundation, the Salvation Army, Sunderland Foodbank and Washington Mind.

Our virtual ticket fundraiser has raised £2,520 for charities not including gift aid 🙌🏼

Massive 𝗧𝗵𝗮𝗻𝗸 𝘆𝗼𝘂 to everyone who got ticket, shared, commented the support has been amazing 💙 pic.twitter.com/Geeg4QS7NP

Grimsby Town fans are the latest to provide financial aid to their club during the pandemic – putting over £100,000 into the club over recent weeks.

FA Cup third Round day, once a much-anticipated staple of the English footballing calendar, has been torn apart by the FA’s international TV deal, leaving fixtures spread out across the weekend and causing extra travel problems for fans.

Supporter groups from the four finalists of the Champions League and Europa League are calling on fans across the continent to campaign for more supporter-orientated finals.