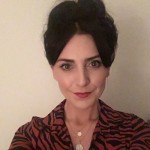 Want to visit a town centre before a match? With even elected officials urging fans to stay away, you might not be as welcome as you think.

Back in August Chorley Councillor Danny Gee found himself making national headlines when his letter (below) telling fans to stay away from the town centre went viral.

The letter was primarily aimed at away fans attending matches at Bolton, Preston, Blackburn, Wigan and Burnley because of the ‘wider impact it has on [Chorley’s] town centres businesses.’ The crux of the problem was large groups of fans spilling out of pubs on to the streets and drinking. Fancy being told that you can’t pop into a town centre on the way to an away game because you’re anti-social?

If you don’t drink alcohol, being told to stay away from a town centre because others drink is nonsensical. If you do drink, a blanket ban approach is, again, nonsensical, particularly as most town centres on a Friday and Saturday night are usually pretty busy with non-footballing, pub-goers.

But the question remains, can you actually be stopped from gathering in a town centre on a match day?

It wasn’t until the 1980s that legislation was created with football fans specifically in mind. Although it is well-known that football fans are not allowed to drink in sight of the field of play in England & Wales, the Public Order Act in 1986 also created a football-specific agenda.

One of the main focal points of this Act of Parliament with is the restrictions on assemblies in the open air to guard against the risk of disorder. An assembly can simply be a meeting of two people in a public place and, while there is normally no legal obligation on an organiser to give the police prior notice of an assembly, we do know that football supporters’ clubs or organised coach travel do have to liaise with the police prior to an away match.

Although that is usually organised without too many issues, the police, in conjunction with coach industry, use a voluntary code of practice under the ‘Traffic Commissioner Guidelines’ to ensure that supporters’ coaches adhere to conditions pre and post-match. This includes specified locations and coaches are not to stop within a 10-mile radius of the football stadium en route to, or on departure from, the football match.

For those that like to travel to matches individually, or independently in small groups, the police can still impose other conditions, when they have reason to expect disorder. That’s right, the police can use their experience to use whatever steps they judge necessary to minimise the risk of disorder – but Councillor Danny Gee doesn’t.

However, Derbyshire Police recently issued an appeal, ‘Chesterfield v Grimsby: Do your Clubs Proud this Sunday’, urging fans to behave and ‘to make sure they eat, and drink, before making their way to Chesterfield.’ So, now, not only are football fans being urged to drink alcohol elsewhere, they’re now being urged to eat elsewhere.

The police argued that this was due to a problem with ‘space’ in the pubs and restaurants, however the appeal included a list of warnings and the usual rhetoric towards football supporters. The police cannot stop a law-abiding citizen from travelling to a specific location, as you do not need to provide any advance notice of your ‘assembly’.

However, once you’re there, the police do have the power to control assemblies by imposing certain conditions, if a senior officer present reasonably believes those conditions will prevent disorder.

So, if the police use the Public Order Act 1986 as their basis to ‘restrict the gate and impose conditions’, then yes, you can visit that town centre, as long as there’s no actual risk of disorder once you arrive.

Unfortunately, for organised travel, the Traffic Commissioner Guidelines will not be disappearing any time soon; although that police escort to the ground does come in useful sometimes…

Ashley Lowerson is a Lecturer in Law at the University of Sunderland and is currently a PhD candidate at Manchester Metropolitan University. Ashley’s PhD is exploring whether or not Football Banning Orders are ‘fit for purpose’. She is also a long-suffering Sunderland AFC fan and has had a season ticket for 25 years.

Want to fix football? Here’s how you can change things

The Fan-led Review of Football Governance proposed ideas which could radically transform our game for the better - and we want fans across the country to do their bit.

Here’s how you can report racist abuse

While last night the vast majority of football supporters saw a talented young team fight its way to the Euro 2020 final, some pathetic individuals saw an opportunity to throw online racist abuse at those very same players.

Welcome to Belfast: An introduction for Lionesses fans

Next week the Lionesses are taking on Northern Ireland and we’ll have a Fans’ Embassy service helping those at the match. Meanwhile, our friends at Amalgamation of Official Northern Ireland Supporters’ Clubs (AONISC) have kindly taken the time to give us an introduction to city…