While the excitement and celebration of this weekend’s Football United event has been attracting the attention of the LGBT+ community and the media, it may perplex some football fans about why events like this are needed, and why they are important.

I’ve heard some say there’s no need for such spotlighting on minority groups, ‘We’re all just football fans aren’t we?’.

While that’s exactly what we’d like the stadiums to be like, the reality is they’re not; a significant proportion of fans may not have seen or heard abuse directed towards other fans or players, but sadly there’s an increasing number who are reporting that they do experience or witness it.

That’s why the Football Supporters’ Association works in partnership with the anti-discrimination organisation Kick it Out to use the Fans for Diversity campaign, and events such as Football United – A Celebration of Togetherness, to promote inclusion and diversity for people following our beautiful game. 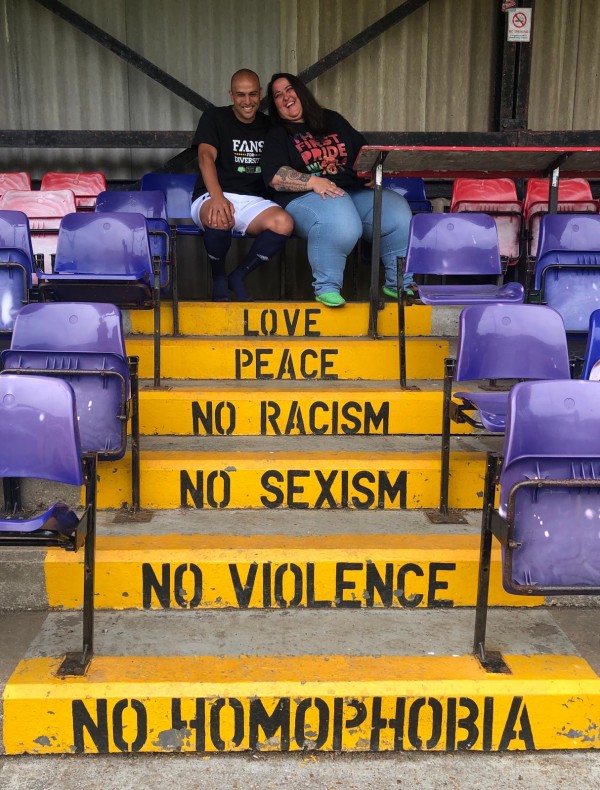 Above, The FSA’s Anwar Uddin with Proud Lilywhites’ Chris Paouros and a visible example of Whitehawk’s commitment to equality within their stadium. Below, ex-Liverpool and Spurs player Paul Walsh in action for the Premier League All Stars. 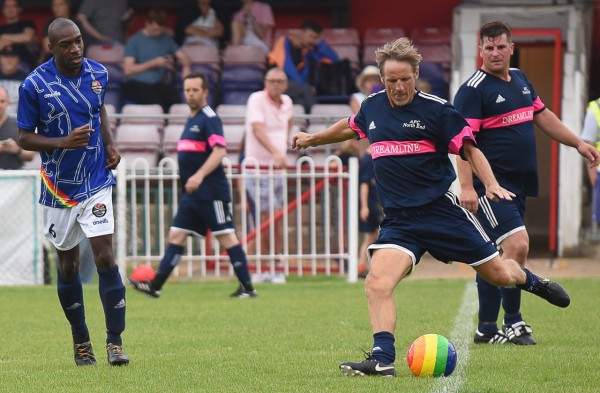 Whitehawk FC with the Whitehawk Ultras have been a flame flickering in the national game landscape with their visible stance against discrimination of any kind, and so were natural hosts for a unique event to show that football can and should embrace diversity and challenge perceptions. 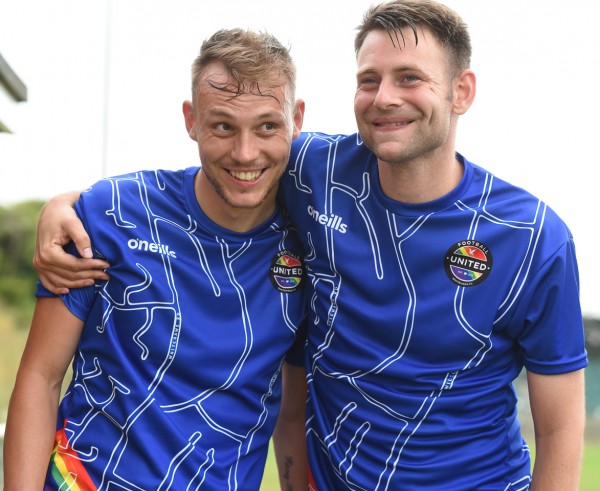 Chris Paouros, FSA National Council member said: “What a great day, for both supporters and players! We watched a cracking, competitive game and the Rainbow Rovers players got to pit their skills and wits against a team of wily ex-professionals.

“The game had it all—a slopey pitch, noisy fans, rattling woodwork, reverse passes, keepie uppies (thanks Lee Hendrie!) and 6 banging goals! A hat-trick for Rainbow Rovers striker Josh Day, and a 30-yard screamer from our very own Anwar Uddin.

“You can’t underestimate what today means, for us as fans, or for LGBT+ players. So many of us have grown up loving football but feeling it’s not quite for us; hearing digs or anti-LGBT+ slurs, or worse suffering discrimination whilst playing or attending matches.

“To be watching the players we supported growing up playing against a team of LGBT+ players, with no stigma and no issues felt remarkable. Whitehawk FC were the perfect hosts.”

So while there’s issues for people wanting to enjoy football, whoever they are and whatever their background, the FSA will work to try to address and overcome those, while continuing to support fans on all manner of issues from unfair treatment by stewards to fair ticket pricing.

With thanks to Andy Scholfield, Chris Paouros and Andy Schofield x2 (respectively) for the images used in this blog.

The National Football Museum and the FSA join forces to discuss the historical relevance of the women's football ban. Register for this free online event which takes place on Thursday 2nd December 2021, 7pm-8pm.

The next meeting of the All Party Parliamentary Group for Football Supporters will be held on Tuesday 27th April at 1pm, on the topic of fan activism and the women’s game.