As a private business a football club can ban whoever they like from their property. If you read the terms and conditions that come with your season ticket they’ll say it could be withdrawn for breaching ground regulations but ultimately clubs give themselves the right to cancel a season ticket “in whole or part by the club without providing any reason”.

Clauses such as this are just one example of a very one-sided contractual relationship season ticket holders have with their clubs and one that Trading Standards are taking a keen interest in.

Over the years we’ve advised hundreds of supporters who’ve found themselves the subject of club bans or as some clubs erroneously say “Football Banning Orders” (FBOs).

It irritates me hugely when clubs write to supporters to tell them that they are being given a FBO. They’re not. Only the courts can impose FBOs with all their stringent conditions. Football Clubs are not courts and their staff are neither magistrates or judges and thus they only have it within their gift to impose club bans.

Only a handful of clubs have well documented sanctions policies that have a meaningful appeal process. Without such policies in place, fans find themselves at the whim of club officials.

Find yourself banned and you will also find yourself out of pocket as clubs will not refund you for games missed meaning they are also imposing a de facto financial penalty on you. This is something that Trading Standards feel is an unfair term and condition under consumer law.

More often than not, clubs impose punitive measures on their fans for no other reason than because they can and that the mindset of club officials is nearly exclusively focussed on punishment.

One thing I’ve never seen in over ten years is a club writing to a supporter explaining that a decision has been made to ban them from their property, as after carrying out a full risk assessment they’ve reasonably concluded that their presence poses a risk or threat to the safety of others or simply a repeat of their conduct.

I’d like to understand why clubs feel it necessary to impose a ban on somebody who may have been cautioned by police or convicted of a criminal offence but not been given an FBO.

They’ve not been given an FBO because the courts or police – likely privy to far more information than the clubs – have concluded they don’t pose a risk and yet their clubs can’t wait to ban them.

Why the need for a secondary punishment, one that is generally very difficult to appeal?

Why do clubs ban supporters ejected from an away game before they’ve even heard their version of events?

Why do fans arrested on a match day or who may be invited by the police to attend a voluntary interview, sometimes for nothing whatsoever to do with football, find themselves banned by their clubs even if they’ve not been charged with an offence?

Why are these bans are often automatically imposed regardless of the reason for an ejection or arrest/attendance of a voluntary interview?

I’d like to understand why clubs invariably take the word of a steward over and above the word of a supporter. Why is the account of an employee, or more likely a contractor, deemed to have more credence than that of a fan? 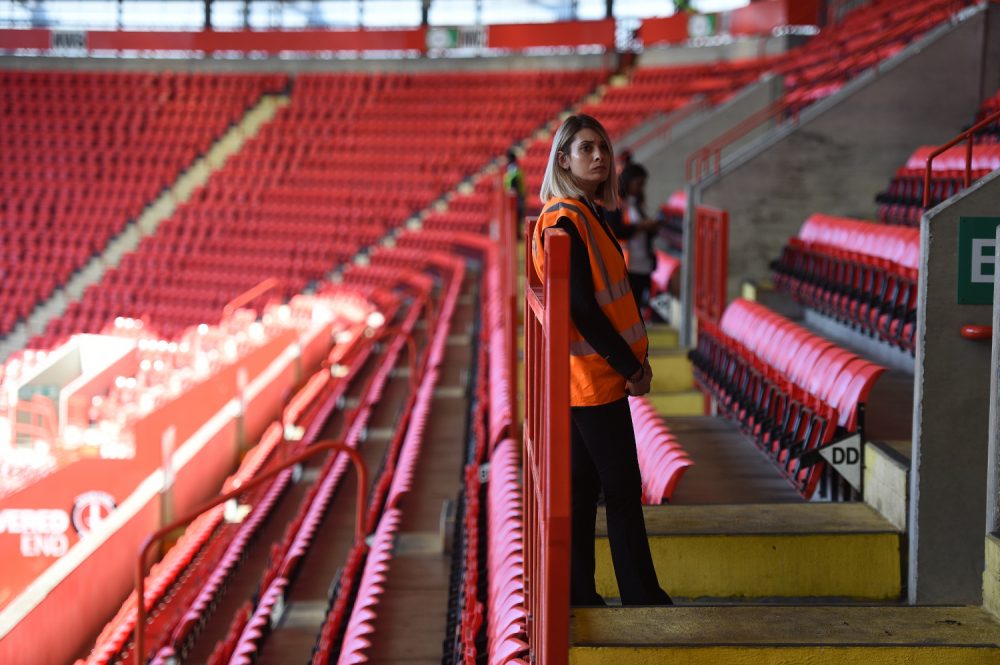 Perhaps the answer to that is the answer to all of the above – that very simply most clubs are not willing to consider the full context, any mitigation or reasonable excuse an individual may have, and thus treat them as a paying customer; that people that have transgressed in some way don’t deserve a second chance, the benefit of the doubt, let alone a meaningful appeal. That they are nothing more than ‘football hooligans’ whose custom the club could well do without.

I’ve got an ongoing case where a supporter has been banned by his club because he voluntarily attended a police station to be interviewed about his suspected involvement in football related disorder.

His club’s safety officer appears to have no understanding of how our criminal justice system works and has banned him “because of your actions” and “because of your involvement in disorder”. This is prejudging and it’s not unreasonable to wonder if the police have already determined his guilt and shared that opinion with the club. If so, this is very dangerous territory.

It could take up to six months for the police to decide whether to take any further action or summons this individual to court where he may be found not guilty.

Even when the outcome of the case is known, there is no guarantee the person will be automatically allowed back to his club and if he is he certainly won’t be refunded for games missed regardless.

Another case; a young man who briefly jumped the hoardings to hug a player who’d just scored a winning goal is one year into a three-year club ban. This is despite the police sensibly exercising discretion and giving him a caution. He is desperately trying to get the remainder lifted or suspended but his club safety officer won’t even take his calls.

A third case that strikes me as especially ironic. A supporter, who I’ll call John, was given a club ban that encompassed away games too. A club can refuse to sell tickets to away games but they have no power whatsoever to ban an individual from another stadium. None. Further, there is nothing in law or terms and conditions to say you can’t buy from or be given a ticket by a third party.

Desperate to attend a particular away game, John purchased a ticket from a third party. However, he was denied entry as an official from his club saw him and told the home club about his ban (clubs can share information to prevent and detect crime, even though John was not banned for committing a crime making the sharing of information about him questionable).

The club subsequently took into account John’s attendance at this match which counted against him when his appeal against his was considered by his club.

How a club can use John’s attendance at the away game against him when they had no power to stop him going to away games in the first place is beyond me.

None of the above should be interpreted as my suggesting certain behaviour or beaching ground regulations shouldn’t have consequences or that a club ban is never appropriate. But there are other ways to deal with supporters beyond imposing a club ban especially without recourse to a meaningful appeal.

Thought needs to be put into what a club want to or will achieve by imposing a ban; is it really for them to punish or “teach somebody a lesson” or could other, more thoughtful outcomes, be beneficial? If our under-resourced and stretched police forces can look beyond the punitive, then there is no reason why our clubs can’t.

Note: this blog is written based entirely on my experience of over ten years and it’s accepted that clubs will, on occasion take a more reasonable approach, that I may not be aware of. I’d be delighted to hear from anybody who has had a positive experience with their club.

FSA Faircop is part of our ongoing drive to ensure that all fans are treated fairly by football clubs and the authorities – you can contact FSA Caseworker Amanda Jacks via: