The Football Supporters’ Federation is delighted to announce the shortlisted nominations for the 2013 FSF Awards, in association with William Hill, following a nominations process involving thousands of fans across the country.

There are a total of 60 shortlisted nominees across 10 different categories – including ‘Player of the Year’ for which Luis Suarez and Robin Van Persie are both on the shortlist. Juan Mata, Christian Benteke, Leighton Baines and Pablo Zabaleta are also in the running to be crowned 2013 FSF Player of the Year. 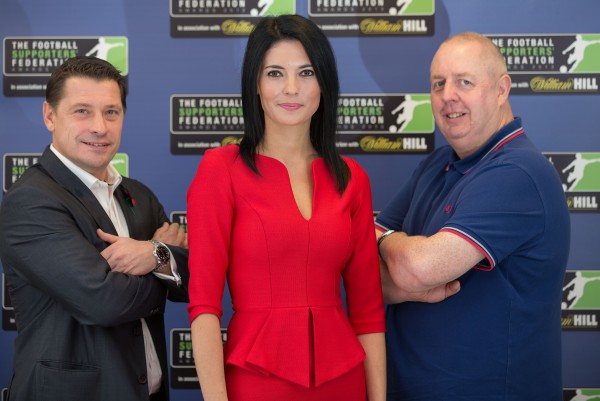 The winners will be announced at a gala awards ceremony to be held on the 16th December at Emirates Stadium in London. The shortlisted candidates are all invited to the event.

Kevin Miles, Chief Executive of the FSF, said: “Fans are the beating heart of the game and these awards will recognise football’s finest – and that recognition couldn’t come from a more reputable source than supporters. Every category is decided by fans so visit the FSF site and have your say. Whether it’s your favourite player, pundit, away day or fanzine, we want to hear from you.”

Kristof Fahy, William Hill Chief Marketing Officer, said: “The supporters are the heart and soul of English football and we’re delighted to be associated with these awards. The FSF Awards recognise the very best in football – and the fact they’re voted for by the fans makes them even more special.”

Football is back, and while we could’ve been worried about players taking a few games to get into their stride, David Luiz delivered from the off. Having been dropped to the bench and only entering the game due to an injury, he fluffed his clearance leading to Man City’s opener in first half stoppage time, before compounding his misery by giving away a penalty and getting sent off for an unwanted hat-trick just after the break.

Spirit of Shankly head up new Liverpool Supporters Board

FSA affiliates Spirit of Shankly (SoS) will head up a new Supporters Board at Liverpool which the club says will “deliver meaningful fan representation at main board and executive levels”.

This week’s #ICYMI entrant shows that pitch invasions are no easy matter, even at non-league level.