Many Stoke City fans will be familiar with the tale of Neil Baldwin and his story is set to become more widely known thanks to an upcoming BBC comedy-drama. Marvellous features Toby Jones, Lou Macari and FSF Chair Malcolm Clarke, you read that right…

Watch the trailer (Greg McHugh of Fresh Meat playing Malcolm on the left):

Neil has learning difficulties and has led an amazing life with a CV that includes circus clown and striker for Stoke City – we couldn’t possibly comment on whether those two jobs share any similarities.

Neil was given his chance by then manager Lou Macari who picked him to lead the line against Villa in a testimonial. He was the club’s kitman at the time, and is a long-time friend of FSF Chair Malcolm Clarke ever since they met at Keele University in the 1960s.

“I appreciated his warm welcome, but who exactly was he? As always with Neil, his exact status was unclear. I could tell a hundred stories about him – the man is a legend,” says Stoke City fan Malcolm.

“The sight of Neil coming on at Villa Park to play for Stoke City in Gordon Cowans’ testimonial (below) remains the most extraordinary and funny thing I’ve ever seen on a professional football field, closely followed by the sight of him on the bench at Hartlepool, dressed in a full top hat and tails.”

Wrexham FC was used for the pitch and external Victoria Ground scenes – the drama being set before the club’s move to the Britannia Stadium – while Crewe Alexandra was the setting for dressing room scenes.

As this is drama, not documentary, Malcolm is being played by Greg McHugh, star of BBC comedy series Gary: Tank Commander and Channel 4’s Fresh Meat.

Marvellous will appear on BBC2 at 9pm on Thursday, 25th September 2014 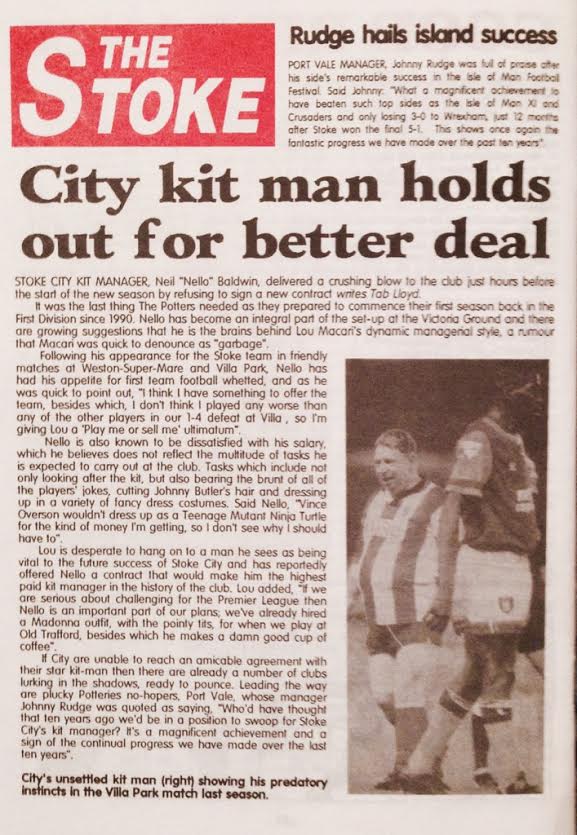 The chair of the Government’s fan-led review of football governance joined the FSA’s National Council for a video conference last night, explaining in further detail the evidence-gathering process which will take place in the coming months.

Earlier this summer, FSA chair Malcolm Clarke stepped down from his role as supporter representative on the FA council after 14 years – and was replaced by Chris Paouros. Here Malcolm talks about his experiences advocating for fans on the council for all those years…