Fans have had their say on last month’s fixtures – with data gathered from the High5it app, the team features the most appreciated and high-fived players from across the Premier League and Football League during February. 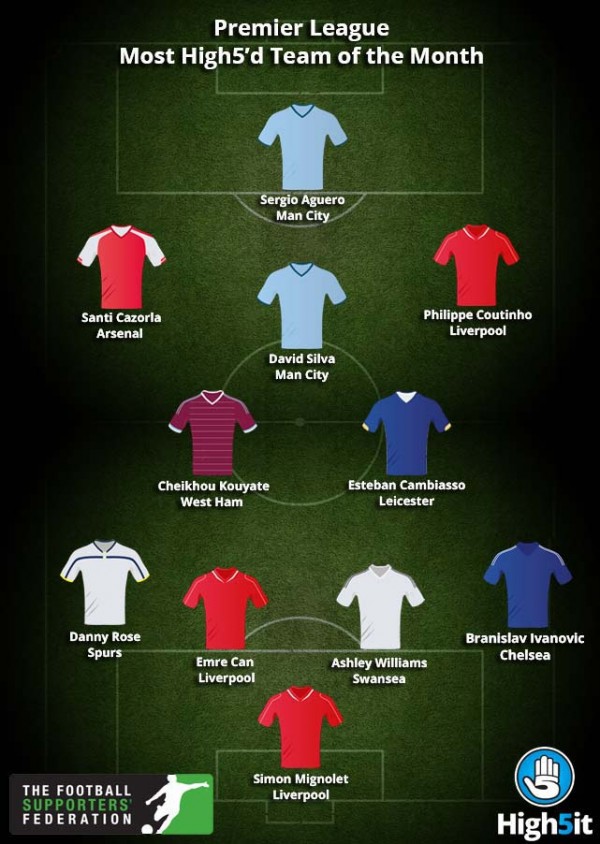 FOOTBALL LEAGUE:  Leeds United goalkeeper Marco Silvestri impressed along with Sol Bamba, keeping Middlesbrough at bay in a 1-0 victory on Teesside. Fred Onyedinma scored twice for Wycombe Wanderers against Stevenage in League Two recently, and Tom Ince has been part of a Derby County side pushing for the title.

Steve McClaren signed Ince on loan from Hull City on ‘deadline day’ in January. It was a canny move; Ince was itching for games, the Rams had lost Johnny Russell to injury and then Liverpool recalled their flying winger, Jordon Ibe from his loan spell at Derby. Tom made an explosive start at Derby – he scored twice on his debut in a 4-1 win over Bolton, netted again in Derby’s top-of-the-table 2-2 draw at Bournemouth, and followed that up with two goals in the Rams’ battling 3-3 draw at Rotherham. Next time out, Ince won the crucial late penalty kick in Derby’s 3-2 win over Sheffield Wednesday, from which Darren Bent netted to take Derby to the top of the Championship table. Ince looks set to play a major part in Derby’s promotion push! 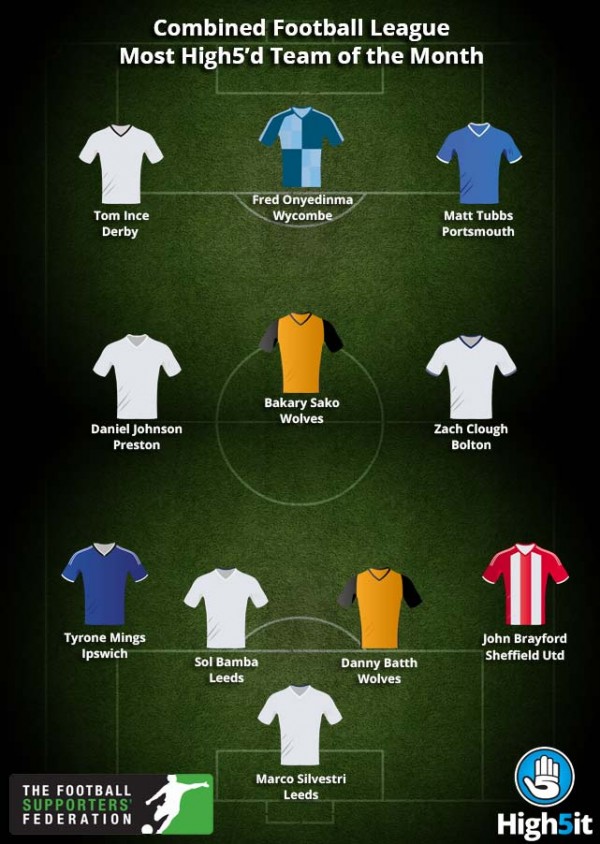