Fans have had their say on March’s fixtures – with data gathered from the High5it app, the team features the most appreciated and high-fived players from across the Premier League and Football League during February.

Users can engage and high five the players who they appreciate most at each fixture through the app, free to download here, and keep up-to-date with all the latest football news.

PREMIER LEAGUE: Daryl Janmaat is Newcastle United’s player of the season, excellent at right-back, before an injury crisis moved him into central defence against Arsenal. Gabby Agbonlahor at Aston Villa and Olivier Giroud at Arsenal have been amongst the goals this month – there’s not much we can add to what’s already been said about Harry Kane.

David Silva has rarely had a poor game in the all the time he has been at the club! He is so consistent, and has set such high standards for himself, that when he falls slightly below par, it would still be regarding as a good performance by any other players standards! Silva has added the vital, final ingredient to his all round game this season, goals!  His goal against Leicester at home was his 10th of the season to date, and another man of the match performance from ‘merlin ‘. When Silva is on form, so are City. 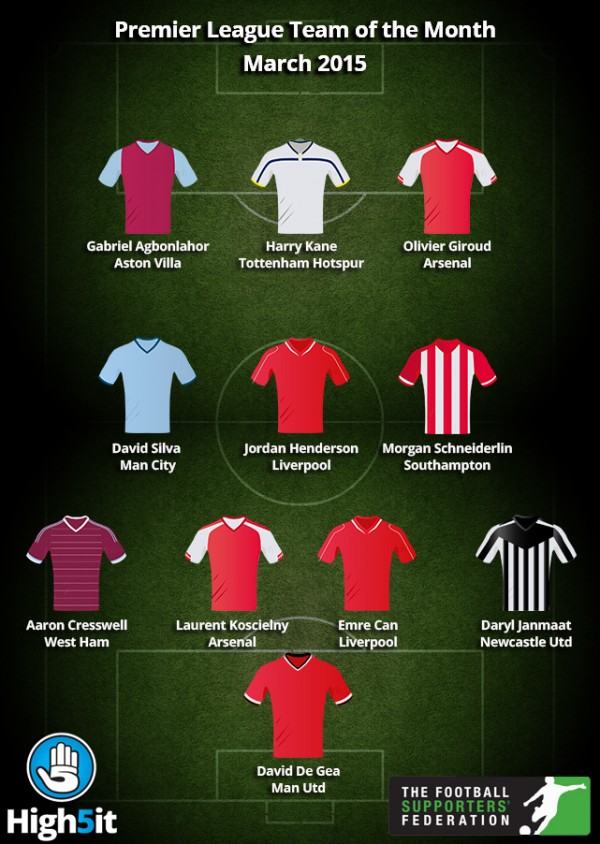 FOOTBALL LEAGUE: AFC Bournemouth top the Championship, with three wins out of four, Brett Pitman reaching 14 goals this season. Lewis Baker has been in form for MK Dons in League One, as they remain in the promotion chase. Jimmy Floyd Hasselbaink’s Burton Albion are top of League Two, with El Khayati and McCrory earning most praise from fans. 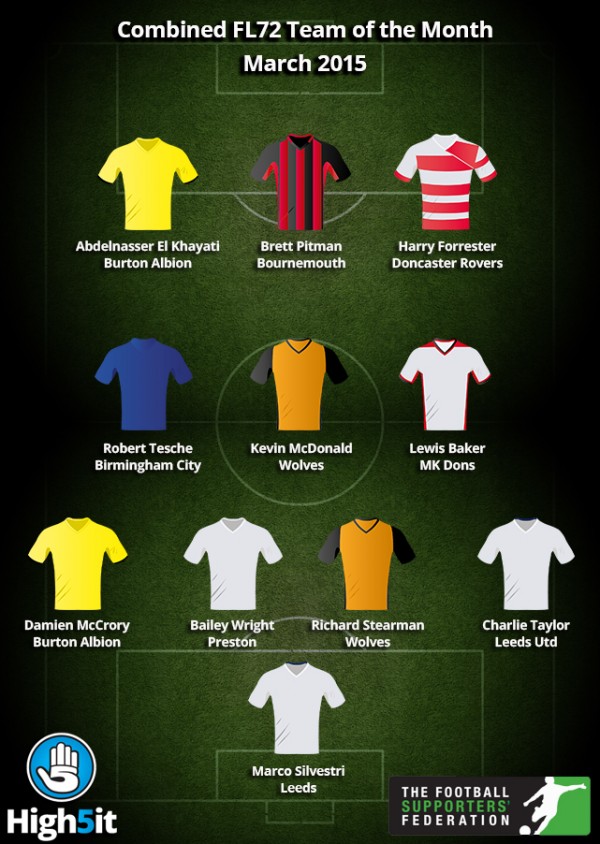