The data is in – see which players are the fans’ favourites in January 2015. Gathered from the High5it app, the team features the most appreciated and high-fived players from across the Premier League and Football League.

PREMIER LEAGUE: Harry Kane has been in fine form, scoring two goals against West Bromich Albion last week, securing a five year deal with Tottenham Hotspur at the end of the January transfer window.  Elsewhere, Alexis Sanchez remains irrepressible at Arsenal and Dwight Gayle reached the 10 goal mark for the season with a brace against Burnley. 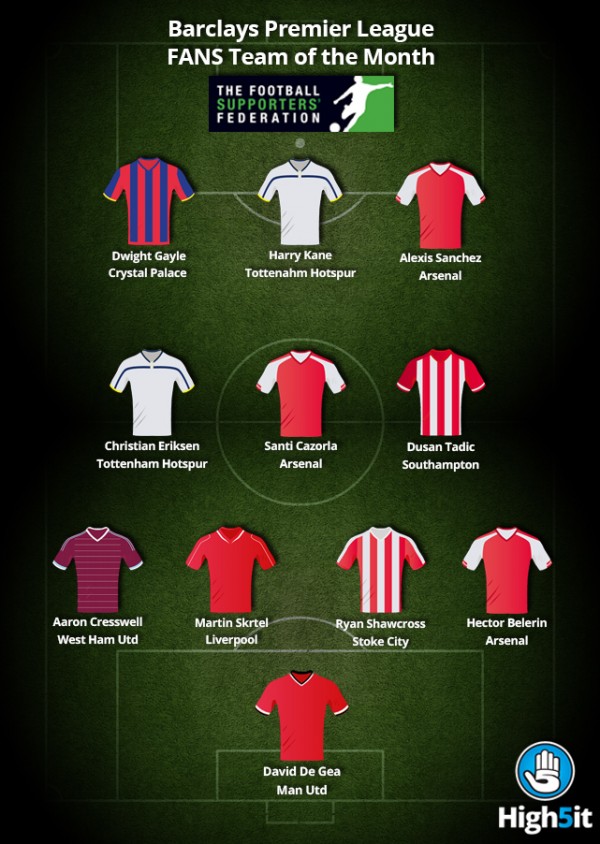 FOOTBALL LEAGUE: MK Dons’ Dele Allie earned the praise of High5it users (as well as Spurs who paid £10m for him). AFC Bournemouth remain top of the Championship – Matt Ritchie scoring his eighth goal of the season. Derby County may catch them, especially if Darren Bent, who scored twice against Blackburn Rovers, maintains his form. 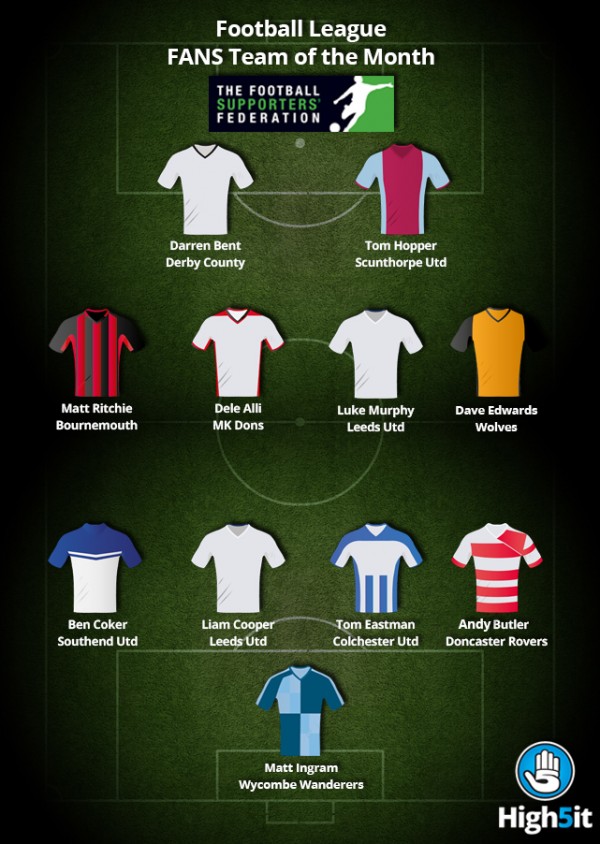