Now I am not an expert on grassroots football – there are too many, 100,000s of clubs to get around in my sheepdog-photographer style. But I’ll have a go. I’ll get back to you with the results. But I know this already – the game at grassroots is under threat.

The FA are promoting it, others are denigrating it and/or threatening to save it themselves. Matches are called off willy-nilly because of the vagaries of the English weather (which hasn’t really changed over the years) and because clubs are scared of getting sued for injury. To player or spectator. Or ref. The RESPECT has gone out of playing for your local side.

Coniston, who I played for, was a bastion of grassroots football – couple of hundred spectators, a few (sheep)dogs and player-upon-player, fathers then sons then younger brothers queuing up to don the shirt and crest and number. Now Coniston are a joke. Third Division, hardly raising a team. More likely the youthful are at their computers and partners. And the same shake-of-the-head story can be told elsewhere.

Except in the Northern League!

125 years not out. Indeed thriving. A results service rivalling THE Premier League. And yet these are just dads and sons and brothers who have jobs and demands, or maybe don’t but wish they did. They are not now representing the village or the town whose team they run out for (it’s true) but they are still representing ‘the north east’ with a real sense of belonging and duty.

On this damp day I get to the ground before anyone and await the first ref’s inspection. I put my own pressure on him to call it “on”. “I will,” he says, pulling the ball from the mud-hole. “But that’s not to say the match referee along later won’t call it off”.

It went ahead. Survived the 2nd ref’s inspection. You’ll have to imagine the game you could have seen, or played in. 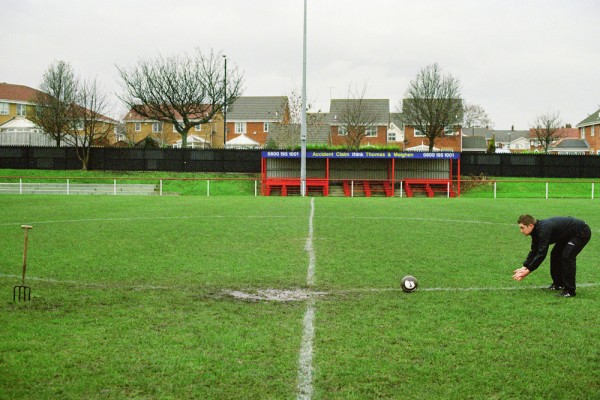 For the third year running the FSA will be supporting the North West Football Awards – an event celebrating the best and brightest across all levels of football in the north west.

It’s not just the courts at Wimbledon that are busy at this time of year – a worrying increase in football clubs facing administration and liquidation is creating more work for the High Court in London, as winding up petitions are served against a growing number of clubs unable to pay their debts.