In this regular blog photographer Stuart Roy Clarke will explain the thinking behind his best Homes of Football images, available to buy here…

It’s February in England and everywhere English football is paying its respects to its greatest ever icon…the man who as captain lifted the World Cup in 1966.  The first member of the winning side to die, aged but 51.

Carlisle is the furthest outpost in England from Moore’s own upbringing in London. 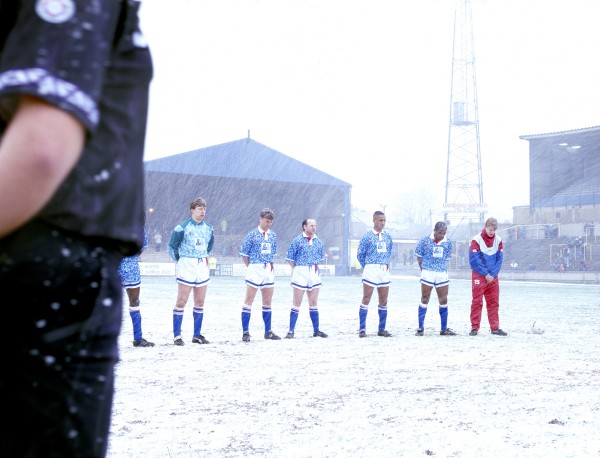 In 2004, CCUIST became The United Trust. Acronyms were proving unpopular so the new name, together with new logo, were largely welcomed by members. Kate Rowley was put as chair and board rep in place of the departed Alan Steel. However the new identity and new personnel at the top didn’t mean a smooth year ahead. It turned out to be anything but. On the pitch, United had just been relegated to the Conference, ending their 76 year stay in the Football League. Problems quickly developed off the pitch, too.

In March 2001 a meeting of four football supporters occurred in a pub outside Carlisle. They didn’t know each other, but they all had a common goal – to get an organisation together that could ultimately buy a share of their local football club. Different groups had been talking separately about setting up such a venture but that day, four of them came together to pool their collective talents and get a committee up and running to do just that. These were:

Fan groups across the country have been looking at ways to raise money to support their club’s survival – we’ve already reported on stories from Exeter City and Grimsby Town.