Homes of Football: Carlisle United, my number one club 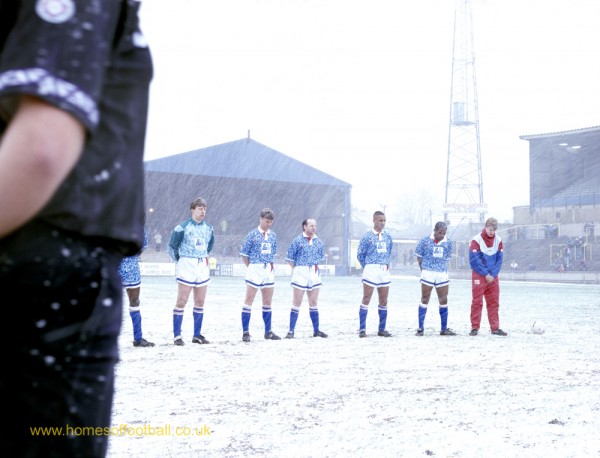 The chairman’s dream of too much on his plate, Carlisle United, 1993, by Stuart Roy Clark 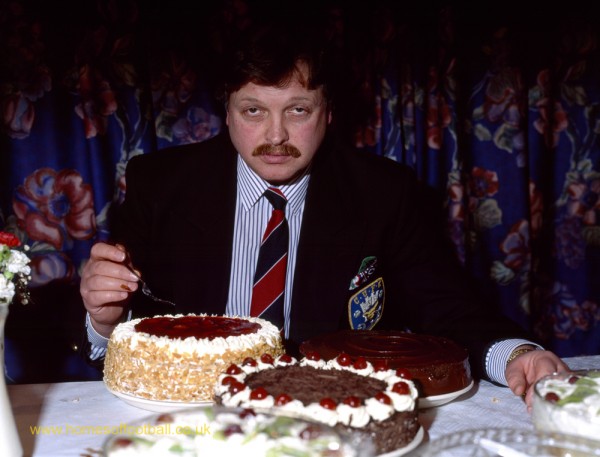 George (Og) a striker was said to have stolen an ironing-board. This strangely allured him to the fans. If he could do that with a board what could he potentially do with defences.

And besides, who hasn’t tried to impress the Missus?

All this was put to one side the moment Bobby Moore, beacon of Englishness, was to be remembered for his foreshortened life, in a snow-storm of 1993. George is there, shoulders out. The tribute was nationwide but Carlisle being the most northerly outpost got the snow.

The tribute connected Carlisle with everyone. Surely with even the man upstairs. (Not Michael Knighton, he had an elbow on the dugout).

Immediately the beautiful white carpet would be messed with chaotic patterns and United dazzling themselves and Rochdale with an inspired 3-0 win.

Opening the door for the big man to tear up all other peoples poxy little scripts.

Michael Knighton had seen aliens. Juggled with the other United of Manchester.

OH YE OH YE OH YE…CARLISLE ABOUT TO BE FLOODED WITH AMBITION.

Fan groups across the country have been looking at ways to raise money to support their club’s survival – we’ve already reported on stories from Exeter City and Grimsby Town.

Whether you’re looking for an outlet for some creativity, catching up on homeschooling or getting the kids ready for the return to school in September, our workbook aimed at KS3+ age children could be what you’re after, and there’s a little bonus in the shape of our prize draw.

Newcastle United fans, led by their supporters’ trust, have launched a bid to buy part of the north east club.