Dylan Thomas is captivating football folk with his stories in the pub top right – well he would have been had he liked football and not drunk himself to death; a few fans are making their way to the game…in the ground a man has a corner all to himself, his own special place.

Two brothers are keeping the flag flying for their team who are playing Fulham in League Division Three in an end of season fixture…in fact Fulham are already relegated to the Fourth.

I climbed up high to present a God-like view of proceedings, asking myself as I went “WHY aren’t more at the game?; WILL Swansea ever reach the top again? Does anybody really care?”

High-up I was presented a perfect angle to present a football-life joined – and severed – from a community; houses and gardens seemingly prodding the stadium perimeter, two empty seats with their backs to the football ground…washing on the line (life goes on) and a terrifying dog in dreamland not bothered by what’s over the wall. 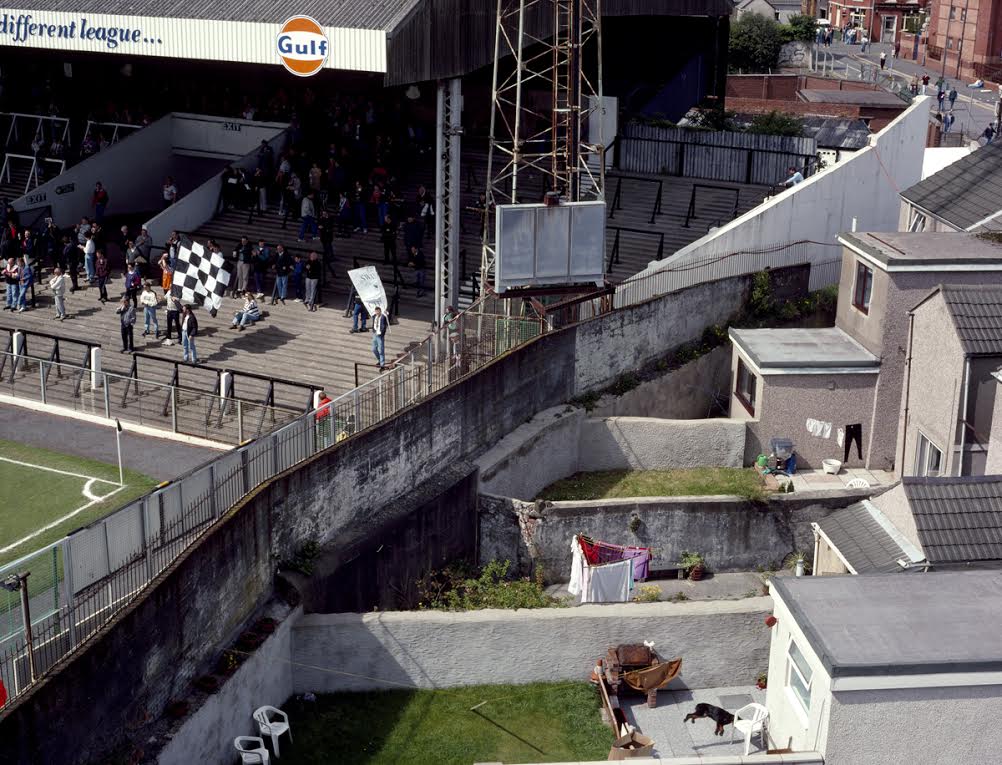