Homes of Football: “We are the pioneers”, Sheffield United

In this regular blog photographer Stuart Roy Clarke will explain the thinking behind his best Homes of Football images, available to buy here…

“We, now, are pioneers in the game of football” – Sheffield United (© Roy Stuart Clarke)

The actors (Danes and Brits) were playing football between takes of BBC’s The Last Kingdom, only yesterday. It was why Alfred The Great burnt his cakes. Rebel-rousing games of football have been played in olde England certainly since the 1300’s.

Indeed cricket and football were played increasingly until in 1839 Sussex formed a County Cricket association and in 1857 the world’s first football club Sheffield FC asked neighbours Hallam Cricket Club to field a FOOT-BALL team. The derby was borne.

Sheffield then looked for an away fixture, at Nottingham, in 1865 and the seeds of The first Football League were formed.

But all this is quite recent when one considers the great weight of history and evolution going back millions of years. If these ‘games’ are to last a few thousand years more then WE, our parents and great grandparents – the few generations dating back coincidentally to the time of the birth of photography in the 1830’s – WE ARE THE PIONEERS and these seasons presently are the birth pangs. 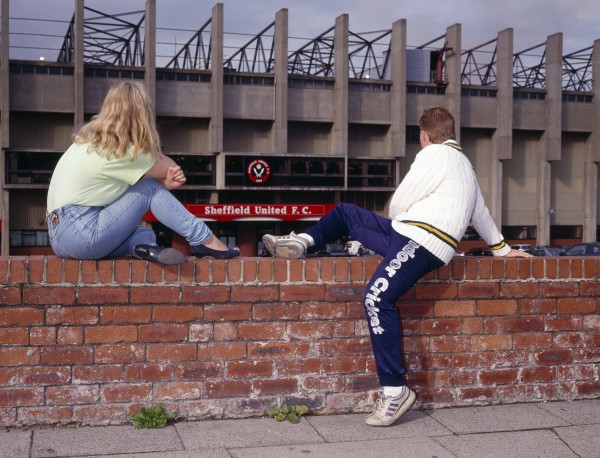 While the excitement and celebration of this weekend's Football United event has been attracting the attention of the LGBT+ community and the media, it may perplex some football fans about why events like this are needed, and why they are important.