Want to have a drink in your hotel room that happens to overlook a football match? Not allowed under current legislation – legislation which Matt Hall, associate lecturer in law at UWE, says needs to be urgently reviewed..

It is well established that football spectators are subject to stringent restrictions concerning alcohol.

Despite being able to consume alcohol in ‘direct view’ of the playing area at rugby, cricket and horse racing, which have all seen their own issues with disorder of recent, consuming alcohol at football in ‘direct view’ remains forbidden.

Previous articles have highlighted the absurdity of the ‘outdated’ legislation, with calls for football fans to ‘be seen as equals’.

Yet, it is not just spectators in their seats that can fall foul of s2(1)(a) Sporting Events (Control of Alcohol etc.) Act 1985 (‘the Act’). This section states that you are guilty of an offence if alcohol is in your possession;

You would be forgiven in thinking that this legislation applies only to the seating areas and executive boxes within designated sports grounds alone. However, it seems one hotel has also become encompassed within the confines of ‘the Act’. In a Norwich hotel, located next to Carrow Road, ‘FA Match Day Rules’ are to be agreed and signed upon check-in for all rooms ‘pitch facing’ if a game is to be played. ‘Rule’ 7 outlines that;

The ‘rules’ are concluded with: 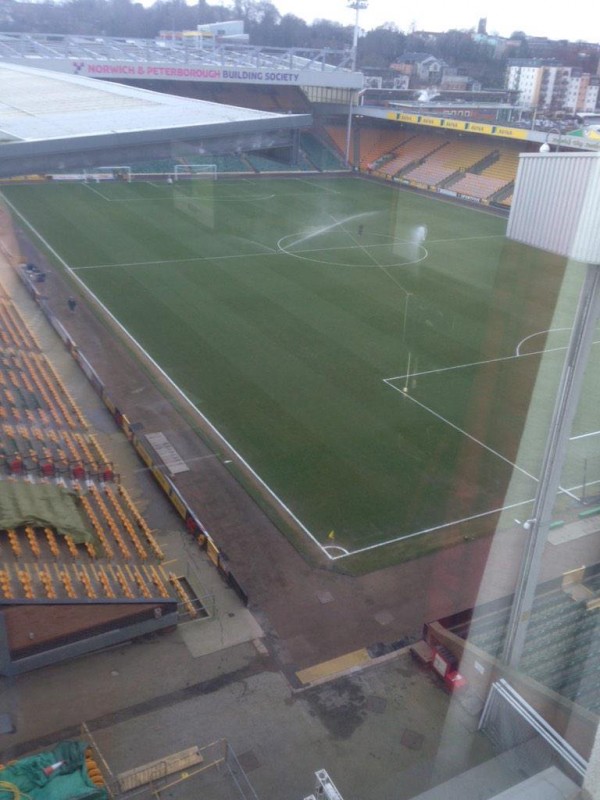 The purpose of the legislation is ‘to make football grounds safer places for decent people.’ Was it really Parliament’s intention to enact legislation that polices actions taken in the privacy of your own hotel room, just because a football match is being played? Consumption of alcohol is permitted in any other room not ‘pitch facing’ and in the hotel bar, which was packed with home and away football supporters.

Strictly applying the wording of the legislation, some hotel rooms are indeed in ‘direct view’ of the pitch, and perhaps the hotel are justified in their approach.

However, when the judiciary interpret Acts of Parliament, if absurd results are likely from the literal wording of ‘the Act’, they are entitled to deviate and interpret the legislation differently, thus, minimising the ‘absurd result’. In this instance, that would be prosecuting an individual for consuming an alcoholic drink in their hotel room during a football match.

The police already have powers to deal with disorder that may be alcohol induced. Drunk and disorderly, contrary to s91 of the Criminal Justice Act 1967, can be utilised in a ‘public place’. This includes ‘any premises that the public have or are permitted access’; in essence, a hotel.

Whether the hotel is right or wrong in this approach, or, whether the police would arrest or not, remains to be seen.

One thing is for certain however; the legislation in its current format is illogical, outdated and futile.

The legislation was certainly not enacted to govern what people drink in the privacy of their own hotel room, whether staying for football related purposes or not.

Powers are available to the police if they wish to eject or arrest an individual for disorder linked to alcohol away from ‘the Act’. In repetition of previous articles, it is time to review this absurd legislation and bring football into line with other sporting events.

Police forces across England and Wales seeking to secure more funding from football are putting smaller clubs under serious financial pressure, according to the North Wales Police & Crime Commissioner.

UEFA must enforce minimum standards for away fans – survey says

UEFA must implement minimum standards across its club competitions say campaigners after the results of a Europe-wide survey of away fans was published this week.