Lady Imps out supporting the team

It’s International Women’s Day and we thought it would be a good idea to speak to some of the women involved with FSA affiliates and projects to hear a little more about their football experiences. The cast? Maria Ryder (Lady Imps), Kate Lewers (Women of Watford) and Hannah Kumari whose Fans for Diversity-backed show ENG-ER-LAND is currently touring the country.

FSA: Fans find football in different ways – how did you get into the game?

Maria Ryder (above – seventh from right): I grew up with no connection to football at all, it was the scores on a Saturday before the programmes I actually wanted to watch and media stories of hooliganism. It just wasn’t relevant to me growing up but then I had a son and went to watch my local team, but the atmosphere around the game was just awful.

Fast forward the years and I met a new partner who was into football, I just went along with it but I was completely converted this time. Sincil Bank was full and the team was on the cusp of doing really well. I had an amazing experience and thought there must be more women like me who’d missed out on this. I wanted to encourage more women to get along to the game and it gained traction from there.

I set up Lady Imps in 2017 to encourage more women to get along to the game and it gained traction from there. Women wanted to talk about the game but not on the traditional forums or “banter” sites and we soon had 1,500 on our Facebook page, then we set up the group formally and have about 150 members who pay a fiver per year, just to fund admin and badges. It’s a loose connection but over time it helps people to get to know names and faces, to make connections at the game.

Is that how Women of Watford came about, Kate?

Kate Lewers : My reasons for setting up Women of Watford were slightly different, they were more born about women’s safety. This time last year was a really heavy week for these issues. Around International Women’s Day and Mother’s Day last year there was the Sarah Everard tragedy and the protests which followed and I was talking about women’s safety and felt I needed to do something now. 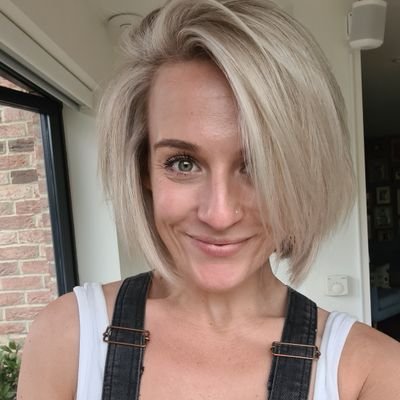 So I started ranting on Twitter and most of my followers are football fans like me, but I didn’t go to away games because it meant going by myself. I thought “there will be others who feel like that” so can we do things to make people safer? Having a women’s supporters group was a starting point to building a community of female fans at Watford. You could say I created the group to have friends – joke! – but I have actually made a lot of new friends through Women of Watford. And block booking away tickets does feel like it provides an element of safety. That’s not a long term solution but it is a temporary one.

Hannah Kumari: I’m from Rugby and a Coventry City fan, as they were my local league team. My first match was an FA Cup tie against Manchester City in 1996 and I was hooked. For me football has always been about the experience of going to the game, walking up to the ground, feeling that anticipation. When I lived in different places, like Valencia, I always followed the local team.

My love of football is definitely tied up in going to games so when I lived in east London I went to see West Ham United a lot too. I connected with a fan on Twitter who would let me have his away ticket when he wasn’t going. But unfortunately I had some unpleasant experiences, especially away from home.

Is that what inspired ENG-ER-LAND?

Hannah celebrates football and the 90s

The FSA’s Women at the Match survey showed that, shockingly, one in every five women have received unwanted physical attention at the match. It also showed a rise in reported incidents of sexism from 2014 to 2021. Do you think that’s because of an increase in incidents or a willingness for people to call it out?

Maria: Both. Calling behaviour out has increased and social channels help to do that but I also think there has been an increase in poor attitude, verbal and physical behaviour which is shown within crime statistics. I’m nearly 50 and in my early 20s I was lucky not to experience overt sexist abuse and I thought the work in the 70s, 80s and 90s had been done, but is my generation the one who benefitted from the work that was done without the fight being won? There’s a new generation of attitudes which has morphed into something more toxic and accepted, and that wasn’t the case when I was in my 20s.

Hannah: It’s not just football but I do notice the difference when you’re with a man. It does make a difference in terms of not receiving unwanted attention or comments. I do notice a difference at different grounds as well, I know people make jokes about the atmosphere at Arsenal but the Emirates is better.

And every male fan can be an ally in that respect? We can all call out bad behavior…

Kate: Yeah, it needn’t be a divisive issue, it’s about being decent people. Many male supporters just don’t know the experiences of women, for example, every single one of my female friends has had a negative experience with a man, whether it’s safety in the street or online abuse. And it’s not the job of women to educate men but we have to start somewhere. I’ve been on Watford podcasts and encouraged male fans to “call out your boys” and put an end to this stuff. For example, I was at the FA Cup at Wembley and walked past a group of guys who felt they could comment on me, my legs and my character. One of them apologised – “they’ve had a few drinks” – but it would have been better if he put his mates right.

Maria: It’s interesting at football that people will point and laugh at other physiques – “you fat bastard” and so on – so it’s no surprise it’s happening in football. It might just be my experience at Lincoln but maybe at bigger clubs and big crowds people feel they can be more anonymous and get away with bad behaviour?

Hannah: I’ve had the same thing at football and walking down the street. And you just never know what could happen. That football and alcohol connection can get kind of out of control. We saw that at the Euros with an 8pm final kick-off and drinking from the morning. It does feel to me like a lot of sexist and racist abuse is linked to alcohol.

Kate: Is drug use a bigger problem than alcohol? Cocaine use? I’m a Watford fan and it’s definitely part of some people’s matchday now.

Maria: It feels like a perfect storm, post-lockdown, and you have alcohol, football and tribalism. I do worry that we could undo a lot of good work and rewind to the 80s. Cooperation and action is needed to make sure that doesn’t happen.

Hannah: The Three Hijabis are doing their thing and there’s groups like Kate’s but then at the same time it’s going backwards in other ways with chants and things. It comes from fear.

Lots of work to be done in that sphere still – can you tell us a little more about the positive stuff you have on the horizon?

Hannah: I’m touring 18 venues all around the country with my play and doing some workshops for teenagers. Public performance in the evening and workshops in the morning, talking about the themes of the play, pack mentality, with secondary schools.

Kate: I’m looking forward to some social events with Women of Watford based around International Women’s Day. We were set up mid-pandemic so we’ve been limited on numbers previously but one of the nice things now is we can meet up, and have a few drinks in the pub. It’s really exciting for the potential to get new female fans, we’ve got block bookings at away games, and generally we’re up for building a community of female fans. Everyone is so used to men heading to the game together in groups but not women. At one match a steward was like, is this the “mothers” group which is such a weird response that men don’t get, as it’s normal.

Maria: We’re hoping to do a social in March or April to mark our fifth birthday. We’ve also got the Imps Matchday Welcome Project, fans raised funds and the club matched that so we’ve now got four season tickets and we share them out to introduce new, underrepresented groups to games. We’ve also got a My City, My Shirt launch planned for the end of the season. We’re loving meeting new groups who are setting up, at last we’re not alone!

Hannah: One of the venues I’m at, Base Camp Boro, has also got new plans to be a safe pre-match space at their arts venue. It’s an alternative place to meet for away fans and we’ve been working with Rob Nicholls [editor’s note – Boro fan and Fly Me To The Moon editor] and Fans for Diversity on that.

The FSA would encourage any supporter to get involved with their local supporters’ group, and if any fans out there would like to start their own, particularly in the spirit of what Maria and Kate are trying to achieve, we’re here to help. Hannah’s show is also backed by our Fans for Diversity campaign so if you have a project in mind get in touch.

As it’s International Women’s Day we thought it a good time to speak to some of the women on our National Council – Ally Simcock, Kristine Green, and Sarah Stelling – in a special extended feature. We wanted hear about how they got into football, football activism, and whether they’d ever been treated differently at the match…

Ahead of the women’s Euro 2022 championships this summer the Royal Philharmonic Orchestra are working with the FA to produce a new anthem for the tournament – and they’re asking fans to get involved.