Learning Jack Leslie’s story only last year was a shock to the system. Why didn’t I know? As a young Plymouth Argyle fan in the eighties I was only interested in Tommy Tynan and the FA Cup heroes of 1984 – a third division side, we made the semis where we lost to Watford.

The club’s distant past just didn’t cross my mind. It’s all our responsibilities to acknowledge the failings of the past to help us address the issue of the present.

From failing to contextualise figures of the past who are commemorated in bronze to incidents of racism in professional sport now, this is not a time to pat ourselves on the back for how far we’ve come. Racism is still here. Just ask Ian Wright. Just ask any person of colour inside or outside the world of football. Just watch the news.

But what a story Jack’s is and what a player worth remembering and celebrating. His Argyle team toured South America in 1924 beating Argentina and Uruguay. Jack helped them win promotion in 1930 – captaining the team in his final years.

His reputation as a goal scorer and creator spread far and wide leading to that England call up. Of course, we at the campaign not only want that historical wrong righted, but also want people to understand the story’s relevance to issues today. Because it’s only through education and empathy that we can eradicate a prejudice that bitterly clings on. 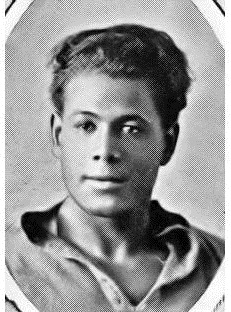 In 1925, I’m sure it came as no surprise to Jack that he never won that England cap. When Viv Anderson was finally selected in 1978, Jack was interviewed about his story and said he felt it was just one of those things. In his words: “They found out I was a darkie and I suppose that was like finding out I was foreign.”

So how do we know Leslie should have been England’s first black footballer? There is Jack’s own testimony of being called into his manager’s office to be told he had been picked for England in the game against Ireland and how the news was the talk of Plymouth. I can’t see any reason not to believe him.

And there is archive evidence of the selection that was later rescinded. A press article in the Nottingham Journal on 6th October 1925 names Leslie in that England team. And of his mysterious deselection one local reporter wrote: “Unfortunately my pen is under a ban in this matter: but I may say that a mistake was made in London and transmitted to me. Anyway, Leslie was at that time playing quite well enough to be chosen.”

How and why this ‘slip up’ by the FA occurred is still a mystery and one I’d love to know more about.

It does seem unfathomable that the selection committee would not have known he was black as he had been playing professionally for several years and his appearance oft remarked upon. So there must have been one or more FA selectors who decided to put Jack in the team. Why else would the news have travelled and been published?

So it rings true that someone, or more than one person, intervened, to deny Jack Leslie his cap. In 1933 a national paper said, “Had he been white he would have been a certain English international.”

Jack Leslie was, at least, a hero in Plymouth as a cornerstone of the team for more than a decade. His family tells of how well he was loved in the city and that he received a standing ovation when he returned for a visit in the sixties.

Those cheering supporters will always be the lifeblood of any club. It’s the fans who are rallying round their clubs in this time of crisis doing their best to help them survive. And while some fans have, of course, been guilty of racist incidents — the monkey chants and banana throwing that shamed the terraces of the seventies and eighties — the anti-racist movement in response has come from the ground up, from players and fans to be embraced by clubs.

And that’s why the support of the Football Supporters’ Association is so welcomed by the Jack Leslie Campaign as we seek to tell the story and continue the fight against this scourge on the sport and society.

Jack Leslie’s first cap would have come as he was maturing as a player and, had it been granted, might have seen him become a fixture of the national team for years to come.

It’s time for supporters everywhere to know his name and for a statue to be built that deserves its place.

Earlier this year we told you about the Jack Leslie campaign – a movement to get a pioneering black player recognised with a new statue outside Plymouth Argyle’s Home Park.

“He was one of us” – campaign to honour Ipswich Town legend

During this week's international break, former England international David James will be helping football fans across the country overcome their boredom in a bid to stop them making impulsive bets.