For the second week in a row it’s a good Friday at Elland Road – Leeds United have announced their support for safe standing. They become the 23rd club in English league football to formally back the FSF’s Safe Standing Campaign.

Club Chief Executive Shaun Harvey said: “Leeds United would be happy to support the changes required to Football League regulations to allow safe standing rail seats, in the event that Peterborough United are successful in their lobbying of Government to achieve a change in current legislation.”

With Leeds United becoming the 23rd club to offer their support it means that a quarter of the clubs in the Premier League and Football League have now formally backed the Safe Standing Campaign. The Scottish Premier League also supports the campaign.

Furthermore, more than half of the Football League now either formally support our campaign or have a standing area themselves (clubs in League One and League Two are exempt from the standing ban).

FSF affiliate Leeds United Supporters’ Trust (LUST) welcomed the move and said that they hoped the club would consider the possibility of rail seating in the Kop, should legislation allow it.

Chair Gary Cooper said: “This is something that LUST has long campaigned for, we hope the football authorities and the Government look again at safe standing. We fully support the rail seating system currently being demonstrated across the country.

“It’s clear from the feedback we’ve had from our 9,000+ membership that supporters want to be able to stand and sing while supporting their clubs, no more so than at Elland Road. We urge the club to look again at the possibility of rail seating in the Kop.” 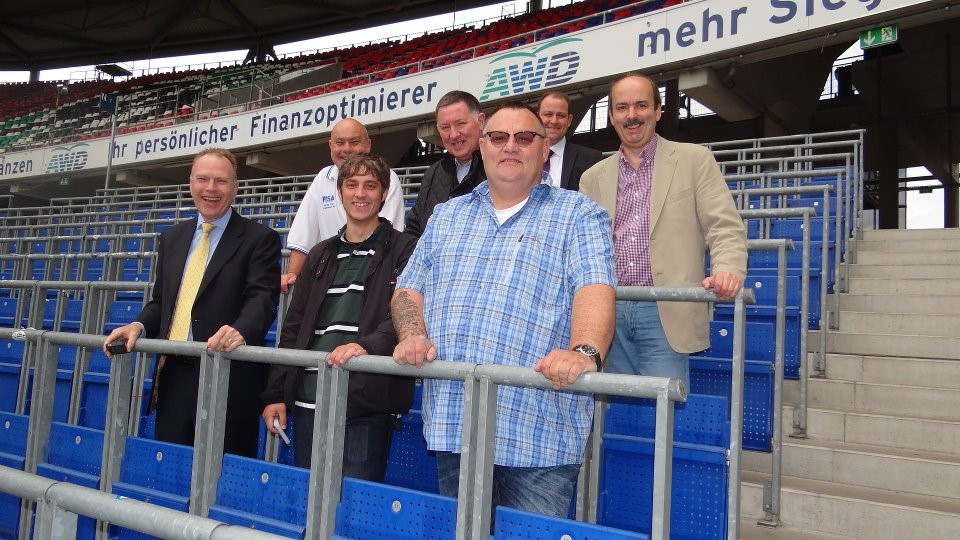 Why does the FSF back safe standing?

The FSF represents more than 200,000 individual and affiliate members throughout England and Wales and tries to fairly reflect fans’ opinion on all sorts of issues. Safe standing is one of the most commonly raised subjects.

Survey after survey (see# 2) shows that fans overwhelming back the choice to sit or stand and safe standing can be introduced within stringent safety standards laid down in the Government’s Green Guide. But that alone will not be enough, clubs must make their voice heard too and it’s another boost for the campaign that Leeds United have seen fit to do that.

As Professor Steve Frosdick, safety expert and founder member of the Football Safety Officers’ Association, says: “I think they’ve [the FSF] got an irrefutable case to allow clubs and fans the choice of having rail seating.”

Thanks to Action Images for the image used in this article.

There you are, going about your day, encouraging football clubs to think a little more about their long-term financial health and ways to increase supporter engagement when – BAM! – a club CEO compares your ideas to the Great Leap Forward (Chairman Mao’s disastrous policy which led to the deaths of at least 15m Chinese citizens).

Newcastle United fans have praised Leeds United after the club worked with them to address issues facing away fans visiting Elland Road.