Port Vale Supporters’ Club handed out ska style t-shirts at Vale Park at the weekend to promote the Fans for Diversity campaign with an anti-racist message.

21 volunteers at turnstiles handed out free t-shirts to 300 fans at Vale Park this Saturday, with a simple “Love Port Vale, Hate Racism” slogan – inspired by The Specials’ famous Gangsters LP cover. The club supported the action with the players taking to the field in the t-shirts during their pre-match warm-up.

“We nicked the t-shirt design from The Specials,” said Malcolm Hirst from Port Vale Supporters’ Club. “It’s very famous image and I love ska music so it was an easy choice.” 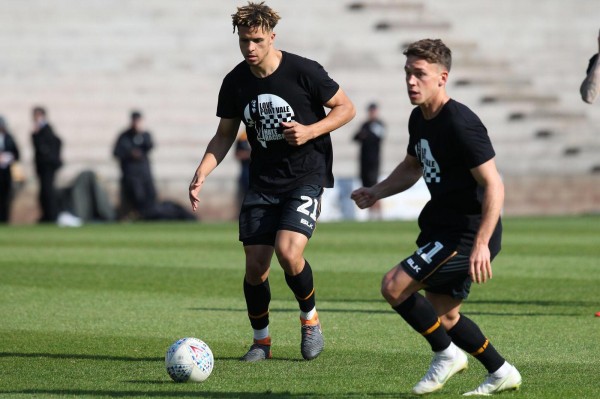 The idea to promote diversity at Vale Park came to Malcolm after meeting Anwar Uddin, who runs the Fans for Diversity campaign, back in April when Anwar spoke at a club meeting.

“We became interested in success of the Fans For Diversity campaign and the work the FSF and Kick It Out were doing,” Malcolm said. Later Malcolm applied to the Fans for Diversity fund to help get the idea off the ground and get the t-shirts printed.

“Unfortunately, a minority of Port Vale fans don’t have a great reputation,” Malcolm said. “So we felt it was important to redress the balance. We wanted to do something positive, so we’ve been trying to raise awareness around diversity issues.

“The t-shirts were received very well, better than expected. We had lots of positive feedback from the fans at the turnstiles.

“The coverage was brilliant and the reception on social media was excellent – so we’re looking to do more.” 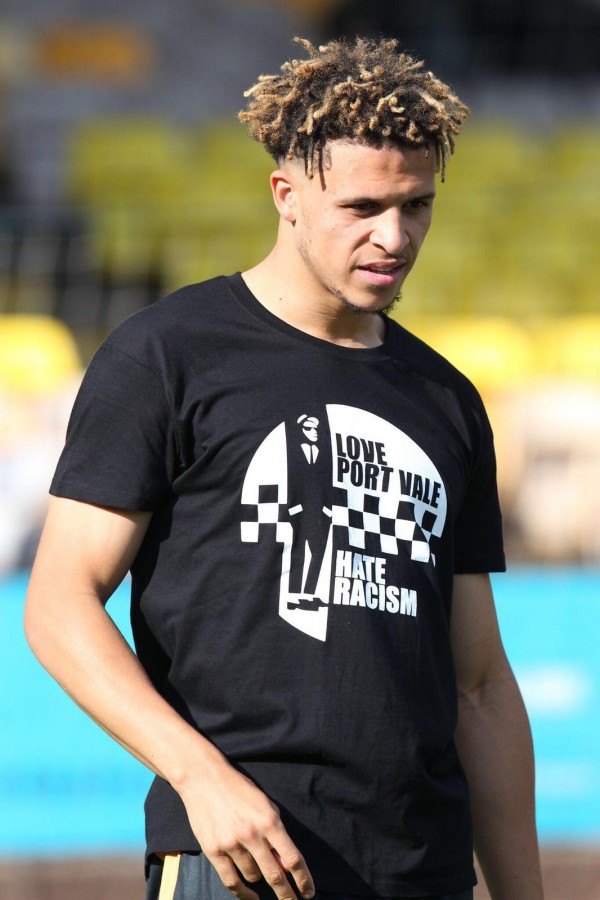 Since the rapid uptake on the t-shirts at Vale Park, Malcolm and Port Vale Supporters’ Club have been looking to print more, as well as having the design printed out in a larger format for display at the club.

Anwar said: “It’s a really smart design and the Vale fans have made a great impression.

Thanks to Gerard Austin for the images used in this blog.

Leeds United fans have unveiled a new mural of one of their cult heroes to celebrate diversity in the city in a project funded by the Fans for Diversity campaign.

Here’s how you can report racist abuse

While last night the vast majority of football supporters saw a talented young team fight its way to the Euro 2020 final, some pathetic individuals saw an opportunity to throw online racist abuse at those very same players.

#TakeAStand calls for fans to back anti-discrimination action

The FSA is supporting Kick It Out’s latest campaign, Take A Stand, which is calling for action in the fight against discrimination in football.