The Manchester United Supporters Trust (MUST) has launched a new “Sign for United” campaign urging fans to commit to supporter shareholding.

Recently, Manchester United’s owners said they would open up to supporter shareholders at the club as part of a new fan share ownership scheme – promised by the current owners in response to demands from MUST following the European Super League debacle.

The first signatory to the new campaign from MUST is former Manchester United player Eric Cantona.

The online campaign aims to reach out to Manchester United’s global fanbase to hold the Glazers to account and make good on their promise to “create the biggest fans ownership scheme in world sport”, as Joel Glazer promised earlier this month. 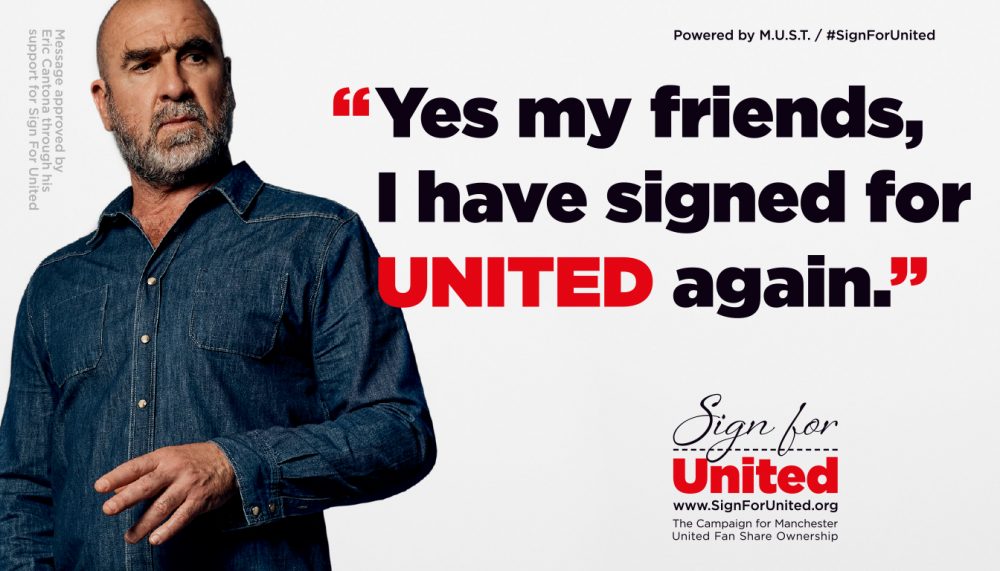 MUST said supporter-owned shares should come with the same voting rights as the shares owned by the Glazer family and be issued in sufficient numbers that Manchester United supporters can develop a meaningful ownership stake in the club, with a meaningful say over how the club is run.

Duncan Drasdo MUST chief executive said: “No-one loves the club more than we do so fans should be at the heart of ownership. This is our chance to take the first step towards that change.”

“Joel Glazer promised to create the biggest supporters share scheme in sport – now is the time to make good on that promise.”

Supporters will be able to make a return to EFL fixtures next week, with two matches confirmed as test events in line with the Government’s pilot scheme.

Pressure is building on the Government to update their guidance currently prohibiting the return of fans to non-league football despite other areas of the economy opening up.