English football’s original supporters trust, Northampton Town Supporters Trust, are celebrating their 30th anniversary this year and here they tell us about the trust’s pioneering journey since 1992…

Former-England manager Joe Mercer famously said that the miracle of 1966 was not England winning the World Cup, it was Northampton Town playing in the Football League’s first division.

It could also be said that the seismic event for English football in 1992 was not the introduction of the Premier League, it was the formation of the original supporters trust at Northampton Town.

In fact, Northampton Town Supporters Trust is older than the Premier League and celebrates its 30th anniversary this month.

The inspiration of Cobblers fans Brian Lomax and Deborah Marshall who, noting the flimsy piece of paper which passed as a matchday programme for the visit of Burnley to Northampton in late 1991, agreed that something was very wrong at Northampton Town FC.

Over a post-match pint at a town centre pub, they determined to call a public meeting on 2 January 1992.

And so the journey began, more than 600 fans cramming into the small Exeter Rooms on a quest to find out what was going on under the chairmanship of Michael McRitchie, a market trader from Kenilworth who had bought the club eight months earlier and had clearly bitten off more than he could chew. 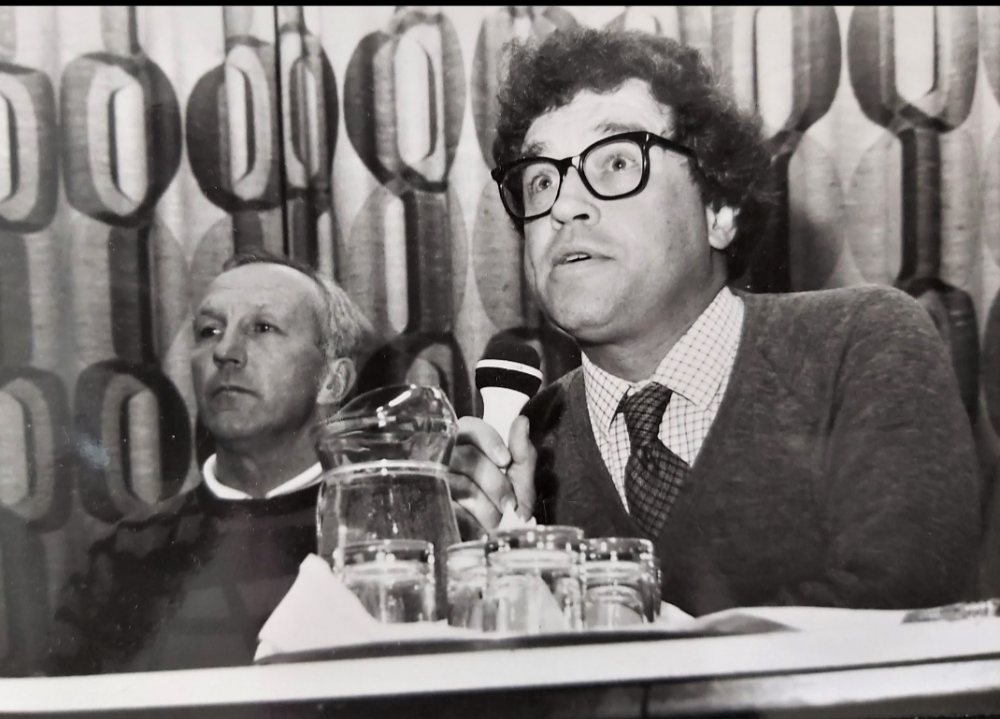 McRitchie did not attend the meeting, instead sending along a club representative who had no clue about what was going on.

Manager Theo Foley also attended but no meaningful information from the top table was forthcoming.

It was left to someone from the floor, long-standing shareholder Martin Pell, to reveal the enormity of the club’s £940,000 debt.

The supporters trust was formed within days, with Lomax taking the chair, and pressure was put on McRitchie to come up with a financial plan for the club which would avoid otherwise inevitable liquidation. 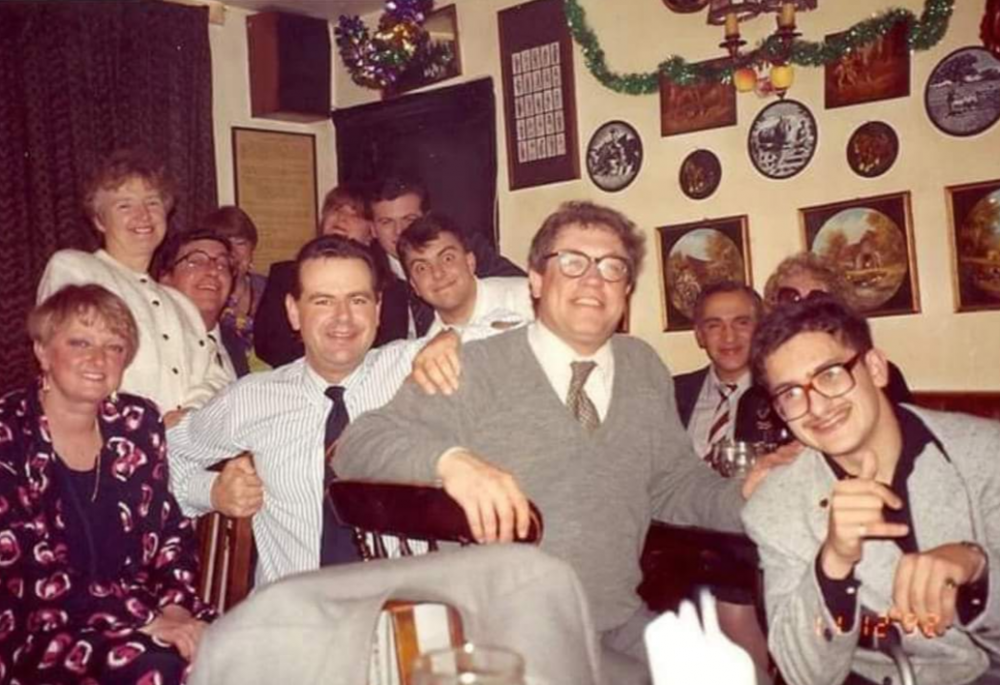 McRitchie quickly fell out with the trust, failed to come up with a plan, alienated the supporter base and eventually it was a Cobblers fan who printed the club’s programmes, Tim Vernon of Avalon Print, who lodged a petition to have the club wound-up for unpaid debts.

The club went into administration on 2nd April that year, three months after the public meeting – Foley, his management staff and half of the playing staff were sacked and administrator Barry Ward, an insolvency specialist from Worcester, politely asked McRitchie to leave.

Ward himself became chairman, the previous directors who had been sacked by McRitchie were restored to the board and, importantly, two new forces were introduced onto the board – Lomax and fellow trust director Phil Frost.

The team limped its way through the rest of the season but the new board, under a transfer embargo and the shrewd financial acumen of Ward, drew up a new financial plan which relied on cash injections from directors and the galvanising effect of the trust’s presence, with the trust putting in money in return for shares.

In April 1996, the trust launched the first equal opportunites policy in professional football at Northampton and the trust was upheld as a model for others to follow by the Labour Government which had launched a Football Task Force headed up by Andy Burnham.

The flame lit by Lomax, who died in November 2015 at the age of 67, has since been carried on by a legion of volunteer football fans at Northampton and far beyond.

Battles have continued at Northampton, the trust at the forefront in challenging and firefighting crises which emerged in 2002 in the wake of the ITV Digital collapse, and more recently in 2015, around the time of Lomax’s death, when it became clear that millions of pounds of public money designed to fund the expansion of the East Stand at Sixfields had gone missing.

That depressing chapter in the club’s history rumbles on to this day and the trust is once more banging the drum for reform in football and challenging the present owners on their stand and development plan on the grounds that it compromises the club’s long-term sustainability.

The trust retains the continuing support of Lomax’s widow Catherine and daughter Emily, while the trust board presence of an original director, Barry Collins, and the recent addition of former Cobblers manager Ian Atkins – at the helm from 1995 to 1999 – provide good synergy with the early days.

Trust chair Andy Roberts said: “Football is a financial basket case and at Northampton we have explored all potential future ownership models – private, hybrid and community – to establish what would be a good fit for a club like ours should it once again find itself in crisis.

“We believe that is the right and sensible thing to do – even if we lose our argument on the stand and land issue in the coming months, we still believe a constructive and necessary way forward would be a partnership approach to improving the club and community facilities at Northampton Town.

“In Scotland, Hearts have set a fantastic example of what can be done with an infrastructure foundation and we would like to seek a partnership between West Northamptonshire Council, Northampton Town and supporters to see if there is a way forward for all parties to benefit from having a strong association football club in a town with such a rich sporting history.”

At today’s League Two play-off final Exeter City will face Northampton Town and, while it will take place in front of near empty stands, it’s actually a fixture that has special significance for supporters.

Swindon Town are the latest club to sign a Memorandum of Understanding (MOU) with their supporters, after forming an agreement with TrustSTFC.

One of the country’s longest running supporters’ trusts is celebrating their 20th anniversary this year, and so we asked TrustSTFC to fill us in on the ups and downs of the past twenty years…