The FSA are saddened to learn of the passing of Liz Hindley from cancer, aged 63, in the early hours of Wednesday morning.

Liz was a long-serving Supporters Direct activist – SD and the FSF merged to form the FSA in 2019 – and offered regular advice and support to new members to the rugby league fraternity.

She was always on hand to help guide supporters and develop the network and will be sorely missed by FSA staff and volunteers who worked alongside her. 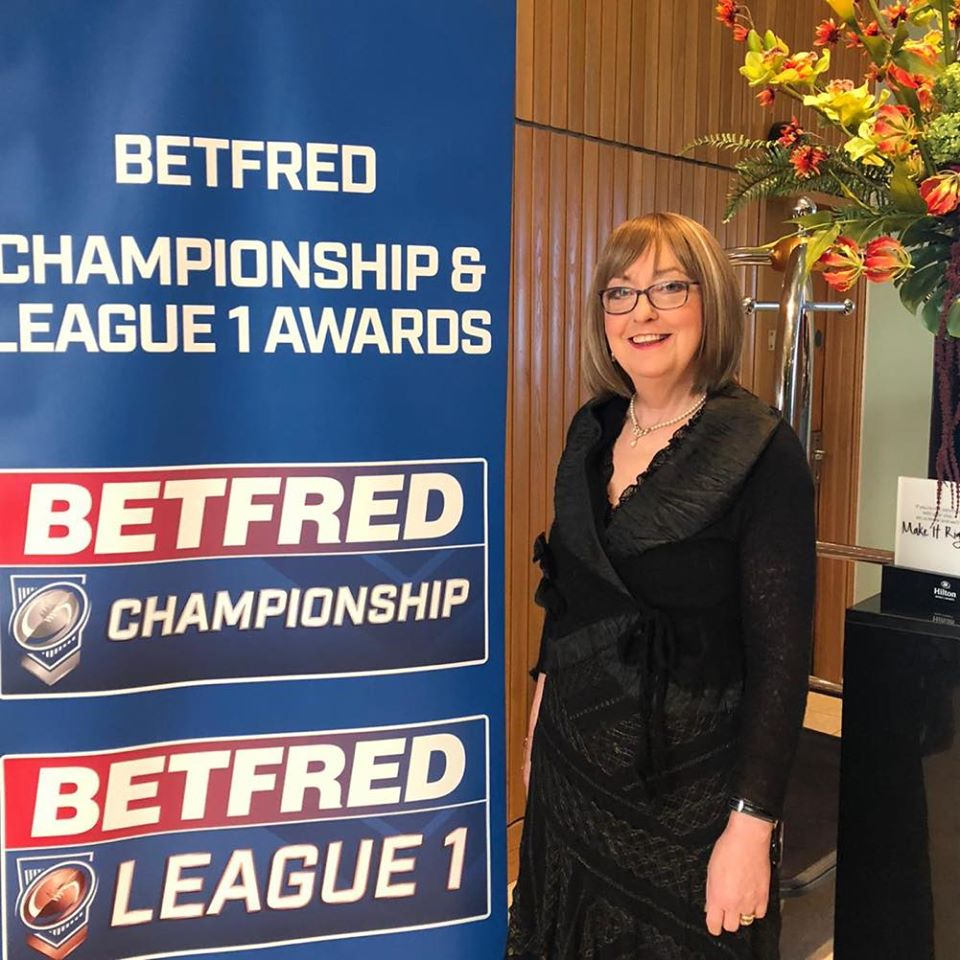 A passionate Widnes Vikings supporter, Liz was one of the founder members of Widnes Independent Supporters Society and served as society secretary for fifteen years.

Liz was responsible for writing a number of successful funding bids and used these to help establish many fantastic community initiatives.

These included a healthy lifestyles promotion across all the primary schools in Halton Borough delivered in conjunction with Widnes Vikings community team, the establishment of a women’s rugby league team within Liverpool University, and setting up a wheelchair tag rugby league team named ‘Mersey Storm’.

Liz went on to serve a term on the SD board, bringing her infectious passion and professionalism to the very top of the organisation.

In 2019 Liz was awarded the Community Champion Award at the RFL League One and Championship gala dinner – where her contributions to the game were celebrated in front of a star-studded crowd.

Sadly, Liz’s husband Stephen passed away in 2018. Liz leaves behind daughter Becky and two grandchildren, whom she doted upon and adored.

A pioneer of the supporters trust movement in rugby league and a tireless advocate for community engagement and participation in sport, her legacy and memory will live on in the community initiatives that she championed.

The Football Supporters’ Association is sorry to hear the news that Peter Pike, chair of Clarets Trust (Burnley), passed away during the Christmas period. Our thoughts are with his family and friends.