At Broadhurst Park, the men’s and women’s team from FC United took on Clapton CFC as they finished their pre-season preparations.

The fixtures were an opportunity to celebrate the 50th anniversary of the ban on women’s football being lifted.

The ban was overturned in 1971 which means 2021 is the centenary of the initial ban and marks 50 years since that ban was overturned. The Football Supporters’ Association has organised a series of events throughout the coming months to mark both the ban and its lifting.

In the women’s fixture between FC United and Clapton CFC it was the Manchester fan-owned side who won – beating Clapton 9-0. And then in the equivalent men’s fixture, it was again FC United who emerged victorious, 5-2.

FSA Women’s Game Network manager Deborah Dilworth said: “This was one of the first games between community-owned women’s teams.

“It was amazing to see a double header of women’s and men’s games, using the same pitch and facilities and putting equality at the heart of their message.

“We spoke to a number of supporters on the day who were not aware of the ban and were quite shocked by it and the history around it – this is the exact reason we were there, to help spread the word.”

In north London, a similar double-header took place between community-owned clubs Enfield Town and Grays Athletic who were playing for the Supporters Direct shield at the Queen Elizabeth II stadium. 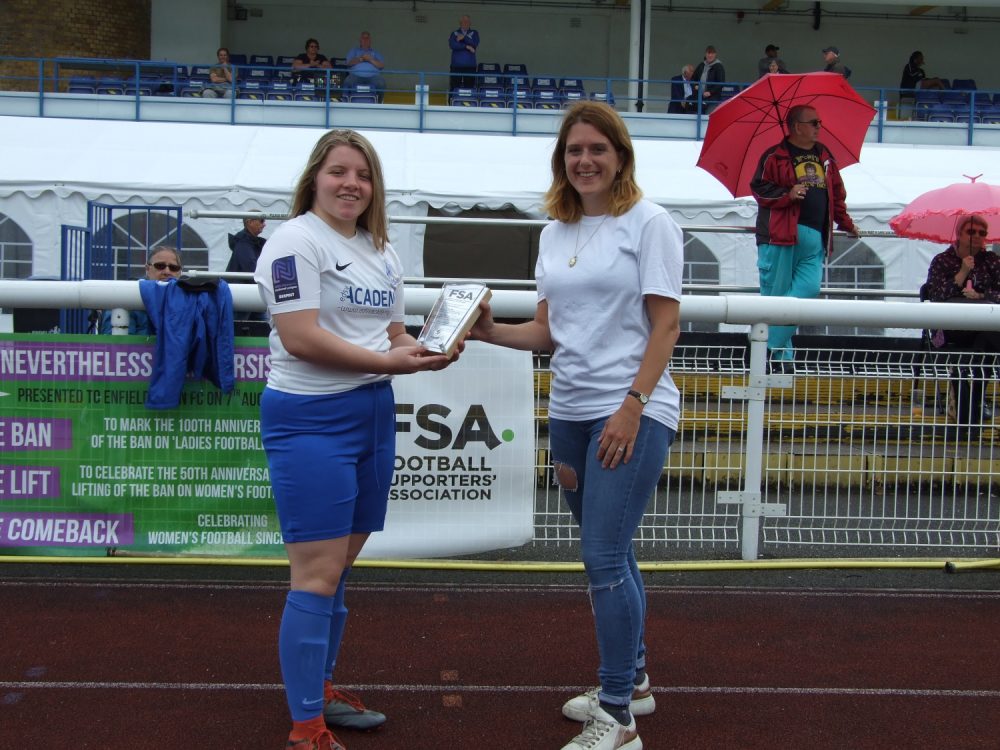 The shield bears the name of one of the FSA’s predecessor organisations, Supporters Direct, in recognition of its historic work on supporter ownership.

Grays Athletic women beat Enfield Town women 4-2 in the opening fixture, with each side receiving trophies to commemorate their participation in a fixture celebrating the lifting of the ban on the women’s game.

And in the men’s round, Enfield Town ran out winners against Grays Athletic to win the Supporters Direct Shield, with the game finishing 3-0.

The next meeting of the All Party Parliamentary Group for Football Supporters will be held on Tuesday 27th April at 1pm, on the topic of fan activism and the women’s game.

More than 86% of supporters we surveyed in the women’s game say they are excited to return to football for their first full season back since the pandemic started in 2020.

It’s that time of year again that produces all sorts of comedy on the field as the players return to training and begin their pre-season friendlies. Here Augsburg’s Jeffrey Gouweleeuw is seen condensing the pure essence of pre-season into one spectacular own goal.