Prices are too high – and we need to tell the sponsors 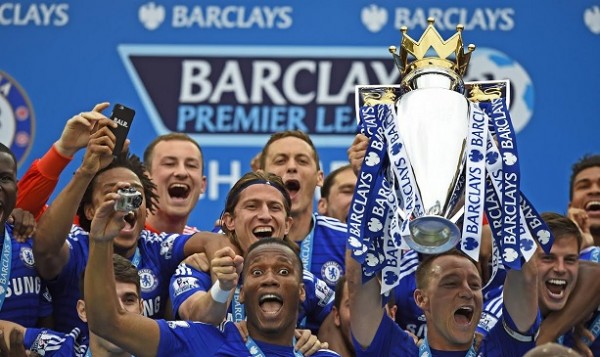 We’re having a big Twenty’s Plenty push this week as Premier League CEOs meet on Thursday 4th Feb and we want to maintain the pressure on ticket prices. If you’re a fan of a top-flight club visit this link and tell your club’s CEO/Chairman that you back Twenty’s Plenty for Away Tickets. It takes no more than 60 seconds and that’s your job done for the day. Well, not quite…

As well as turning our guns onto the clubs we’re also keen to tell sponsors exactly what fans think about ticket prices. Big companies love to associate themselves with the game, that’s fine, but they should also be engaged with the issues that matter to match-going fans. Stands aren’t just made up of happy clappy punters, lining up to star in the next cheesy advert for your company.

Fans on Merseyside have targeted global brands before in relation to prices with Blue Union (Everton) and Liverpool (Spirit of Shankly) leading the way. More recently Coca-Cola, McDonald’s and Visa all delivered a stinging message to FIFA while Sony and Emirates Airline pulled the plug on their sponsorship deals. Bolton Wanderers fans persuaded their club to drop its ties with a pay-day loans company – this works at Football League clubs too.

Sponsors can influence and with that approach in mind we asked Barclays what they thought of football’s treatment of match-going fans. Does the fact that many fans are basically hacked off with their clubs not worry them? Will that spread to their brand? While Barclays didn’t exactly lay into the Premier League there was an acknowledgement that more needs to be done for fans and positive noises around “active discussions with fans”.

“Barclays has long recognised and celebrated the vital contribution that fans make to the spectacle of football that we all enjoy. Fans provide so much of the atmosphere, the noise and the colour at games, and often make considerable sacrifices to support their teams home and away,” says Nathan Homer, Head of Barclays Global Sponsorships.

“We are delighted to see the Premier League and football clubs in active discussions with fans, led by the Football Supporters’ Federation, exploring ways of helping supporters, and particularly away fans, to be able to support their teams. We will continue through our Spirit of the Game campaign to hold up some of these amazing supporters for special recognition, and to offer all fans the chance to enjoy unique experiences.”

Three of the biggest Northern Premier League clubs have joined forces to write to the Government warning that they face financial ruin if urgent measures are not taken.

Fans groups across tell UEFA: “Stop it with the Superbowl knock-offs”

Football Supporters Europe (FSE) has once again outlined its opposition to UEFA future plans for European competition, with a statement co-signed by groups representing millions of matchgoing fans across the continent.