Paul: I was taken to my first football match aged 3 so the huge advantage to my job of actually liking football has been there virtually from birth.

The way to becoming a DFO involved working as many matches as possible, getting to know names and faces of fans, stewards and staff at the club, it occasionally involved standing outside city centre pubs, or sitting in a van on a rainy December match day – but ultimately it was worth it.

I’ve now spent the last 15 years in this role and have a genuine love for it. The length of time in the role has enabled me to really get to know the Preston North End fan base who are really my community.

Being around the same people for so long has really helped in building a relationship based on mutual respect and trust. I’ve also become very familiar with all the various laws and legislation around football. 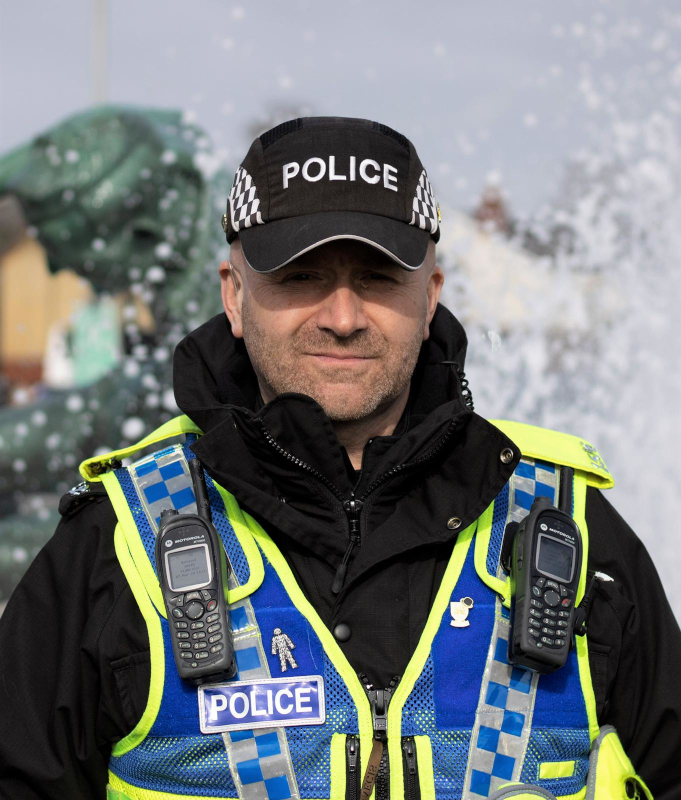 Saffron: How do your working days differ?

Paul: Normally during the season there is a structure to my week. Mondays are mostly spent mopping up any issues or incidents from over the weekend. It’s rare that there are arrests but when there have been I’ll go through custody records, check CCTV and so on and decide whether any further action needs to be taken.

Assessments are made which include looking at the history of the fixture too. All of this ultimately is to examine any risk and thus decide on numbers of officers which should be deployed for the game.

Throughout this process, I’ll be on social media talking to travelling fans and building up a relationship which can impact on their behaviour on the day. If supporters coming to Deepdale know in advance they will be treated well and greeted by friendly faces, then generally they will respond in kind and behave well. They won’t see policing as oppressive, rather friendly and welcoming.

Saffron: What do you enjoy most about working as an operational football officer?

Paul: That’s an easy one to answer – I love people, talking to them and football so seeing supporters’ love for the teams and their enjoyment of a good day out is easily the best thing about my role.

Of course I am a police officer but it’s when I have to use my powers on a match day rather than just speak to matchgoers, help them, and have a laugh with them, that can put a downer on the day.

Saffron: Do you follow a certain procedure during the day or do you go with the flow?

Paul: In the morning there will be a briefing for spotters including details on stadium evacuation plans, legal information around the human rights of supporters and our powers. Throughout the day I stay active both online on twitter and in local areas such as pubs and stations, meeting home and away fans and ensuring all is well. I dont’ tend to get off duty until the last fans have gone home. 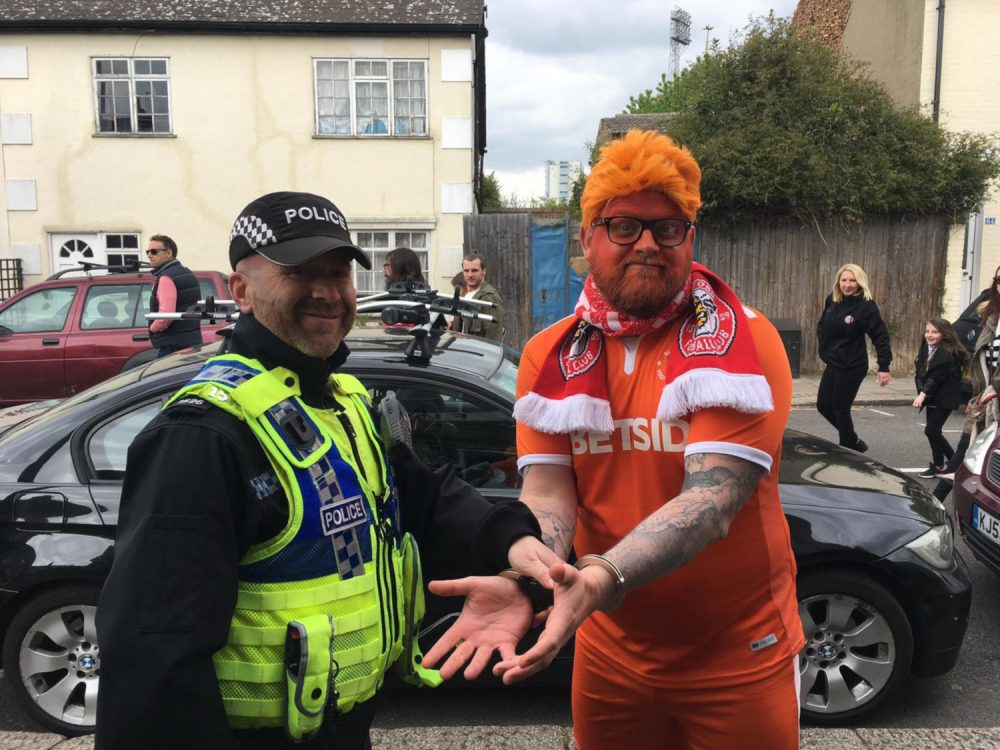 Saffron: What is the training process in becoming a dedicated football officer? For instance, how many years does training and qualifying take?

Paul: Being of a certain age, I was able to join the police with only three GCSEs and work my way to my current position. Now I wouldn’t be able to join up as I don’t have a degree or A-levels.

There is always on-going training in the job – I have to spend three days a year ‘riot training’ – which involves having bricks chucked at me! I have an annual two day ‘football’ refresher course, DFO course and workshops and to stay in this job I have to be accredited by the UK Football Policing Unit which includes being assessed at two home and away games. Thankfully I manage to pass everytime!

Saffron: Do you have a message or a moral code you give to fans?

Paul: Yes -“You’re all adults, behave like it!”. To Preston fans and away supporters, I sincerely hope I’m seen as fair, friendly and approachable. That doesn‘t however mean I’m not firm when needed but thankfully the majority of time, I don’t have to be.

Saffron: What can be a highlight on a matchday ?

Paul: On most matchdays, I’m behind the wheel of a police van at some point during the day. It’s not unheard of for me to pick fans up and give them a lift to the stadium. When this happens, we always have a laugh and a joke with fans and I like to think that we leave them with a good impression.

Doing this can sometimes change peoples mind about the police as they see us as ordinary people, rather than coppers just out to nick them.

Saffron: What is your favourite away day as a DFO?

Paul: That’s an easy one. I love going to London which is a fantastic city. It also means I have over two hours on the train with the fans who can’t escape my endless chat!

Saffron: How do you unwind at the end of a matchday?

Paul: The matchday can be a long one, especially if I’m travelling away with Preston North End fans. When we’re away from home, I’ll often jump on the train with them – getting the 7.30am train which means a 5am start.

On these days it’s not unheard of to get home in time for Match of the Day which I’ll watch with a nice glass of whisky – maybe two if Everton manage a win!

Next summer will see the Women’s European Championship taking place in England – and UEFA are looking for volunteers to add to their 1,500-strong workforce.