Ramadan 2021 has seen a first for English football: a break in play to allow a footballer to break their fast.

History was made this week during Monday night’s match between Leicester City and Crystal Palace at the King Power Stadium, when play was stopped to allow Foxes’ defender Wesley Fofana to break his Ramadan fast during the game.

During Ramadan many Muslims, including professional footballers, abstain from food and drink in daylight hours, and the pause in play allowed Fofana to take in some liquids on the touchline before returning to play.

Fofana later thanked both sides for agreeing to the break in the captain’s meeting prior to the game.

“It was a great moment,” says the FSA’s Anwar Uddin, who leads the Fans for Diversity campaign. “Stopping play is common in professional leagues in Muslim countries such as Turkey but it was a first for English football.

“Fasting is a challenge for athletes – for the captains to show that awareness and understanding is very impressive.”

As Muslim players become more visible and the issues around fasting come to the fore, Ramadan has seen also supporters step in to the discussion.

This year, the Fans for Diversity campaign has been supporting the work of Nujum Sports, a not-for-profit organisation that helps professional athletes through Ramadan. Led by Ebadur Rahman, Nujum Sports have been distributing Ramadan packs to 72 professional clubs and 200 Muslim players this month. 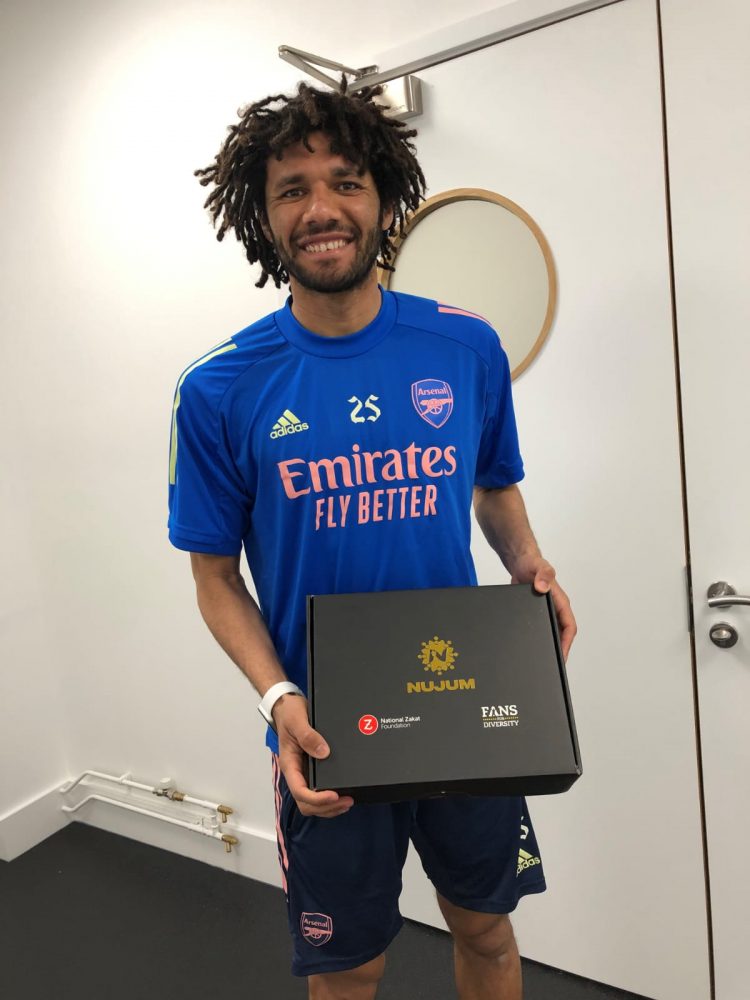 In addition to the packs – which contain prayer beads, dates, perfumes, Zamzam holy water, honey, and salts – Nujum Sports have been delivering workshops and education sessions with Anwar’s help at clubs to help them improve the support they offer Muslim players during fasts.

“A lot of players who come to England want to keep practicing their faith,” Anwar said. “And this is really valuable, targeted support.

“We’ve had some high profile Premier League players get their hands on the packs and they’ve been extremely well received.”

Building on the idea of the Ramadan packs, the Fans for Diversity campaign then funded their production at Cambridge United with supporters taking the lead.

“One thing the pandemic has taught us is that we need to look out for one another,” said Cambridge Fans United (CFU)

“It is really important that we build closer relationships with everyone locally. Football provides a unique opportunity. It can unite people from all backgrounds.” 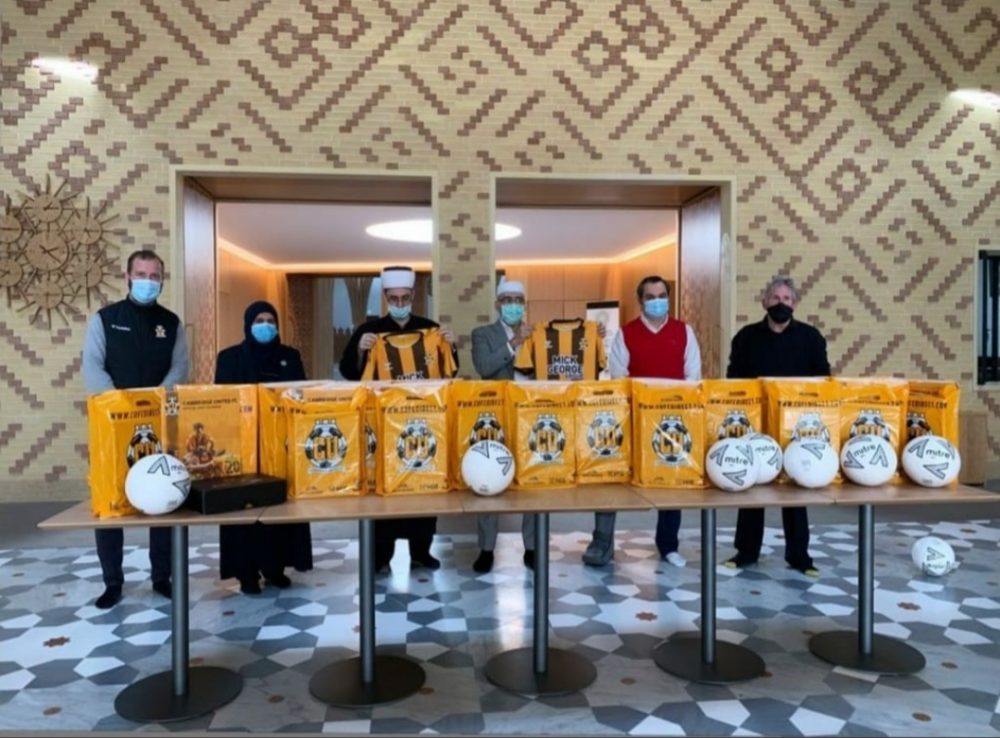 Working with the club’s supporter liaison officer Dave Matthews, CFU used the Nujum Sports Ramadan packs as a means of introducing themselves to the city’s newly-built mosque and growing Muslim community.

“Supporters offering these packs to the mosque was the perfect way to initiate a relationship,” Anwar said on the delivery of the packs to the Cambridge mosque.

“They were so well-received, it was a great gesture of solidarity and support.”

Anwar hopes it’s a practise that can be replicated elsewhere and one that helps build relationships between match-going fans and minority communities.

“I think it’s relevant for all fans,” Anwar says. “By using football to show goodwill and demonstrate that empathy, it opens up those discussions around different faiths and their practices like Ramadan.

“On the one hand it educates people about what Ramadan is, the challenges involved, and why Muslims participate in it.

“And on the other it’s a small way of introducing the idea of going to see the game, live football at their local clubs, to those Asian communities.” 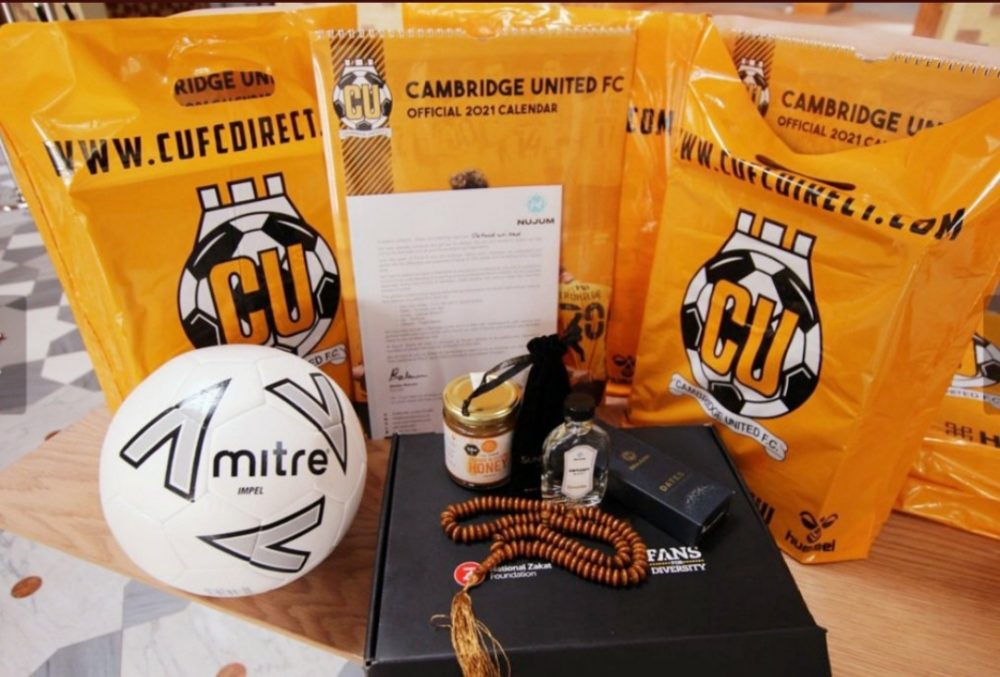 “On behalf of the mosque I would like to thank those involved for the generous Ramadan packs that were presented to us. We hope to continue and expand our relationship with Cambridge United Football Club and our local community, for projects that will benefit the youth, both boys and girls in the future’’.

Alongside Kick It Out, English football’s equality and inclusion organisation, the FSA is calling on England fans to stop the boos, support the team and applaud players taking the knee.

The FSA reaffirms our clear and unequivocal opposition to racism and all forms of discrimination.

For almost 25 years now, the Free Lions team have been following England home and away providing England fans with on-the-ground support and information through our Fans’ Embassy service. They’re no strangers to the controversies surrounding the Three Lions’ support and today have issued the following comment on the pre-match booing of the England players before their fixture against Romania…

Today the FSA has joined the major football organisations to issue a statement supporting the players taking the knee this season. Full statement below…