Due to the rising cost of printing and declining circulation the fanzine’s editorial team, who won the FSA’s Fanzine of the Year award back in 2017, say they need 1,000 new subscribers to keep it in print for next season.

Their social media drive has included sharing some of the fanzine’s best covers from the last three decades as well as republishing some of their best interviews and features.

“We’re proud to have provided a platform for intelligent and informed writing by loyal Arsenal supporters since 1987 and would love to continue in print,” Layth Yousef told the Islington Gazette.

“But the simple fact is we need subscribers in order for us to meet increasing print costs and falling sales.

“We need 1,000 Gooner readers to sign up for next season by Saturday, March 28 so, when we go to press for our final issue of 2020/21 we can either say our farewells after 33 years in print or announce our continued existence in that edition.” 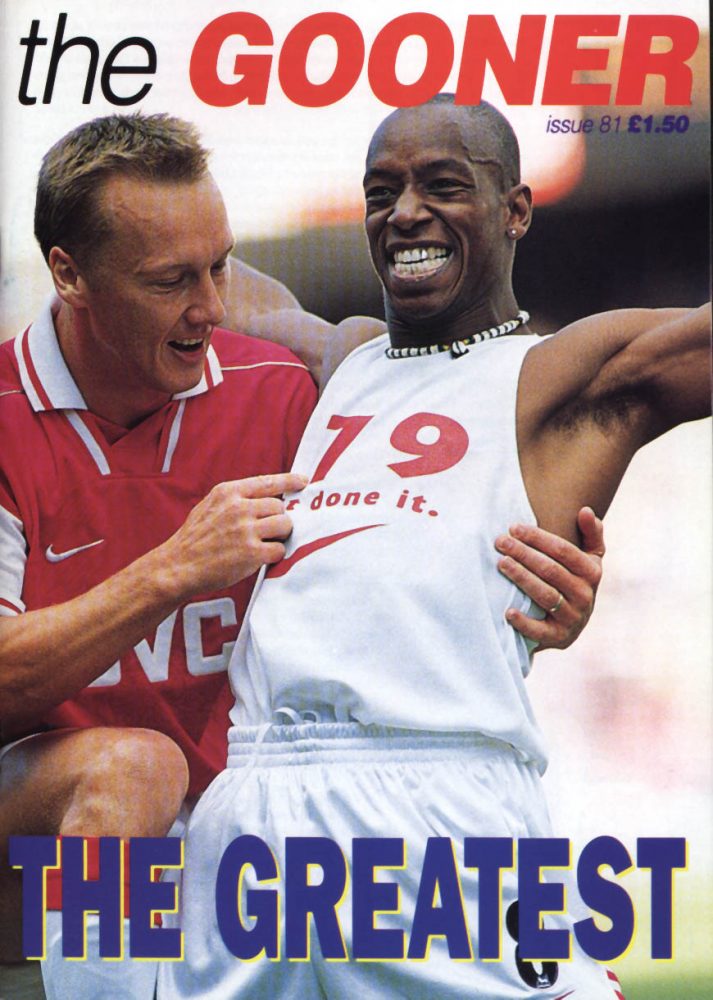 The Gooner has been one of the country’s leading fanzines for a number of years, being nominated for our Fanzine of the Year award on multiple occasions as well as winning the prize in 2017.

Our award continues to champion the written fanzine as a source of independent, fan-led journalism and we always encourage supporters to get behind their club’s fanzines.

Last year’s Fanzine of the Year was picked up by United We Stand (Manchester United). Previous winners include The Square Ball (Leeds United), PopularStand (Doncaster Rovers) and the City Gent (Bradford City).

We believe there’s still a place for the printed word, an arena where some of the best football writers around get their starts.

Speaking at our awards, editor of The Gooner Kevin Whitcher said: “The only reason I think fanzines do continue in this age is because they’re a little bit more considered, the writing is a slightly higher quality than most of what’s out there online.

“So there is a place for them, as long as people will still buy them – we’ve managed to continue, hopefully we can continue a bit longer.”

Wigan Athletic Supporters’ Club (WASC) have launched an ambitious crowdfunder, looking to raise £500,000 before the start of the season to secure the club’s future.

Football governance was debated in the House of Lords yesterday and the Government once again gave its backing to an independent regulator, via its representative in the second chamber.

Crewe Alexandra supporters are celebrating after raising £250,000 in three months – enough to secure a stake in the club.