“Stroll on GSB” – thousands turn out against West Ham owners

Thousands of West Ham United fans turned out ahead of their game against Southampton at the weekend to protest against the club’s increasingly unpopular owners.

Organised by the Hammers United supporter group the ‘Stroll on GSB’ protest saw thousands of fans march on the London Stadium.

Protestors expressed unhappiness with the growing commercialisation of the club and are calling on owners David Gold and David Sullivan, and the vice-chair, Karren Brady to step aside.

Discontent at the club is compounded by continued unhappiness with the Hammers’ move to the former-Olympic venue.

“The club has proven incapable of delivering on its promises and many supporters have lost faith with the owners,” Hammers United secretary Stephen Cross told The Guardian.

“Our issue is that there seems to be a focus on the commercialisation of the brand over the needs of supporters.” 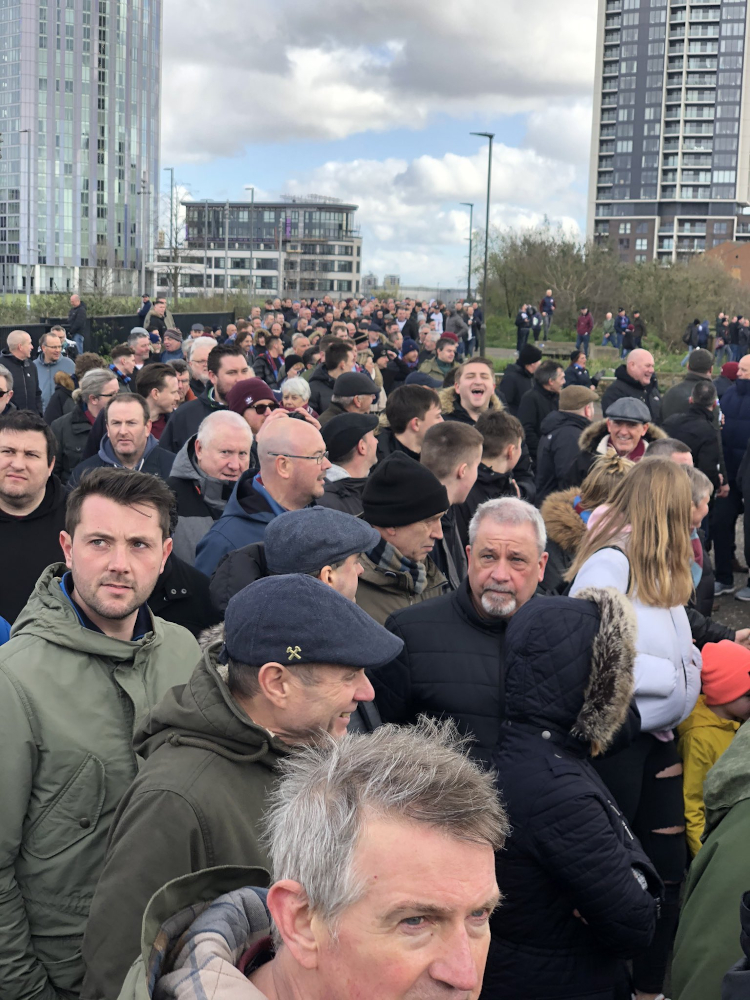 The ‘Stroll on GSB’ protest outside the ground on Saturday followed a demonstration in the away end at Anfield last week, where West Ham fans released black balloons and held banners criticising the club’s hierarchy.

Despite this being the third season that West Ham United have been playing at the London Stadium in Stratford, supporters remain unhappy with the venue – particularly with the amenities around the ground and the distance fans are from the pitch.

Stephen said: “We see many day-trippers turn up for games and others dipping in and out.

“Tickets might be owned but the stadium is never full. We have no singing section and have lost our home advantage.

“The stadium is soulless and while supporters have made an effort to get behind the team, the atmosphere seems to be all but gone. The connection is fading.”

Prior to the protests, West Ham United supporters wrote to UEFA as well as the UK Government expressing their concerns about the club’s refusal to meet independent fan groups.

Club officials have since offered to meet supporter representatives but this was rejected until the club provided details of its proposed reforms to its supporter engagement.

West Ham United supporters have written to UEFA as well as the UK Government expressing their concerns about the club’s refusal to meet independent fan groups.

West Ham United have ended their deal with Socios.com – a digital platform that uses blockchain to provide paid-for supporter engagement.

UEFA stunned West Ham United fans recently when they banned away fans from attending the next European away game with barely a week’s notice. Here Sue Watson from the West Ham United Independent Supporters’ Association (WHUISA) talks about the disappointment in East London…