Supporters Summit 2016 – save the date 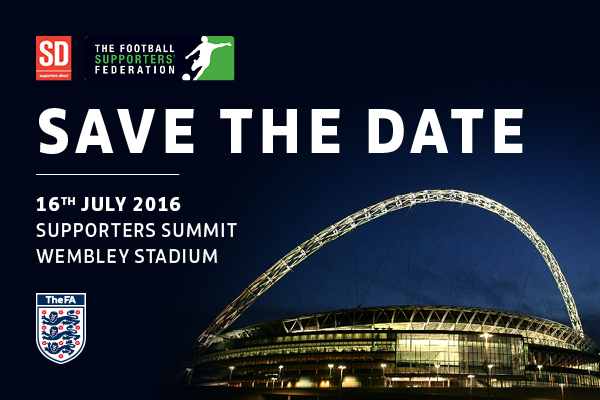 The Football Supporters’ Federation and Supporters Direct will host the joint annual Supporters Summit in London, at Wembley Stadium, on 16th July 2016 – in partnership with the FA.

The event brings fans together from across the UK, from clubs and supporter organisations, to debate the issues at the heart of the game.

Starting at 10am, The full programme of events for the 2016 summit are still being finalised. The FSF’s AGM will be held on the following day, Sunday, 17th July. For now, save the date.

This year’s Football Supporters’ Association Annual General Meeting (AGM) will take place on Saturday 16th July 2022 – the first to be held in-person since 2019 due to the COVID-19 pandemic.