Over recent weeks we’ve been looking in more detail at one of our Sustain The Game! key principles and this week it’s financial controls – fans want rules with real teeth which are independently enforced as clubs and leagues can’t be left to regulate themselves.

Across football a harsh reality is setting in and the game is facing a financial crisis like no other.

COVID-19 has brought the world in parts to a standstill and has highlighted the fragility of English football, especially for those in the EFL.

There is a growing financial and sustainability crisis throughout the EFL. Its three divisions are far more at risk to the external threat of COVID-19 compared to the Premier League above.

Despite this, a number of clubs are more than willing to break the bank to achieve promotion to the Premier League.

If we look at the graph below from Deloitte Sports Group’s report on football finance, it shows that despite the levels of growing revenue season by season, wages and operating losses for clubs are also increasing.

The level of risk is only increased when we consider that due to the pandemic, revenue has been severely impacted, more specifically match day income, which accounted for 21% of revenue in the 2018/19 season. If this were to be removed from the below, we would see a drop of £165 million. 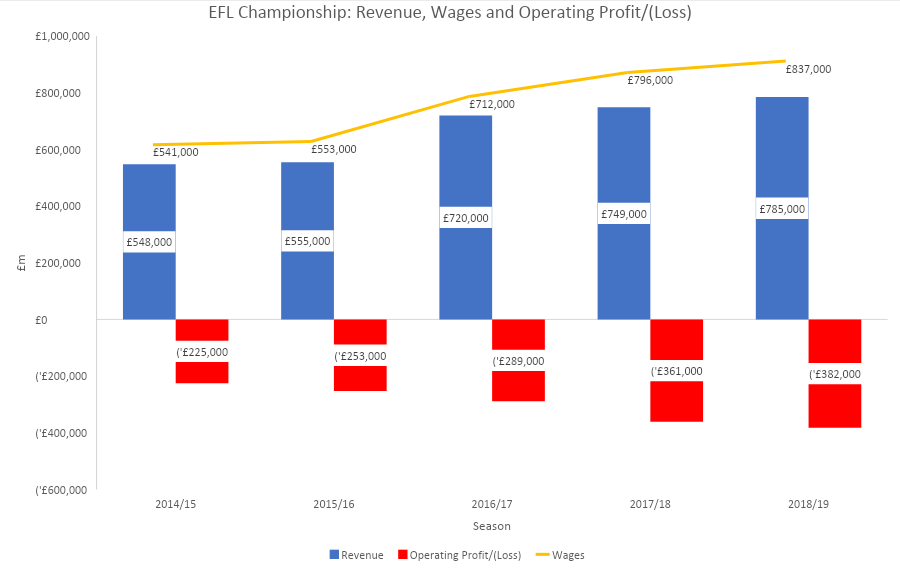 The loss of this revenue would not impact clubs as severely had they been more sensible in their approach to how they handle their wage costs. This is the largest cost to the majority of clubs, which had already raised concerns with an average wage to revenue ratio of 107% for the 2018-19 season. Meaning, for every £100 earned, £107 is spent on wages – if this figure were calculated without match day income, it would be at 135%. Deloitte suggested that had the league operated a 70% wage to revenue model for the 2018-19 season, operating losses would have been reduced by £308 million.

Table I: Teams to generate Operating Profit and not exceed 70% Wage to Revenue ratio

Using this as a basis for the last five seasons that we have financial data available for, only 18 teams out of 120 managed to maintain this model, as shown in Table I. Only Burnley were promoted, but they had been receiving parachute payments of £26 million in the 2015-16 season.

West Bromwich Albion finished within the playoff positions in the 2018-19 season though were not promoted, but were also in receipt of parachute payments, this time totalling £43 million.

A total of five teams were relegated within this five year period – Wigan were the only team receiving parachute payments (£16 million). If we consider clubs that were able to both maintain the model and achieve pre-tax profits (Table II), only 10 teams out of 120 over a five season period achieved this (6 of which were in receipt of parachute payments), as shown in the above table.

No business should be judged by a single set of financial accounts, as there can be difficulties in any industry in a given year. There is, however, a large amount of scrutiny given to football due to the level of debt some clubs are prepared to take on due to their willingness to climb the pyramid.

This is why a stronger focus is needed on the financial controls within football, to ensure we do not lose more clubs to financial mismanagement.

Based on research undertaken for my MBA on the EFL Championship, I developed a new concept that could be considered for the EFL as shown in Figure I below. It is called the Balance and Sustainability Model (BSM), which has a 70% wage to revenue ratio limit and does not allow for exceptional income to be incorporated into the calculation, an example being the sale of a stadium or training grounds.

The model applies a soft cap and luxury tax, as opposed to the hard cap model incorporated into League One and Two during the summer. 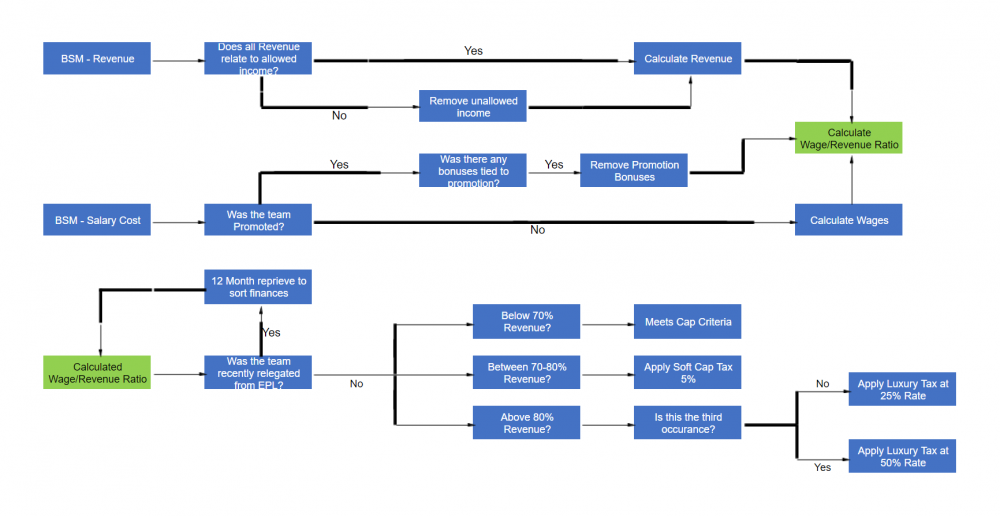 Figure I: The Balance and Sustainability Model

Should the 70% barrier be breached, a soft cap charge of 105% would be applied for every £1 spent over the wage limit.

So if a team exceeds their wage limit by £1 million, they will be charged £1.05 million. Should the team breach the 80% barrier, the luxury tax will be applied and teams will be charged 125% for every £1 over.

Should this occur in three successive seasons, there will be a charge of 150% and that club would be put under a transfer ban until the following season. Any monies that are generated from the taxes would then be redistributed to the competitors within that league. As shown from Table III, there were several offenders for the soft and luxury tax, with only two clubs being classed as repeat offenders.

Due to the different variables that need to be considered in terms of a football club, such as location, fan base and population for example, the approach required cannot simply be a ‘one size fits all’ model.

This is why I do not agree with hard cap implemented into Leagues One and Two earlier this summer. The method designed puts onus on clubs to increase their revenues should they wish to increase their wage budget. The BSM allows clubs to breach the cap partially, but penalises them if they continually do so, with rivals benefiting from their over expenditure.

The soft tax allows clubs some leeway as sometimes budgets will be stretched, but does not allow for continued flaunting of the rules that risk the financial health of the club in the long-term. Regardless of the method chosen there would also be advantages and disadvantages. There is no perfect answer to this solution, only alternatives.

The idea behind this model was to develop a system that would allow clubs to be competitive on the field and in the transfer market, while at the same time remaining financially sustainable. The goal is to ensure clubs live within their means and are not put in a position where they are no longer able to carry on.

Should owners wish to invest into the squad, I would suggest that there is a stipulation – for every £1 extra an owner wishes to invest within the club, £1 has to be put aside to balance any losses that could be incurred from the investment.

If player wages are tied to the level of income by a club, it would mean there is a far greater chance there would be a large decrease in debt generation on a yearly basis. The BSM is about ensuring the financial sustainability and long-term health of football clubs. As seen by the losses of both Bury and Macclesfield Town, football is not above the pandemic and unless actions are taken soon, there may be further casualties.

On Friday we launched our Sustain The Game! campaign and since then it has been endorsed by supporters and high-profile figures across the game – here Portsmouth chief executive Mark Catlin argues that regulation must be strengthened but there are no easy answers or “one size fits all” solutions…

Since its launch on Friday the Sustain The Game! message has reached millions across the UK – and the list of signatories to the campaign continues to grow.

Sustain The Game: fan engagement proves its value at Stanley

Every week we’ll be looking in more detail at one of our Sustain The Game! key principles and this week it’s supporter engagement. We believe fans are the lifeblood of the game, they need a voice in their clubs and on all issues that affect them and their communities.

Sustain the Game: Transparency sorely lacking at The Valley

Every week we’ll be looking in more detail at one of our Sustain The Game! key principles and this week it’s transparency. We believe everyone has a right to know who owns their club, and how clubs and the authorities operate. Owners are custodians of clubs on behalf of all of us.