The 56 – Bradford City Fire: A Testimony

Monday 11th May 2015 marked the 30th anniversary of the Bradford City fire, when 56 football fans died at Valley Parade. Alongside the remembrance events a theatrical production has been touring the country.

‘The 56’ retells the story of those involved in the fire and is adapted from real-life testimonies and interviews with witnesses. The play has been very positively received and there are still plenty of opportunities to see it:

All the profits from The 56 will be donated to University of Bradford Burns Research Unit. 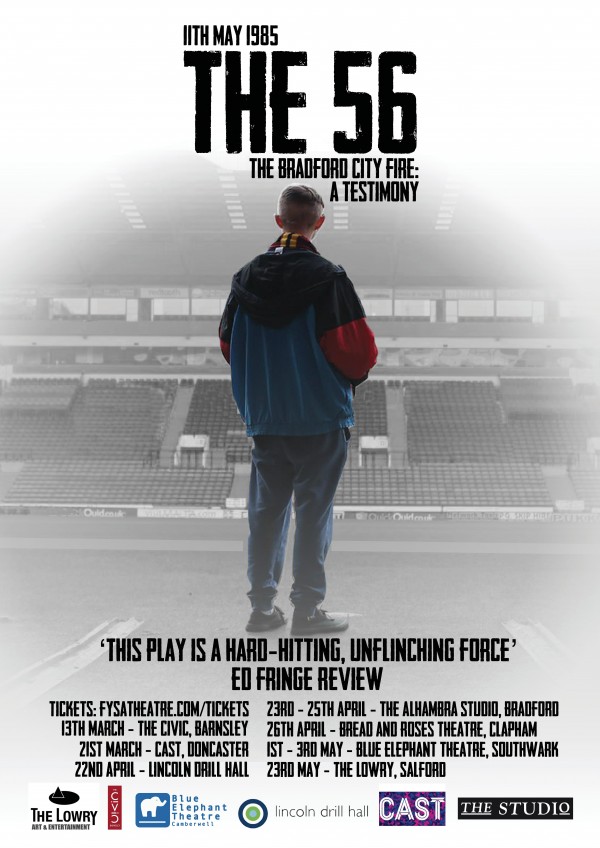 On Wednesday supporters of Bradford and Lincoln City gathered to see a new film celebrating their relationship via the Fans for Diversity campaign.

League Two club Oldham Athletic are the latest EFL club facing a financial crisis and supporters say they’re being kept in the dark.

Facing homelessness next season as they have failed to secure a deal for the Ricoh Arena, Coventry City could be expelled from the league if they fail to demonstrate progress towards a new ground to the EFL board.