What started off as an idle joke on the FSF’s Facebook page became a full blown crusade to convert all 303 London Underground and Docklands Light Railway stations to a football theme. Somehow we managed to do it, and so it takes pride of place as the centre spread in The Football Supporter 023, which is out now.

Since we first put this out into cyberspace yesterday the results have been spectacular – Twitter has been lit up with links to our site, and it’s appeared on the likes of FourFourTwo and The Guardian as well as numerous blogs.

Some names are inspired, others incredibly tenuous. We’ll leave you to decide which are which, although it might just help to have an original version of the tube map to hand just to see what we’ve done with each stop.

Just click here, or on the image below, to launch the full-size pdf.

If you want a hi-res version to link to, just click here. 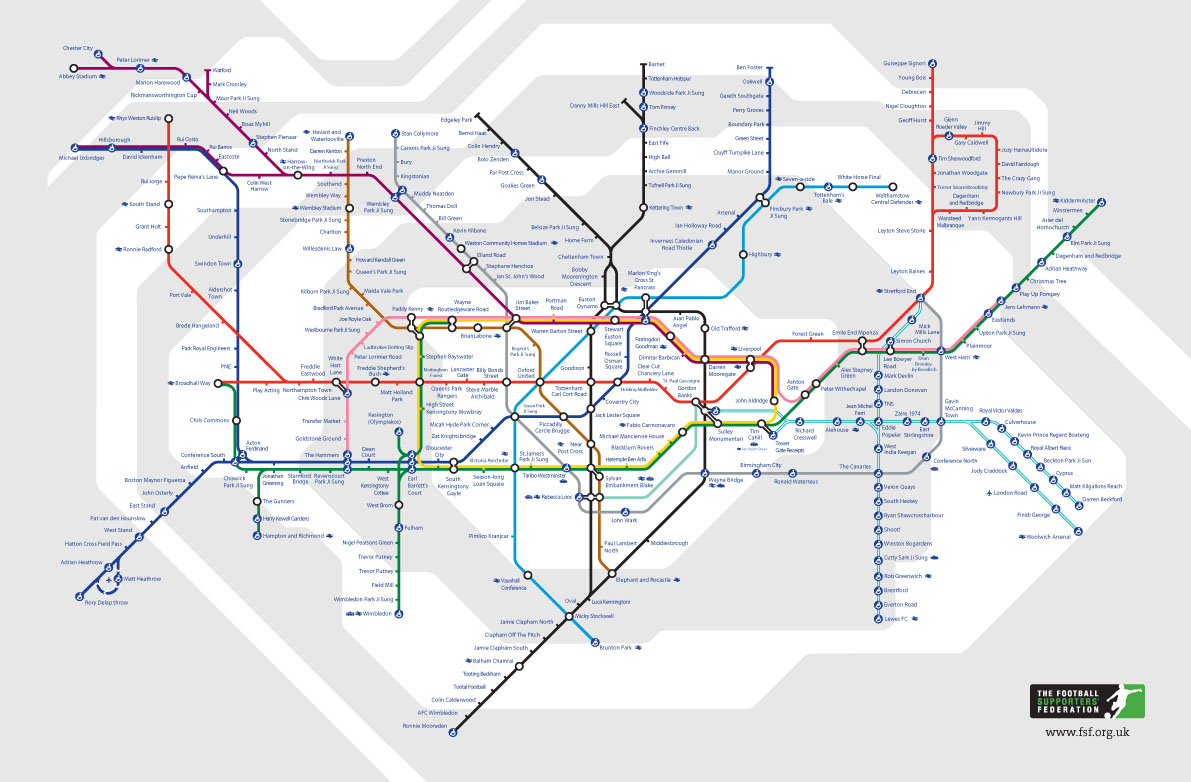 Let us know which ones are your favourites, which ones you don’t understand, or suggest some improvements on our Facebook page, or by dropping us an email.

At the FSA we’re keen to promote the best practice when it comes to clubs talking to their supporters, as the benefits of engaging with fans are obvious – at least to us. One tool that’s become increasingly common in formalising those discussions is the Memorandum of Understanding (MOU).

Supporter representatives from FSF Cymru met with the Football Association of Wales (FAW), the Welsh police, and Transport for Wales last month.