The future of standing at Sunderland: A young fan’s view

Standing is a hot topic at the moment and its popularity continues to grow. But what do young fans think? Sunderland fan Luke Rose went along to the Stadium of the Light to talk to the club about the future of standing on Wearside…

Safe Standing is an idea Sunderland fans have wanted implemented for a long time. I’m a 15-year-old Sunderland supporter who is for safe standing but has never experienced a standing stadium.

I recently spoke with Chris Waters, Sunderland’s Supporter Liaison Officer (SLO), to get his and the club’s opinion on whether safe standing was a good idea and if it should be eventually introduced into the Stadium of Light. 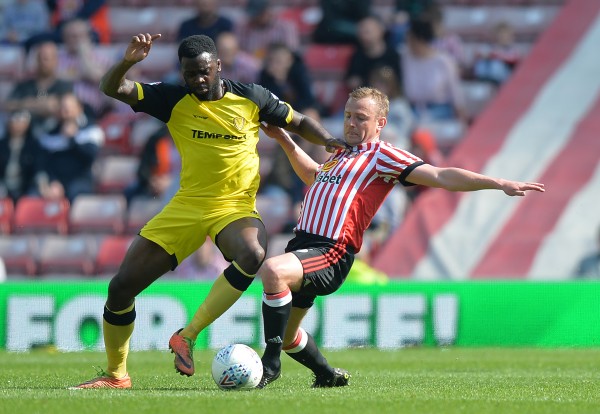 Currently, the away fans are far away in the top-tier (Premier Concourse), and are not allowed to stand, with stewards checking every fifteen minutes for standing supporters. In my opinion, this reduces the great atmosphere that the Stadium of Light is renowned for as the home and away fans don’t have the opportunity to have that back-and-forth and try to out sing each other.

Away fans are so far away that you can barely hear them. They should be moved pitchside – especially given home fans have nothing to get excited about, with the lack of any real football on the pitch in the last few seasons. It’s clear to see why the atmosphere has not been as good as normal in the last few seasons at the Stadium of Light.

The introduction of safe standing would mean a section of fans would be on their feet the whole game, hopefully singing Sunderland’s famous songs and getting behind the players, creating an intimidating environment for both the opposition fans and team while giving the Sunderland players a well needed boost on the pitch.

If the law were to change and Sunderland were to introduce safe standing into the stadium, Chris believes that the best place for it would be what is currently called the south stand, as this is where most of the noise comes from anyway.

The only concern Chris says he has with safe standing is that it could restrict the view of people who may be disabled or not able to stand. But this is that can be very easily solved: the people who would not be able to stand could easily be given seats near the front, or given tickets in another area of the ground where people don’t tend to stand.

Both Sunderland fans and owners are hopeful that the law will be changed so that we can bring back the atmosphere of the Stadium of Light through safe standing, and hopefully bring back some good football as well.

What started as informal work to help club staff in need is now being transformed into an impactful educational programme helping football fans across the country.

Sunderland AFC have become one of the first clubs in England and Wales to offer mental health support on matchdays, working with supporters to deliver the new service.

We all have a multitude of new challenges to deal with as the COVID-19 pandemic changes our world – one area requiring particular attention for millions of families is how to provide children with creative activities to fill the days, as many are now faced with the new reality of home schooling.