Wolverhampton Wanderers Fans’ Parliament (WWFP) was formed, by the club, in 2006. It was created to improve consultation between the club and supporters and over the years it has consulted on many issues including, most recently, the introduction of Rail Seating.

In 2018, the Fans’ Parliament became fully independent from the club putting into place its own constitution and electing a committee to run the supporter’s group. The club fully supported the transition, if anything, the level of consultation has increased, we remain the only Wolves fan group that meet with the club in this way.

Of course, no supporter group can claim to represent all fans and the writer cannot claim to even represent the views of all Fans’ Parliament members, therefore this blog is written from a personal perspective.

It all started on the 11th August 2019, Leicester City vs Wolves, opening match of the season, six minutes into the second half reality struct home for all travelling Wolves Fans.

Then before our very eyes the goal was disallowed. 3,000 Wolves fans stood bemused, mobile phones in hand awaiting news from friends and family 65 miles away in Wolverhampton. Goal disallowed accidental handball, Willy Boly, came the messages from home.

It was our first experience of both VAR and the new handball rule, the one that says forwards in the penalty area will be penalised for accidental handball but not defenders. Different rules for attackers and defenders, surely not? Much debate and loads of confusion, no in stadium communication, the season was up and running for VAR.

Fast forward to February and supporters across the country have seen the replacement of ‘clear and obvious’ with marginal offsides, technical penalties, accidental handballs and plenty of disallowed goals. The wise ones among us have stopped celebrating until the restart, the death of ‘limbs’ as we know it is happening at every Premier League match.

Wolves were involved in further VAR controversy against Manchester City and Liverpool in December.

The Fans’ Parliament wanted the chance to express supporter frustration to the authorities and in February we arranged, via the club, for a VAR focused meeting. With former referee Chris Foy and the Premier League’s supporter liaison manager, Tommy Guthrie in attendance they gave a short presentation with plenty of supporter’s feedback for the Premier League, it was a lively session to say the least.

Chris said: “There is no such thing as just onside or just offside.

“A player is either on or off. Subjective decisions always cause debate.

“VAR will not remove controversy because these are still subjective decisions, the referee, rather than VAR, will always have the final decision.”

People are getting really cheesed off with it, I am utterly sick of it, it’s making me not want to go to games – Wolves fan

Just a few days later we witnessed the farce of another goal disallowed through VAR, this time at home to Leicester City.

Wolves’ captain Conor Coady was heard at half time to berate the match referee Mike Dea, heard on camera saying: “You’re ‘reffin’ the game and you don’t know what’s going on.”

Mike Dean, usually one of the more forthright match officials, could do little more than point to his ear. Literally no one knew what was going on. Not until the Professional Game Match Officials Limited (PGMOL) released a statement after the game was clarity given to supporters as to which player had been ‘clearly and obviously’ offside.

Only a few days before at the VAR meeting Wolves’ head of operations, Steve Sutton, said the there was a noticeable increase in hostility at the Manchester City match, especially at the time of the VAR decisions around the penalty. “We all have a duty to behave and I do not condone bad behaviour,” he said. “But this has raised the hostility level.”

Another clear effect, caused by VAR, is the change in the balance of the game. When a VAR decision goes against you, it’s almost as if a goal has been scored against the team, opposition fans celebrate, players get a lift and the momentum shift can be result defining.

Our Twitter account went into overdrive, supporters demanding action, walk outs, staying away from games, withdrawing subscriptions from Sky and BT were all put forward as actions we should organise along with more radical plans for Stockley Park!

The Fans’ Parliament committee felt we should be seen to act, we put forward a couple of ideas, the most popular being a “Turn your back on VAR” in-stadium protest. The simple idea being that supporters could face away from the pitch in a unified protest whenever a VAR review was underway. #turnyourbackonvar

We launched our campaign with an article in the local paper, the Express and Star, alongside a concerted attempt to raise the discussion amongst supporters of other clubs to – we want to make the voice of supporters heard. VAR is changing our match-going experience. 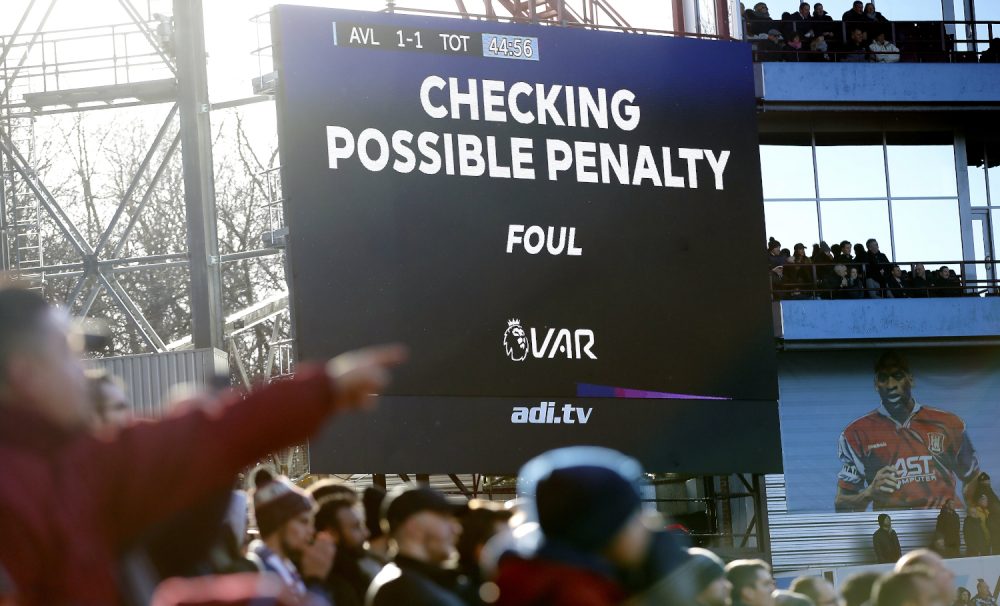 What we do know is that many supporters are really considering turning their backs on football, without goal celebrations its simply not the game we love.

VAR is probably here to stay but we still have time to put pressure on the football authorities between now and the end of the season. Don’t let us become the generation that has to tell our grandkids about how we used to celebrate goals before VAR.

Turn your back on VAR, football supporters need to act as one, the game is being changed for ever and its not for the better.

Newcastle United fans are still waiting on an estimated £7m worth of season ticket refunds – and now supporters are calling for urgent action from the Premier League club.

Wolves fans have opted to convert their two decade old fans’ parliament into a supporters’ trust – a move they say will give them a greater say on the club’s critical issues.

Fan groups, politicians and pundits call for urgent action to protect the “very existence” of clubs

Supporters’ groups from across the country have joined forces with politicians and pundits to launch “Sustain The Game!” – a new campaign which calls for urgent action from the authorities to protect the existence of clubs throughout the game.