Everton Women take on Manchester City in the Women’s FA Cup final next month but following a change to Sky Sport’s broadcasting schedule that now clashes with Everton vs Newcastle United in the men’s game – leaving those who wanted to see both with a tough choice. Young Toffee Anna Mallanaphy is calling on the broadcasters to accommodate both fixtures and avoid the clash…

Hi, I am Anna, a 10 year old girl from Liverpool and I love to watch and play football.

I play for Liverpool Feds Women’s football club and have done for a couple of seasons. I have made good friends there and like being part of a team.

I am a season ticket holder at Everton football club and have been to nearly all of the Everton men’s home games since I was six. I have been to some of the women’s games and was looking forward to the derby at Goodison Park, so was disappointed when it was cancelled because of COVID.

I was really pleased to see Everton women getting to the FA Cup final and I was looking forward to watching the game on TV. 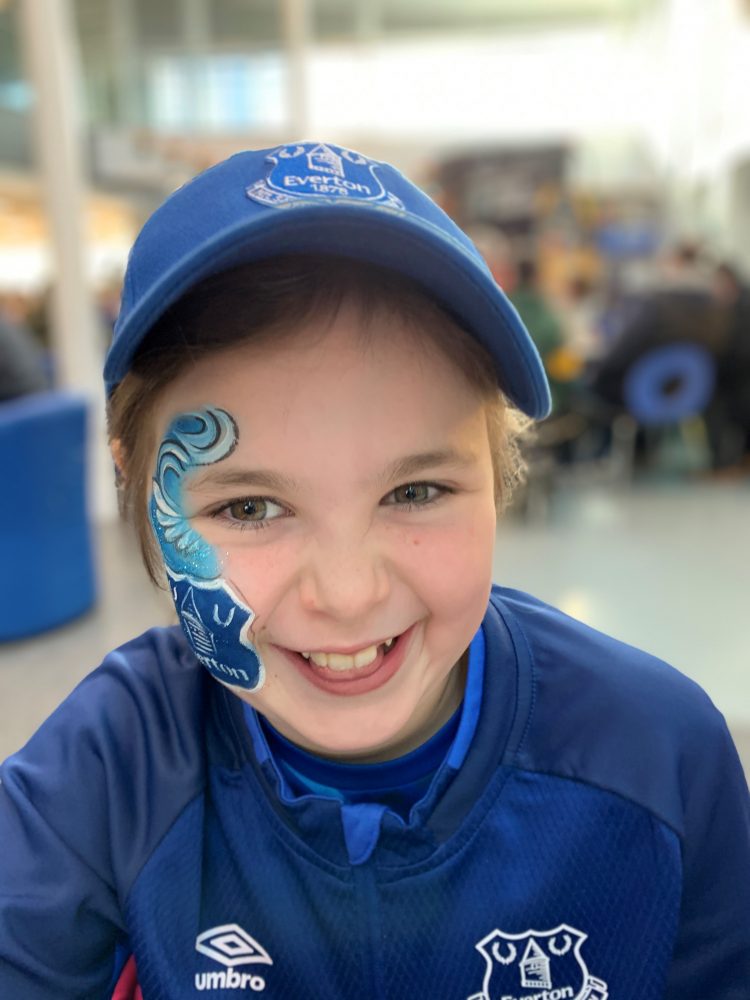 My Mum and Dad have told me that since the women got to the final the Everton men’s game against Newcastle has been moved and is now being shown on TV at the same time as Everton women. I don’t know why the Everton men have to play at this time as there are lots of other times they could play. I am a fan of Everton and want to support both teams, but I am going to have to choose which team to watch on that day.

My Mum and Dad have explained to me about fixture clashes and I understand that these happen. However, this is the FA Cup Final, there would not be a fixture clash if it was the men’s final so why should the women’s game be different?

I am really upset about this; the women have done so well to get to the final but may not have many people supporting them at home as most will be watching the men’s game. I would be disappointed if my team got to the final and nobody was supporting us.

I told my Mum and Dad that this isn’t fair so we talked about what we could do about it. I wanted to start a petition to ask Sky Sports to change the time of the men’s fixture. My Dad told me about online petitions so my Mum set one up for me. She also set up a Twitter account so we could share it with other people. I am overwhelmed by how many people have signed it so far and the lots of nice comments that have been made.

I have also written a letter to Denise Barrett Baxendale who is in charge of Everton and asked her to help support me and make my voice heard.

My Mum and Dad have explained that the men’s game probably won’t get changed, but if I can bring this issue to people’s attention then that is worthwhile.

Supporters organisations at Liverpool and Manchester City are calling on the FA to move their semi-final in April from Wembley after learning of rail disruption.

Earlier this month, we told you about the campaign started by ten year old Everton fan Anna Mallanaphy who is calling on the broadcasters to address a fixture clash between the men’s and women’s game that will mean many could miss out on the Women’s FA Cup final.

Plans for this month’s League Cup final have been criticised by supporters of the competing finalists over a lack of “logic or common sense”.