How much money is enough money? The concept of a European super league has been around since the late-80s but the idea that won’t die has once again resurfaced. The primary motivation behind it all is money and the plans represent a massive threat to lower league finances, domestic cup competitions, weekend football, and will lock out new entrants to European competition.

Who is behind this?

It’s led by Juventus chairman Andrea Agnelli and the European Club Association (ECA) with backing from UEFA executives (but not necessarily the FAs who make up UEFA’s structure).

Premier League clubs have actually spoken unanimously against the changes saying “qualification for the Champions League and the Europa League must continue to depend on current domestic performance.” Presidents from the Bundesliga and La Liga registered their opposition while the majority of Serie A clubs also opposed the plans.

“This is a typical American kind of competition, a kind of closed shop,” said Reinhard Rauball president of the German league and Borussia Dortmund. “We have to make clear that the national league is most important.” Bundesliga CEO Christian Seifert has threatened legal action.

La Liga President Javier Tebas said “UEFA and ECA are planning a competition which in the medium-long term will damage football since it is a concrete threat to the domestic leagues. UEFA and ECA want to divide the rich from the poor since solely 32 clubs will get the tickets to play in the money-making competition.”

What is the new format?

The knock-on effect on English football could be huge. Instead of eight groups of four teams each playing in the autumn, they’re going for four groups of eight – which means competing clubs would play 14 times between September and December, an additional eight games.

Adding that number of games into an already crowded fixture calendar would signal the end of the League Cup while the FA Cup would become a midweek competition without replays. The Premier League would reduce in size to 16 or 18 clubs.

Weekends should be for domestic leagues

The big battle is over weekend football slots which generate the most TV revenue. UEFA and the ECA want to control Saturdays and Sundays so they can hold their competitions on those days and rake in the revenue.

European fixtures could then take place at weekends, pushing our league fixtures into midweek slots – which would make life more difficult for away fans in particular, and destroy the traditional culture of weekend league football. It also means the biggest clubs would effectively have two squads – one for Champions League competition and another for the domestic grind.

You can guess which squad would be expected to turn up for a miserable Tuesday away game in February – it wouldn’t be the superstars and the quality in our domestic leagues would drop.

“Good riddance to them” 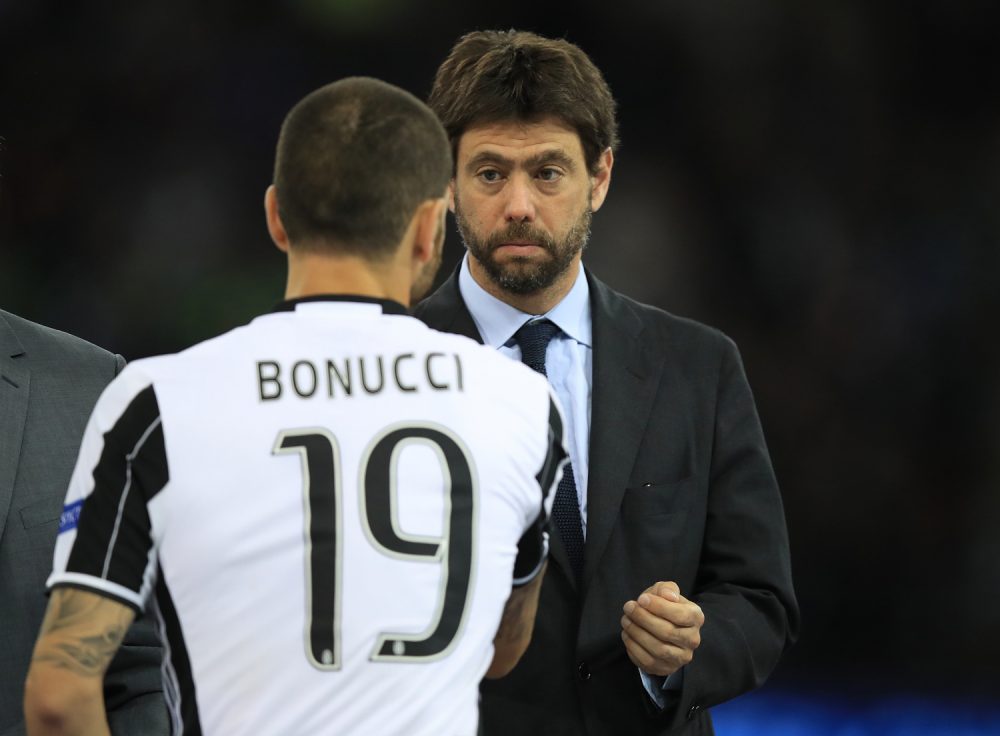 Why should you, a fan of say a League One club following England away, care about the greed of Juventus, Bayern Munich and their ilk? Get rid of the big six and we can have a better league without them. Can’t we?

No, because the prospect of so much broadcasting money going to the European elite clubs would have a hugely negative impact right down the English football pyramid. The plans would starve lower league clubs of funding, destroy domestic cup competitions, and prevent newly successful clubs from competing in Europe.

Here at the Football Supporters’ Association we also believe that fans should stand together in solidarity and not let UEFA or the ECA play divide and rule.

Supporters’ groups at all the top clubs in England have spoken out about their opposition to the proposals and, even if you don’t support one of those clubs, you can get behind their fans who respect the traditions of football and want to protect domestic competitions.

Liverpool supporters might have loved seeing their team win the Champions League but that doesn’t mean they want to breakaway from domestic football.

The 3pm blackout will end

If Champions League matches are played at weekends then inevitably the blackout of televised matches at 3pm on a Saturday will soon be a thing of the past, meaning that all down the pyramid clubs will be competing directly against televised football.

Owners and fans’ groups outside the Premier League fear that if top-flight games were broadcast at 3pm on Saturdays then crowds in the EFL and non-league would drop, while younger fans might be tempted to follow a faraway “glamour” outfit rather than their local club.

There is precedence for that as we’ve seen clubs such as Macclesfield Town (then competing in the National League) move a match to avoid clashing with in order to avoid a clash with Manchester United’s televised Champions League game against Real Madrid.

In the 2017 FSF National Survey 53% of fans strongly agreed it was important to retain the 3pm Saturday TV blackout to protect lower league clubs. A further 20% “somewhat agreed” while only 20% disagreed with the statement.

With the potential for a drastic reduction in the Premier League’s broadcast income, the money that filters down in the form of solidarity payments would take a significant hit. Last season, Championship clubs shared £72.6 million, League One clubs £16.3 million and League Two clubs £10.9 million of Premier League TV income. The loss of this solidarity money could push a number of EFL clubs over the edge financially.

While we have long argued that much more of the Premier League’s income should be distributed down throughout the rest of the game, it remains true that the Premier League distributes a larger proportion – and therefore a significantly larger amount – of its wealth down through the pyramid than any other league. A reduction in total income is likely to lead directly to a cut in solidarity payments and a brutal financial impact elsewhere in the game.

No to closed leagues and domination by a few top clubs

Do not fall into the trap of thinking that UEFA or the ECA’s plans are really about giving the little clubs a chance. Their plans would see closed leagues which effectively lock out newcomers to the competition. If their ideas had been in place in 2016 Leicester City would not have been allowed to compete in European competition, despite being Premier League champions.

This is an old boys network which wants to horde the cash and lock out new entrants. The ECA’s Edwin Van der Sar argues that “stability is important for clubs to develop over a longer period of time.” Think about that. What “stability” actually means in European football is guaranteed entry! We believe that access to Europe’s competitions should depend upon recent results – not history and heritage.

Once initial membership of the new Champions League is established, there’d be promotion and relegation of eight teams from the 32 at the end of each season – with the four semi-finalists of the Europa League being promoted, and only four places available to clubs based on domestic performance.

With the five English teams unlikely to finish outside the top 24, there’d be no prospect of any other English team qualifying for Europe again.

What does the FSA think?

Kevin Miles, chief executive of the FSA: “These proposals are totally counter to the principles of sporting achievement, and the knock-on effects would be disastrous throughout the game.

“The plans could force lower league clubs to the edge of the abyss, destroy domestic cup competitions, and pull up the drawbridge on teams with no European pedigree.

“It doesn’t matter how big or small your club is – these proposals would be massively damaging throughout the football pyramid. We’ll do everything in our powers to oppose them.”

What do fans on the continent think?

At this year’s European Football Fans Congress which took place in Lisbon, Portugal (4th-7th July) supporters from across the continent discussed the proposals and passed the below motion unanimously:

This General Meeting notes with concern the reported proposals by UEFA and the European Club Association to restructure European club competitions from the 2024-2025 season onwards. These proposals as they seem to be currently constituted imply a significant increase in the number of European fixtures and a dramatic shift of status and revenues from domestic leagues to European competitions.

This General Meeting believes that any proposals to reform European club competitions must be subject to consultation with other stakeholders, and in particular with supporters and their representatives at national and European levels.

We reaffirm our commitment to the following principles, against which we will measure any future reform proposals:

When will this happen?

The proposed starting date for the new competition, the 2024-2025 season, might seem a long way off but the complexity of arranging such a change means that the decision is likely to be taken in December 2019, and certainly by the end of the 2019-2020 season.

UEFA meet in Nyon (Switzerland) on Wednesday 11th September 2019 to discuss these proposals and fan groups will continue to make their views known in the build up to that summit.

Still want to find out more? You can download the fully comprehensive FSA briefing paper here.

The Government today announced the launch of its promised fan-led review. The Department for Digital, Culture, Media & Sport secretary of state Oliver Dowden told the Commons that the recent European Super League proposals left the Government with no other option than to act.

Fans of “Big Six” united in condemnation of breakaway Superleague

Supporters from across English football – including fans of the “Big Six” – are united in their condemnation of plans for a breakaway European Superleague.

Following reports in the media today that 15 of Europe’s biggest clubs – including Manchester United, Manchester City, Liverpool and Chelsea from the Premier League – have agreed to form a breakaway European Superleague, the FSA issued the following statement:

Europe’s biggest clubs have been roundly criticised by their own supporters today over plans to expand the Champions League.