The 2010/11 season saw a rise in manager dismissals compared to 2009/10 according to figures from the League Managers Association. There were 58 changes of manager last season with dismissals accounting for 40 of those. This compared with 2009/10 during which there were 51 changes and 36 dismissals.

Seven Premier League managers were dismissed during 2010/11 as opposed to 10 in the Championship, 12 in League One, and 11 in League Two (as of 5pm on Thursday 2nd June 2011). While it might come as a surprise to many that the Premier League came bottom of the ‘sack race’ it should be noted that only 20 clubs make up the top flight as opposed to 24 in every other league.

The LMA’s figures also show that the average time for a manager spent in post this season was 1.58 years – up from last year’s figure of 1.4 years. LMA Chief Executive Richard Bevan described the average tenure as “worryingly low”. Ironically, while the average tenure actually increased last season the LMA said this was due to the dismissal of a number of long-serving managers.

Two thirds of dismissed managers last season were sacked at below average tenure – that is within one and a half years. Half of those dismissed were gone within a year of appointment while nine managers were sacked six months of being appointed.

The averages vary slightly across leagues, with average tenure in the Barclays Premier League highest at just over two years (2.07), the npower Championship at 1.4 years (and indeed until the sacking of Dave Jones this week, Championship tenure stood at an average of only 0.89 years, or ten and a half months in post), and npower Leagues 1 and 2 at 1.67 years and 1.33 years respectively. 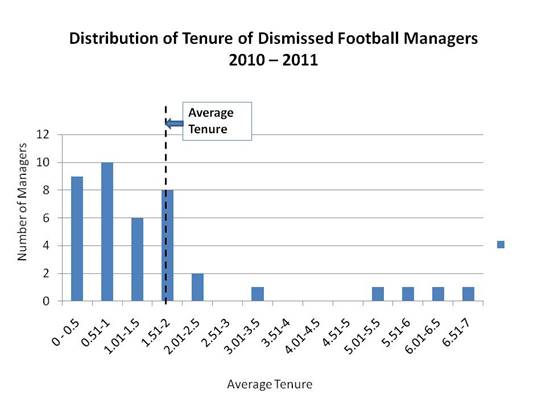 Join the FSF for free today

“Our Club” – film charts rise of Portsmouth from the ashes

The story of how Pompey fans saved their club is the subject of a brand new documentary feature film set to be released on streaming services this Easter weekend.

The FSA makes its debut… in Football Manager

Football Manager 2022 has arrived and the Football Supporters’ Association is delighted to make its debut in the legendary management sim.