The midlands club will become the first Premier League club to retrofit rail-seating type accommodation into an existing stand.

Seats in the Sir Jack Hayward Stand will be replaced this summer by the rail seats and all seats in the Stan Cullis quadrant will be fitted with an independent barrier.

The club said they were proud of the move and say both areas will fully comply with the Sports Ground Safety Authority’s (SGSA) most recent guidance.

Wolves managing director Laurie Dalrymple said: “After consultation with South Bank season ticket holders and discussions at Fan’s Parliament, we are delighted to be in a position to confirm that barrier seating will be installed at Molineux this summer.

“In April, we sent all supporters who have a season ticket in the South Bank a survey asking them a number of questions about their match day habits, including whether or not they would be in favour of barrier seating in the stand.

“An overwhelming majority of 97 per cent told us they would be in favour of the change.” 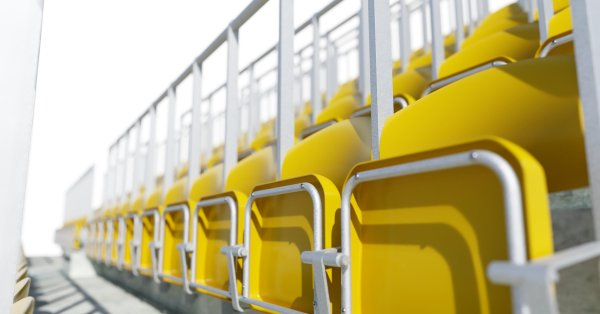 Wolves follow in the footsteps of Tottenham Hotspur who revealed seats with barriers at their new ground earlier this year.  While League One’s Shrewsbury Town were the first in the country to use similar technologies – completing an installation of 500 rail seats at New Meadow back in May 2018.

“Government and SGSA are committed to evidence-gathering across a range of different standing technologies and stadium designs,” Peter said.

“We hope that the opportunity to observe such a large installation of rail seats at the highest level of the game provides a lot of data that can further progress the debate.”

Earlier this month a YouGov poll showed widespread support for reform to the laws around standing at football in the top two divisions – it also showed the majority of MPs backed a change to the all-seater legislation.

Peter said: “The current situation – one of prohibition where clubs cannot openly manage the demand for standing, but where it is widely accepted that it will go on – is unhelpful and unsustainable.

“We believe that properly managed standing, in properly designed standing areas, can be done perfectly safely in a way that includes all colours, ages, people with disabilities, genders and sexualities.

“Crucially, it also improves the match-day experience for people who want to – or have to – sit.

“Wolves’ decision moves us closer to testing this hypothesis, we welcome it wholeheartedly, congratulate and thank them.”

Bristol City are set to become the latest club to provide their supporters with standing accommodation after they unveiled plans to install just under 1,200 rail seats at Ashton Gate.

Manchester United have been given the go-ahead by their local authority to install rail seats at Old Trafford.

Liverpool are the latest club to announce a trial of rail seating, with 7,800 rail seats due to be installed at Anfield ahead of the new season.